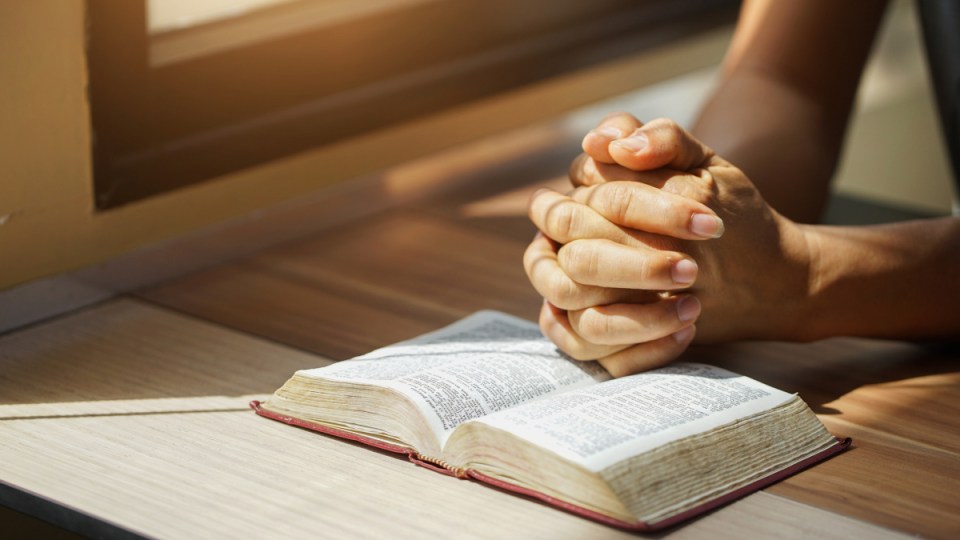 The religious discrimination bill has been introduced into Parliament. Photo: Getty

More than 1070 days after first promising it, the Coalition government has finally introduced its contentious bill on religious discrimination.

But it has attracted criticism from conservatives for not doing more to protect religious freedoms, while civil rights groups say it goes too far.

The bill will likely dominate debate for the next week of Parliament and loom over the lead up to the federal election in early 2022.

So what is the bill, and what will it do?

What is the religious discrimination bill?

The legislation was announced in December 2018, following recommendations from former attorney-general Philip Ruddock’s review into religious freedoms in Australia.

That followed concerns from faith groups following the passage of marriage equality legislation.

Religious organisations had concerns about freedom of faith where it intersected with employment, commerce, health and education; citing standard examples as doctors objecting to performing abortions, religious schools hiring or firing gay teachers, or same-sex couples ordering a wedding cake.

Mr Morrison, announcing the proposal alongside then-attorney general Christian Porter, claimed there was “no more fundamental liberty” than freedom of religion, which he said was “absolutely central … to the proper functioning of the successful modern democracy in which we live”.

On Thursday, 1078 days later, following an entire election cycle and now on the cusp of another, Mr Morrison finally introduced it.

What will it do?

The Religious Discrimination Act 2021 (RDA) generally aims to make it “unlawful to discriminate against a person on the ground of religious belief or activity”, in areas from work, education, access and commerce.

“This bill seeks to protect people of faith from discrimination on the basis of their religion in daily life, including work, education, buying goods and services and accessing accommodation,” Mr Morrison said in introducing the bill.

What are people saying about it?

Mr Morrison has described the bill as a “shield not a sword”, claiming it only looks to protect existing freedoms, not to create new opportunities for discrimination or bigotry against – for instance – LGBTIQ communities or people with a disability.

But Equality Australia claimed the bill would actually create such risks, specifically concerned about the “statements of belief” provision.

CEO Anna Brown warned this could create opportunities for people of faith to make harmful comments about marginalised communities.

She claimed the bill would “wind back hard-fought protections for women, people with disability, LGBTIQ+ people, and even people of faith”.

Moderate Liberal MPs have raised concerns about these same provisions, warning they wouldn’t accept the creation of windows for gay teachers or students to be fired or expelled from religious schools.

Mr Morrison is adamant the RDA does not create such openings, but Liberal MP Trent Zimmerman said he found the possibility “disturbing”, and wanted more explicit protections.

Fellow Liberal Dave Sharma said he too was concerned by “potential risks” faced by gay students and teachers, and said the government should make it “crystal clear” that such people were protected.

On the other end of the spectrum, independent MP Bob Katter said there were not enough protections for faith groups.

He was “deeply concerned” that the so-called ‘Folau clause’, which would have blocked employers from taking action against workers who made controversial “statements of belief”, had been removed from the early drafts.

The clause was named for footballer Israel Folau, sacked after posting an Instagram graphic claiming gay people, liars and adulterers would go to “hell”.

“The whole intention of this bill is to protect against religious persecution; people who are being punished because of their religious belief,” Mr Katter said.

“It is one thing to agree or disagree with the Bible, that is your privilege. It is another thing to start punishing people for expressing their beliefs from the Bible, then you are in big trouble indeed.”

Conservative think tank, the Institute of Public Affairs, said the bill’s provisions were “too vague” to protect people of faith, and risked “doing more harm than good”.

Greens Senator Janet Rice slammed the bill as a “hateful s–tshow”, claiming it would lead to further discrimination against minority groups.

“The statements of belief clause is an unprecedented overreach by the government that is unlike any other federal anti-discrimination law, and will override hard-won state and territory protections for women, disabled people, minority faith communities, First Nations & LGBTIQ+ people,” she claimed.

Will Labor support it?

Labor has not indicated its position on the bill yet, preferring mostly to let the government fight among themselves.

Shadow attorney-general Mark Dreyfus said Labor supports the broad idea of religious discrimination protections, and stressed that people had a right to act in accordance with their faith.

However, he also emphasised the “complex” nature of the bill, and said it should be subject to a rigorous parliamentary inquiry, to hear from affected communities, so the bill could be refined.

Labor, crossbench members and some Liberals want to see the bill referred to a joint House-Senate committee, so it can be reviewed through an inquiry process.

The government attempted to divert the bill instead to a Senate committee that would be asked to report back by February – not a lot of time, considering the end-of-year holiday period, to consider such a wide-ranging and long-delayed bill.

That push was stymied by the Senate on Thursday, so it will return for consideration on Monday.

Senior Coalition sources said they expected Labor would ultimately support the bill, to avoid a fight with the government that could potentially alienate religious communities before the coming election.

What is the religious discrimination bill and why does it matter?