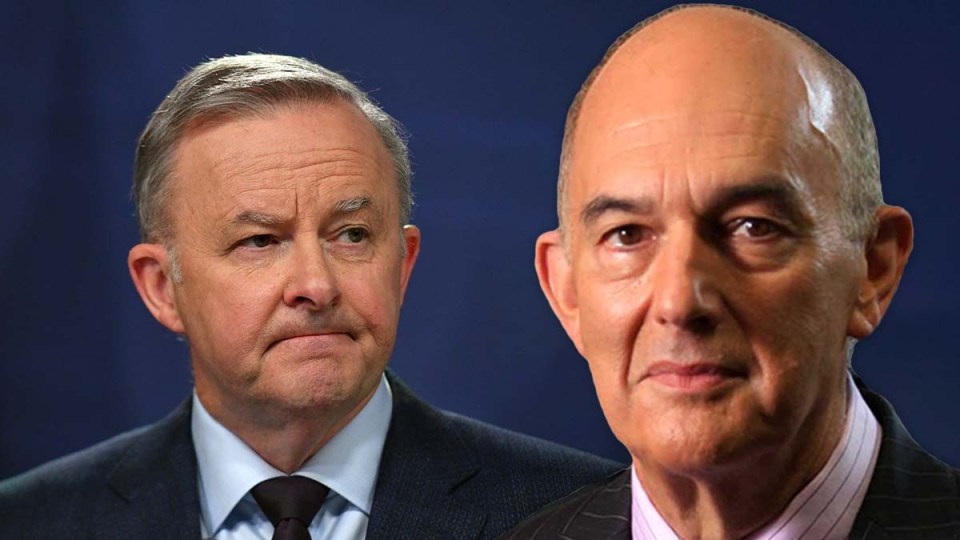 A reality check means Anthony Albanese has little to fear from the PM, Paul Bongiorno writes.

The popular wisdom seems to be that Labor leader Anthony Albanese is hanging back on revealing his climate change ambitions because he is afraid Scott Morrison will immediately frame anything he promises as job destroying and economy wrecking.

This view is only half right.

There is no doubt whatever Mr Albanese comes up with, the Prime Minister won’t hesitate to make those claims.

Furthermore he will surely value add by inventing policies Labor has not embraced or entertained.

This is where we need a reality check.

Labor did not lose the last election because of its climate policies.

Analysis by the party and the Australian National University shows these polices were a vote winner.

It’s just that they didn’t compensate for the loss of votes in the mortgage belt, aspirational outer suburban seats.

Sure, it would have helped to win a couple of targeted coal seats in Queensland, but in a near-run thing Labor needed to hold or win seats like Longman near Brisbane or Reid and Lindsay in Sydney.

And not to be underestimated is the drag on Labor’s vote of an unpopular leader in Bill Shorten, who was not trusted with an ambitious policy agenda that Scott Morrison was able to characterise as an attack on these voters’ jobs, incomes and property investments.

Now we can fast forward to the present.

How much of a drag it is for the Prime Minister is arguable, after all Australians are sceptical if not cynical of all politicians, but there is no doubt it is a much bigger negative for Mr Morrison this time.

And the other incontrovertible fact is the climate change issue has dramatically moved on, in no small part due to Mr Morrison’s concession that net zero by 2050 is no longer “economy destroying” but a reality that – if confronted properly – can create enormous job and economic opportunities.

Indeed The Australian’s weekend page one splash told us so, embracing the government’s fanciful modelling of how the target will be almost achieved, contradicting its denialist agenda of three years ago.

On Monday Mr Albanese was in no hurry to say how ambitious his emissions reductions targets would be except to promise he’ll have more to say “before the end of the year”.

The thinking is he’ll do it after the next two parliamentary sitting weeks so that the focus can stay firmly on Mr Morrison’s stumbles and fumbles.

Mr Albanese did say that “a Labor government will tackle climate change and will join the world rather than being in the naughty corner, as Australia is under this government”.

So, more ambitious but no so ambitious as to distract from new job opportunities he wants to promise blue-collar workers and the suburbanites who were fearful of Labor in 2019.

Whatever Labor does it will be in the context of a “future made in Australia” further investing in renewables to make the country a “renewable energy superpower” providing industry with cheap power to make things like, trains and trams from ‘green steel’ and aluminium.

Already Mr Albanese has neutralised Mr Morrison’s “big taxing” scare based on Mr Shorten’s now-discarded tax policies and, like the Prime Minister, is looking to grow the economy on further borrowings.

The campaign could boil down to whose debt do voters prefer, the Liberals’ pork barrelling and leaving most of the heavy lifting to the animal spirits of “can-do capitalism” or Labor plunging into the red for new-age job creation backed by more spending on technical education and more generous Medicare health benefits – all on the agenda?

Evidence in the Newspoll of the current state of play suggests Mr Albanese is in the box seat, which explains why the PM has gone into early campaign overdrive.

Labor has led the past seven Newspolls by six or eight points two-party preferred, while the Liberals have not led Labor once this year – the best they did was 50-50 in June.

But tellingly, Mr Morrison’s satisfaction rating has fallen off a cliff from a positive 32 per cent in February to a negative 8 per cent in this week’s poll.

Even in the better PM measure the trend has been spectacularly down, Mr Morrison’s lead almost halving in the past month from 14 per cent to 8 per cent.

In both measures those uncommitted is 15 or 16 per cent, meaning the jury is very much still out on Mr Albanese while only 4 per cent are uncommitted for Mr Morrison.

This has urban Liberals very worried with some like Jason Falinski in Sydney openly calling for more climate change commitment and others in regional Australia fearing the writing is already on the wall.

While it is true that governments lose elections rather than oppositions win them, the alternative still needs to be credibly more attractive.

That is why many in Labor are looking for Mr Albanese to get a wriggle on and make it easier for the uncommitted to fall his way.