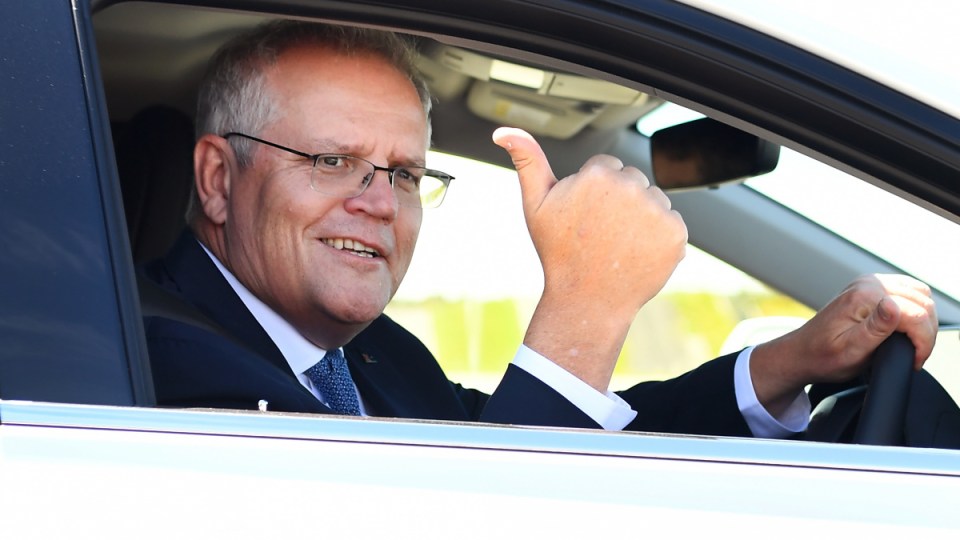 Prime Minister Scott Morrison says he is "just pleased to be out and about talking to people". Photo: AAP

Scott Morrison is claiming underdog status ahead of a federal election following a new poll showing him losing ground as preferred prime minister.

The latest Newspoll has the coalition regaining marginal ground against the opposition but still trailing Labor 47-53 per cent after preferences.

“I think that is fairly clear, but I have been here before, on more than one occasion,” Mr Morrison told reporters in western Sydney on Monday.

“Having spent pretty much since June locked up in various quarantines and other lockdowns in NSW and in Canberra, I am just pleased to be out and about talking to people.”

The Newspoll showed 46 per cent of those surveyed preferred Mr Morrison as prime minister, down two points, while Mr Albanese gained four points to be at 38 per cent.

The prime minister, who spent most of last week touring battleground electorates in NSW and Victoria, spent Monday in the marginal seat of Lindsay in western Sydney.

Once a bellwether seat, Lindsay is held by Melissa McIntosh for the Liberals by five per cent.

‘Give it up, mate’: Backlash for McGowan after Dutton criticism
‘Laggard’ Australia may not increase 2030 climate cuts, despite agreeing to do so
Today's Stories