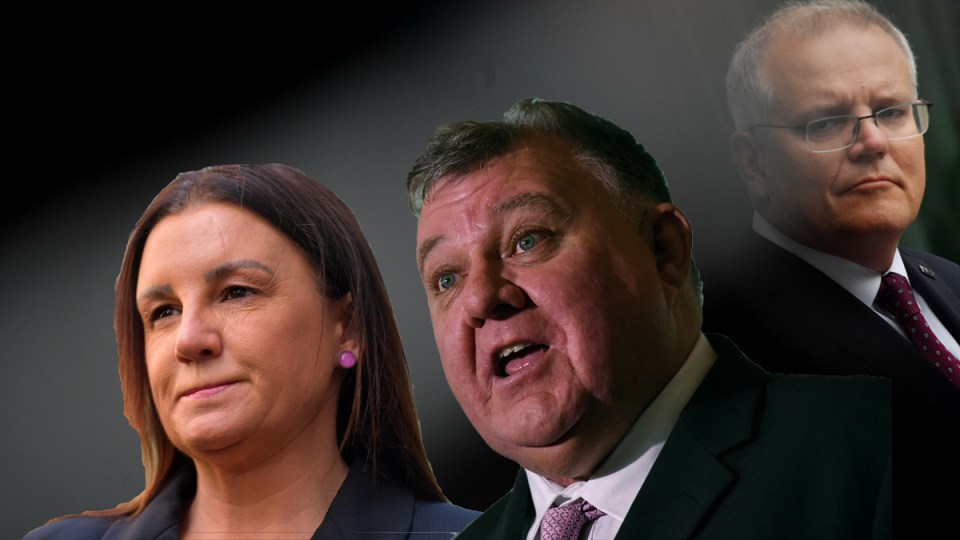 Scott Morrison faces an uprising over veteran suicides, with Jacqui Lambie and Craig Kelly urging him to start a royal commission. Photo: TND

It comes as Senator Jacqui Lambie challenges the PM to “get on the front foot” and announce a royal commission off his own bat.

Calling for the inquiry could avoid humiliation. But it would be a major policy backflip for a government that has steadfastly rebuffed such an idea in favour of a national commissioner into suicides – an idea unpopular in veterans’ circles.

“They need to show some courage. This isn’t something I want to fight over,” Senator Lambie told The New Daily.

Literally every single senator, Labor, Greens, every crossbencher and every government senator, just voted to call on the Prime Minister to establish a Royal Commission into veteran suicide.

The PM & the House of Reps will have to vote on the same thing next week. #vetsweforget pic.twitter.com/phQd2hCi4R

At issue is a Senate motion, overwhelmingly passed last week, calling on the government “to establish a royal commission into the rate of suicide among current and former serving Australian Defence Force personnel”.

The same motion will come to a vote in the House of Representatives this week.

The Morrison government has opposed such a royal commission.

Instead, it proposed a permanent independent commissioner to investigate the issue – but its plans were stymied in the Senate, where Labor and the crossbench wouldn’t back it.

The government faces real danger of losing a vote in the House.

The Coalition has 75 of the 151 members on the floor, plus Speaker Tony Smith.

Labor, the Greens and the crossbench could muster 75 votes on their own, forcing a deadlock for the Speaker to break.

But TND understands up to eight government members – including defence veterans, and Members with large veteran communities in their electorates – could either cross the floor to vote for a royal commission, or abstain from voting.

Mr Kelly, who recently quit the Coalition to sit as an independent, will vote for a royal commission.

The Member for Hughes’ seat includes the Holsworthy army barracks, and he said veterans and serving defence personnel told him they wanted such an inquiry.

“Veterans say the mere fact of calling a royal commission would be a panacea in the community, and would provide a light at the end of the tunnel for people struggling,” Mr Kelly told TND.

“People say the mere fact that you’ve called a royal commission will save lives. They say ‘There’s a light. I can tell my story’.”

Mr Kelly mused that Mr Smith, as Speaker, could face a tricky choice between voting in favour of a motion backed by the Senate, or voting to support his party’s line.

“There’s a few people in the government who have big veterans’ communities, or are veterans themselves, and would find it difficult to vote against a royal commission. They’ve got mates to face,” he said.

“It might only need one government member to abstain … they might be detained in the bathroom, or get caught at lunch.”

Mr Kelly told TND he was investigating whether he could add an amendment to the Senate motion, obliging the government to “immediately” call a royal commission.

He was concerned about the government “kicking it into the long grass” by supporting the motion but shelving action until far down the track.

Senator Lambie has called for a royal commission since 2014, and slammed the government’s independent commissioner as “crap”.

She was a driving force behind last week’s Senate vote, but said she didn’t actually want it to come to a vote in the House.

“I hope they wouldn’t have to do it. I hope [Mr Morrison] would come out and announce a royal commission in the morning and get on the front foot,” she said.

“He should let them vote by their conscience … there should be no repercussions for backbenchers talking about veterans.”

Heston Russell, a former special forces commander and founder of the Voice Of A Veteran advocacy group, said other veterans had told him a royal commission would be a much-needed “symbol” of hope.

“We already have these facts and data. We keep seeing systemic failings in care and support services. It’s now at a point in the veteran community that nothing but a royal commission will do,” he told TND.

He said he had also spoken to several Coalition MPs who “guaranteed” supporting the motion.