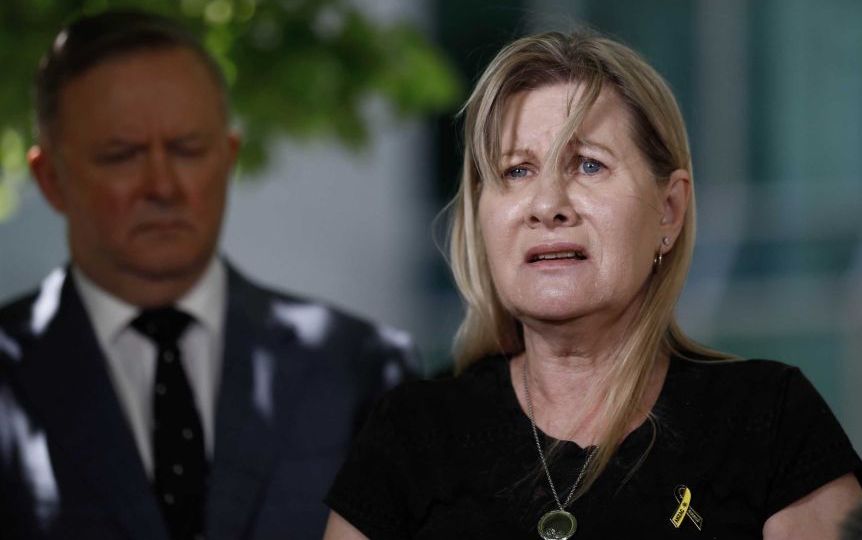 Julie-Ann Finney says the national commissioner into military suicides will "do nothing for anyone". Photo: ABC

The mother of a veteran who took his own life has voiced her anger and frustration at the government’s proposed national commissioner to investigate military suicides, saying the only way to prevent future deaths is through a royal commission.

Julie-Ann Finney’s son, David, a former petty officer in the Royal Australian Navy, died in February 2019. He had been being medically discharged, suffering from post-traumatic stress disorder, in 2017.

Following his death, Ms Finney lobbied for an inquiry into veteran suicides but previously said she was “not convinced” the government’s plan for a commissioner role would have enough power to complete a thorough investigation.

In February, the Prime Minister announced the creation of a new National Commissioner for Defence and Veteran Suicide Prevention, which would be tasked with looking at ways to reduce the suicide rate in veterans and those currently serving.

Speaking on Tuesday, Ms Finney said after seeing more detail of the proposed role she believed it would “do nothing”.

“We need a royal commission, that is the only thing that’s going to look at this in depth,” she said.

“This is nothing, it does nothing for anyone.

“You know this government offered me a ‘mother’s medal’, I don’t know what that would look like … they come up with things to placate us and that’s all they do.

“I’m not going to be placated, my son is dead, they want to give me the opportunity to tell my story? My son is dead – I have to deal with it.”

Legislation to formally create the role is before Parliament and is still being debated.

But the opposition has announced it will not support the bill and is instead renewing its calls for a royal commission.

“This is an issue which Labor didn’t come to lightly when we made the decision to call for a royal commission into veterans suicide,” Labor leader Anthony Albanese said.

“We did so after talking to the families of those who had lost loved ones.

“[The commissioner] wouldn’t examine, in any systemic way, what families have asked for.”

Independent senator Jacqui Lambie – a veteran herself – took out a full page ad on Tuesday that featured an open letter from a range of advocates also demanding a royal commission.

The letter, titled a “cry for help”, included signatures from veterans, the family of dead veterans and politicians.

“Eleven Australian veterans have lost their lives to suicide in the last three and a half weeks, and this year that number is snowballing,” Senator Lambie said.

“Only a royal commission, with broad powers, complete independence, wide terms of reference and a clear start and end date, can draw the line in the sand.”