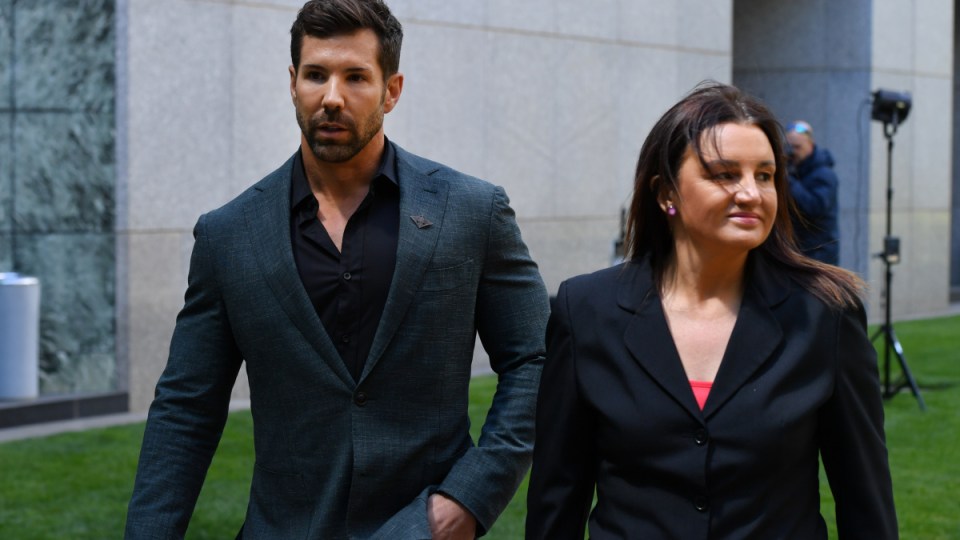 An angry Senator Jacqui Lambie has told the Australian Defence Force to “back off” on its plan to strip military honours from special forces troops who served in Afghanistan, as one veteran questioned the findings of the Brereton report into alleged war crimes.

Senator Lambie and independent MP Bob Katter have called for the sacking of Chief of Defence, General Angus Campbell, while retired special forces captain Heston Russell accused the media of “the lowest of the low” in reporting of war crime allegations.

The ADF has walked back General Campbell’s initial pledge to strip the Meritorious Unit Citation from 3000 special forces troops. However, controversy still lingers over the recommendation from the war crimes report, with News Corp reporting the government requested new powers from the Queen to remove military honours.

“I find this so unAustralian. You’re already saying these guys are guilty, that you’re investigating,” Senator Lambie said at a Parliament House press conference on Tuesday.

“You’re saying all 3000 are guilty. You cannot do this. The way this is being done, changing rules and regulations around the citation, is absolutely one of the lowest points I’ve yet seen.”

“Back it off until we know who is proven guilty.”

The Tasmanian senator stood alongside Mr Russell, who runs soldiers’ support community Voice Of A Veteran.

He blasted ADF leadership over confusion around the citations, claiming soldiers had lost faith in General Campbell, and linked recent veteran suicides –11 in the past month alone, according to Mr Russell – to uncertainty over the report.

“Too much is occurring behind closed doors. The veteran community is in outrage. Decisions are being made, unchecked by our government,” Mr Russell said.

He has recently vehemently denied some media reports on war crime allegations. In November, he identified himself as the platoon commander of a unit that an ABC investigation alleged was involved in killing an unarmed Afghan prisoner, and denied the incident had taken place.

In a tense press conference on Tuesday, Mr Russell said he was not among those accused of any wrongdoing in the Brereton report, which redacted names of all involved. Mr Russell also denied witnessing any of the alleged incidents.

When asked by an ABC journalist if alleged war crime murders were “the lowest of the low”, he took aim at how the findings had been reported.

“The lowest of the low is that you continue to stand here and accuse them of crimes they’re about to stand in an investigation, and must stand in court. No one, including the Prime Minister, is judge and jury,” Mr Russell said.

“We are saying the allegations are confronting, are shocking, and if proven are unAustralian, but what is unAustralian is not affording the due process, standing up an entire office of the special investigator, changing rules behind closed doors.”

“Why are we making decisions here and now on credible information, and not allowing due process?”

Mr Russell claimed the federal government had “lost the trust of so many veterans and their families”. He also called into question the findings of the Brereton report, especially a key claim that 39 alleged murders were not in ‘fog of war’ or ‘heat of battle’ situations.

“What is the ‘heat of battle’?” Mr Russell said.

“Special Air Services regiment were required to go out and prosecute targets … The Americans and British would drop bombs on these people. We would not afford that collateral damage, so we sent soldiers out to prosecute, capture and kill them, and under legal authority, could have done so in any circumstances.”

He claimed some incidents reported in media were a “snapshot”, saying there might be wider contexts to the specific allegations of murder.

“That has to go through to the office of the special prosecutor. I wasn’t there,” Mr Russell said.

“I don’t know what ‘the fog of war’ is. All I know is there’s been a four and a half year inquiry that has been conducted, and what we need to do now is not sit here and debate ‘fog of war’, we need to allow those accused to be afforded the presumption of innocence.”

Mr Russell also questioned how the report was compiled.

“There are so many questions [about the Brereton report], such as immunity being provided, people not medically sound being interviewed,” he said.

Senator Lambie also spoke about veterans’ suicides, and rubbished plans from the government to bolster a planned special commission into the issue. She reiterated her previous calls for nothing less than a full royal commission, calling the refreshed government proposal “absolute crap”.

“To be subject to what they’re being subject to, is unbelievable to me,” he said.

“I want him [General Campbell] sacked.”