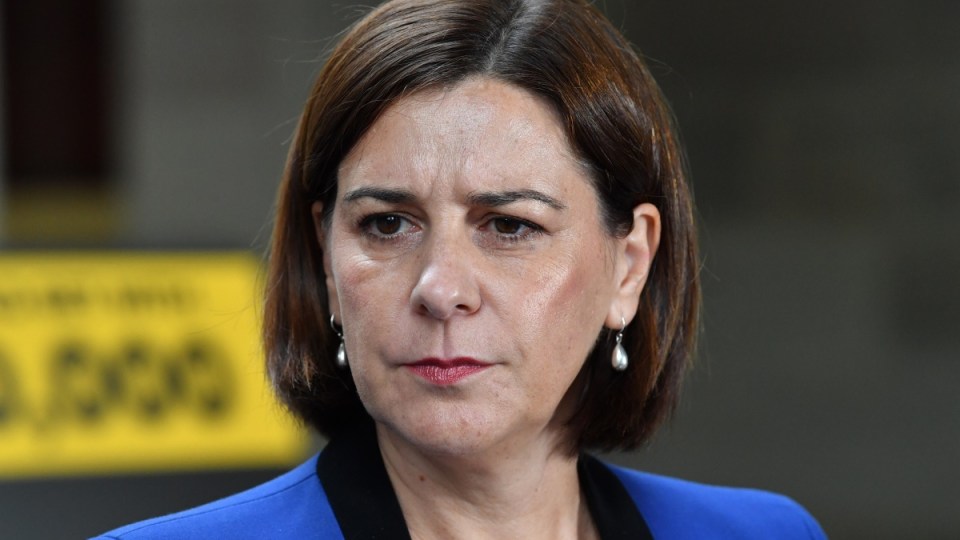 LNP leader Deb Frecklington said she had not seen the tweet. Photo: AAP

The opposition is set to lose up to four seats with Labor on track to hold 52 seats as counting continues on Monday after Saturday’s poll.

Ms Frecklington declared that she would stay on as LNP leader in her concession speech, but says she has since changed her mind.

She says as soon as the election results are declared she will call a party-room vote for a new leader and not stand herself.

“I will not be a candidate in the leadership contest, whoever the new leader of the LNP is will have my full support, and my full loyalty. I will assist them in any way possible to help this party move forward,” Ms Freckling told reporters on Monday.

“Now it has been the greatest privilege of my life so far, to be the leader of the Liberal National Party.”

She apologised for the LNP’s loss and thanked all the LNP’s candidates and volunteers for the hard work on the election.

“Now I am sorry that despite all of that support that we have had we were unable to win this election. I am the leader, and I do take responsibility for the election loss,” Ms Frecklington said.

Premier Annastacia Palaszczuk, Treasurer Cameron Dick and Deputy Premier Steven Miles are meeting with departmental director-generals on Monday to keep their promise of delivering a budget before Christmas.

Labor didn’t deliver a budget because the federal budget, which includes crucial GST forecasts, wasn’t delivered until October 6 when the state government was already in caretaker mode ahead of the election.

“I promised Queenslanders that we will deliver a budget before Christmas, and if that means working right up until Christmas we will,” the premier said on Sunday.

She says the state budget is likely to be handed down on December 8, the week after the new parliament is sworn in.

“We are working towards that,” the premier said.

Queensland’s economy is sluggish with the unemployment rate at 7.7 per cent in September, the highest in the country, and 209,000 people out of work.

The Labor government already has a $11 billion stimulus plan underway to try to deal with the impacts of COVID-19.

Mr Dick forecast net debt to hit $101.96 billion by June 2021, up from the $83.8 billion predicted in December, in a financial and economic update delivered in early September.