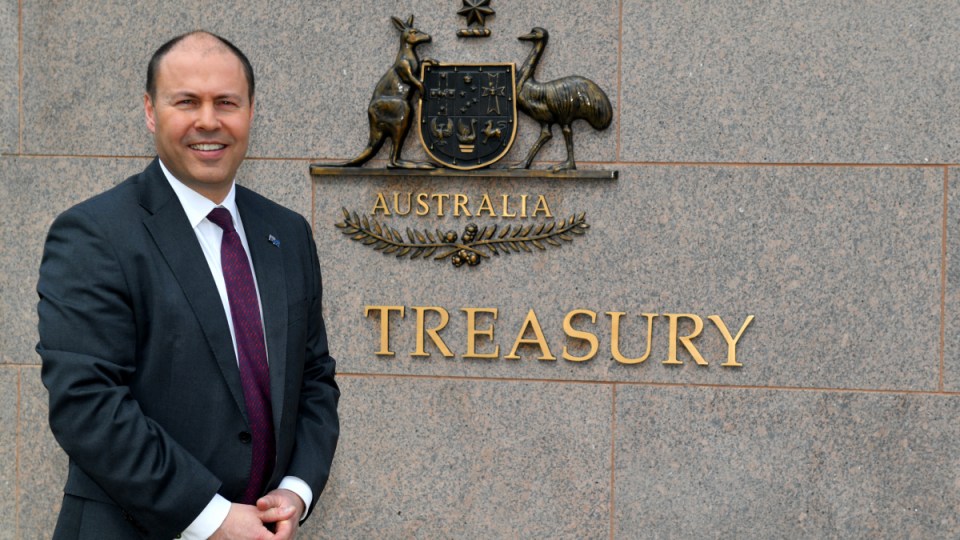 Treasurer Josh Frydenberg is assuming there will be a vaccine against the coronavirus sometime next year and he’s hoping his prescriptions for the economy will inoculate the government against blame if things go wrong.

And not to put too fine a point on it, it is about saving their own jobs by putting in place defences against an Opposition increasingly talking about the “Morrison recession”.

Shadow Treasurer Jim Chalmers does not quibble about the “devastating consequences for the economy and for the budget” caused by the pandemic health crisis, but he argues the government is making it worse.

Dr Chalmers says the government “needs to acknowledge that some of the decisions they’ve taken around JobKeeper and their failures to get money out the door … mean that the unemployment queues are longer than they need to be, the recession is deeper and will be longer than it needs to be”.

The Treasurer will be hoping that his blizzard of expensive announcements lifting the government’s official debt ceiling beyond $1.1 trillion and setting a hitherto unimaginable record budget deficit just above $210 billion will be more than enough to convince Australians he and his colleagues are on the job.

But politics is never that simple.

Consider this: In the wake of the global financial crisis, the Abbott opposition was able to convince voters that the Rudd government’s $14 billion primary school building program was a waste of money.

Senator Cormann repeated the charge again on Monday – despite the fact that, for its many misses, it saved the struggling building industry and provided much-needed upgrading of the nation’s schools.

The fact that the Morrison government’s JobKeeper program has seen millions of dollars go as bonuses to greedy executives in some of the biggest companies makes it similarly vulnerable to harsh criticism despite the million jobs it initially saved.

One suspects that the government is aware that inoculating itself from any blame when things go wrong is so much harder in such a rapidly evolving situation.

The scaling down of JobKeeper and the one-year time limit on the announced $1 billion apprentice wage subsidy suggests it is hoping something approaching President Trump’s “miracle cure” is just around the corner.

Any number of  medical experts in Australia are cautioning against thinking a vaccine – should it arrive – can instantly be given to everyone in the country.

Anyhow, budgets have a tendency to be forgotten almost as soon as they are delivered. Only the poorly received one lingers.

The government’s cause won’t have been helped by the weekend report on 9News showing that Scott Morrison’s multimillion-dollar congestion-busting promises made during the election campaign failed to meet their July deadline.

The Federal Government has spent less than half the money set aside in last year's budget for a congestion blitz.

Hundreds of millions of dollars was promised to help make the drive home faster by July. @jekearsley #9News pic.twitter.com/Aq4snAviuF

In fact, of the $400 million allocated to roundabouts, crossings and overpasses, only $140 million had been spent. And according to the report, some states and territories missed out completely.

But never mind, on Monday there was an avalanche of new road infrastructure announcements for every state and territory with a $7.5 billion price tag.

Apart from the fact that most people have no real appreciation of millions, billions, trillions and gazillions of dollars, they only know how their own circumstances are being impacted or how they fear they will be impacted.

Last week’s analysis by the Australian National University’s Centre for Social Research found that the winding back of JobKeeper and JobSeeker will push 740,000 Australians into poverty.

That’s a lot of spending taken out of a desperately struggling economy.

“Doctor Frydenberg’s” prescriptions on Tuesday night have a lot riding on them, and his political opponents won’t be cutting him any slack.

But he’ll be more concerned that he can convince voters to keep blaming the virus.

Paul Bongiorno: The government is counting on a budget vaccine