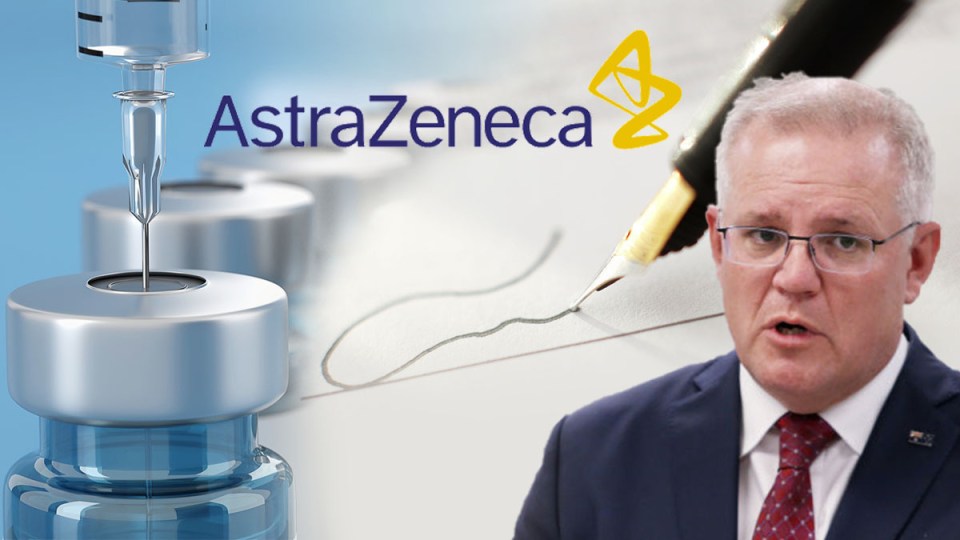 Australia has given indemnity to COVID vaccine manufacturers, the budget reveals. Photo: TND

A surprising admission that Tuesday’s federal budget calculations are based on a COVID-19 vaccine being available in 2021 has been met with scepticism, with epidemiologists saying it is no guarantee.

Treasurer Josh Frydenberg is expected to announce an eye-watering budget deficit north of $200 billion on Tuesday, as the federal government looks to spend its way out of a COVID recession with big-ticket infrastructure, jobs and industry packages.

However, that deficit might balloon even higher, with Treasury forecasts being calculated on the assumption that a coronavirus vaccine will come.

“The budget takes into account the possibility that [having a vaccine available in 2021] is the case,” Mr Frydenberg told Sky News on Sunday, adding that it “factors in those issues relating to the vaccine”.

Cause for ‘cautious optimism’

Vaccine experts and epidemiologists have consistently dampened expectations that of an imminent vaccine, warning that the fastest vaccine development on record – for mumps, in the 1960s – took four years.

Australia has agreements to produce two promising vaccine candidates, one developed by Oxford University and another by the University of Queensland, both of which are in late-stage trials.

However, it is unclear exactly when a vaccine might finally be approved for use, or how long it would take to manufacture and roll out enough doses to make any difference in wider public health, or to encourage state and federal governments to relax lockdown rules that are stifling the economy.

Other finer logistical details – such as whether a vaccine will be wholly or only partially effective, whether it will require one shot or several, or how often booster shots might be needed – are also unclear.

Hassan Vally, associate professor in epidemiology at La Trobe University, said there was cause to be somewhat positive about the prospect of a vaccine.

“You can only be optimistic, but there’s no certainty in any of this,” he told The New Daily.

“We’ve got a lot of people working on this, more resources than just about anything else in our lifetimes, but there’s no certainty. Producing a vaccine is difficult, things can go wrong at any time, but we can be cautiously optimistic.”

However, Professor Brendan Crabb, director of the Burnet Institute, said the government should be planning for a future without a vaccine. He said it might be 18 months before a strong vaccine could be manufactured and administered to enough people to put the country back on track.

“It’s not so easy to say we will have a vaccine ready within the next 12 months,” he told TND.

“When our Treasurer makes statements like that, I understand why he does, but it does need to be couched in these caveats.

“I’d argue we go full steam ahead in planning for a vaccine, but that’s only plan A. We need a plan B, which is really effective implementation of what we have now, better testing, better compliance with the interventions we have like masks and distancing.”

Finance Minister Mathias Cormann defended the budget’s assumptions on Monday, saying there was “a strong likelihood” of a vaccine in 2021, but flagged that Treasury forecasts might alter if the vaccine development situation shifts.

“If information changes, assessments change,” he said in Canberra.

“Estimates are based on the best available information and advice in front of us at that point in time.”

Shadow treasurer Jim Chalmers declined to whack the optimistic Treasury assessment, but said previous financial predictions around COVID had later been shown to be too fanciful.

“The last time that the budget was updated, it was based on the assumption that the international borders would all be opened on 1 January,” Mr Chalmers said, referring to the government’s Economic and Fiscal Update in July.

“The government doesn’t have a good record of anticipating what’s going on in the economy.”

“We’re all very hopeful we will get a vaccine,” he said.

“There is every hope there will be a vaccine in the early stages of next year.”

When asked by TND if the federal budget should be based on more than hope, Mr McCormack said: “There’s more than just hope in tomorrow night’s budget. There’s jobs, there’s infrastructure, there’s investment.”

Budget numbers based on a COVID vaccine that might never come