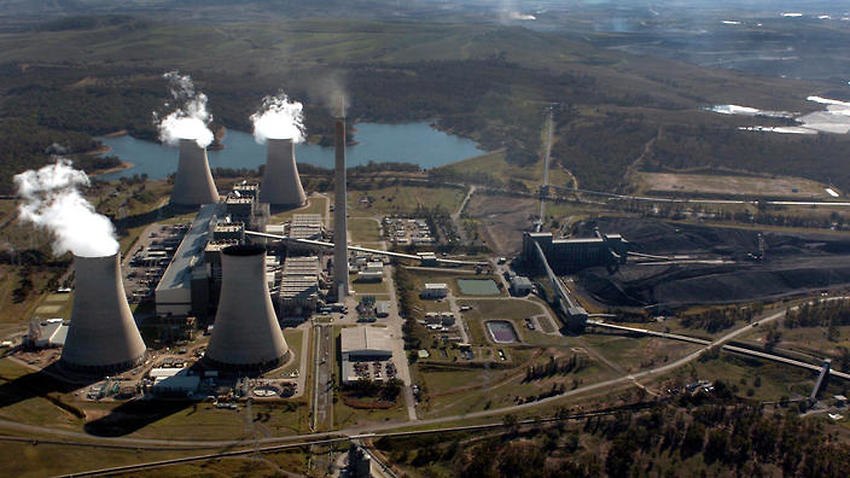 The Liddell power station is at the heart of the latest energy battle. Photo: AAP

The eternally-vexed issue of energy policy is again tearing apart Australian politics, with the leaders of both major parties facing questions over their gas plans and commitment to reducing fossil fuel emissions.

Prime Minister Scott Morrison has walked back the extent of the energy deficit he claims the country faces, and couldn’t commit that his “gas-led recovery” would get Australia to the goal of net-zero emissions.

Meanwhile, Opposition Leader Anthony Albanese faces yet another factional fight over how Labor will balance concerns jobs and the environment.

Gas has been on everyone’s lips since the PM announced a sweeping plan to encourage private industry to boost supply in the market last week, including the potential for the federal government to underwrite a new power station to replace the soon-to-be-closed Liddell plant in NSW coal country.

Mr Morrison claimed gas should be Australia’s “transition” fuel on the way to more renewables, but the plan was savaged by clean energy campaigners, and even criticised by the power industry itself for potentially leading to more uncertainty in the sector.

"Speers: Why won't you commit to that target?
PM: Because I am more interested in the doing, David."@David_Speers asks @ScottMorrisonMP whether he'll commit Australia to achieving a net-zero emissions target by 2050 #Insiders #auspol @CroweDM @lenoretaylor pic.twitter.com/vPk1hIqMn9

The PM had said last week that Liddell’s impending closure would necessitate an extra 1000 megawatts of power on Australia’s grid.

But on the ABC’s Insiders program on Sunday, he said there were “some investments” going ahead that would help meet that shortfall, and revised the “missing” figure down to 250mW.

“If [the industry] can produce that on the rules, and the rules are the reliability and affordable and it meets the challenges that we have with the closure of Liddell, the market should go right ahead, they should knock themselves out,” he said.

“That’s what we actually want them to do.”

The government has been under pressure to explain how its plan to expand Australia’s reliance on fossil fuels will mesh with meeting international commitments to reduce greenhouse gas emissions.

When asked by host David Speers whether he could commit Australia to net-zero emissions by 2050, the PM couldn’t say yes, instead saying that “our policy is to achieve that in the second half of this century”.

Mr Morrison claimed the 2050 target was “absolutely achievable”, but when asked why he would not expressly commit to it, he replied “because I’m more interesting in the doing”.

“I know people get very focused on the politics of these commitments, but what I’m focused on is the technology that delivers lower emissions, lower costs and more jobs,” he claimed.

“And you won’t get there, I guarantee you this, if you are going to narrow the sorts of technologies and the sorts of solutions that you are prepared to look at, which is why we want to broaden that out.”

Mr Albanese later criticised the government for not committing to a firm goal.

“The government says they are going to have a roadmap but to a destination that they don’t have,” he said.

“A roadmap without a destination is a road to nowhere … it’s only ideology that is standing in the way.”

But Labor is itself facing criticism from green groups on several fronts.

Draft party platforms – reported by The Australian newspaper – revealed the ALP may not take a medium-term 2030 emissions target to the next election, instead focusing solely on a 2050 target.

Mr Albanese also faces another internal battle over gas, with Hunter MP and shadow resources minister Joel Fitzgibbon firing up on Sunday over the Australian Manufacturing Workers Union lining up in alliance with the Labor Environmental Action Network – a group calling for the party to do more on climate.

Steve Murphy, incoming national secretary of the AMWU – a key Labor union – backed the LEAN movement on Saturday, calling on the ALP to “end the climate culture war and campaign on climate action and job creation”.

On Sky News on Sunday, Mr Fitzgibbon slammed the “extraordinary” alliance, claiming “we can’t have a manufacturing sector in this country without gas”.

“We don’t need these people, consistently and constantly pulling us to the hard left,” he said.

“LEAN, the group which the AMWU bizarrely is now in an alliance with, wants to rip out our ovens and our heaters in our homes, smash our hot plates and replace them with electric appliances.”

The @theamwu ‘s constructive leadership is completely consistent with Labor’s agenda. The AMWU is doing the right thing by promoting the long term prosperity of Mfg which will occur if Australia can become a renewable energy superpower. #auspol 1/2 https://t.co/clxMwMWWu3

It’s important to recognise the contribution of the @amwu, and the leadership being demonstrated, standing up for manufacturing jobs, with the community, for the climate. https://t.co/CGNsRmErP2

Mr Fitzgibbon tried to paper over suggestions of a rift with shadow energy minister Mark Butler, claiming they were in agreement on energy and resources.

However, senior left-faction MPs tweeted in support of the alliance, in a quiet rebuke of right-faction leader Mr Fitzgibbon.

Mr Fitzgibbon claimed the AMWU was “determined to cost Labor yet another election”.