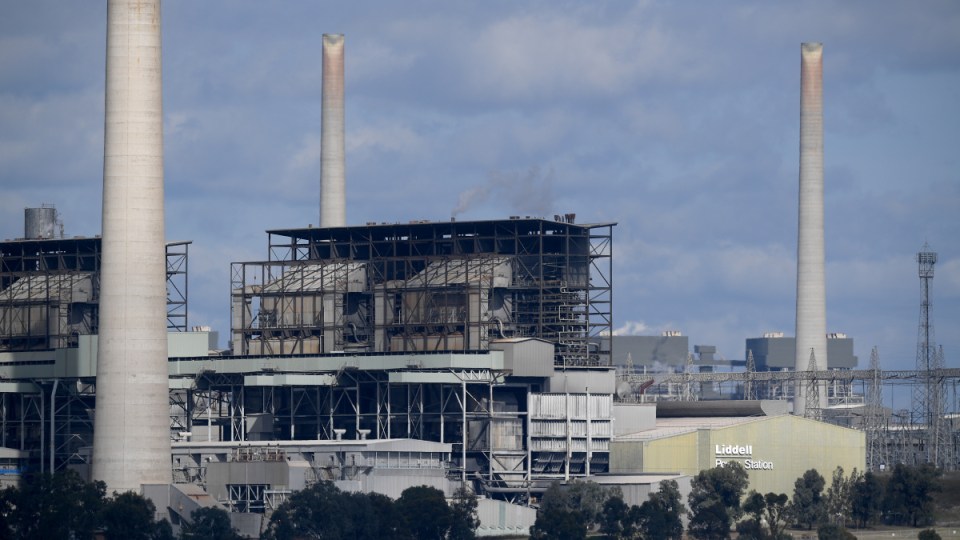 The Liddell power station in the NSW Hunter Valley will officially close in 2023. Photo: AAP

Prime Minister Scott Morrison is promising to build a gas power plant in the NSW Hunter Valley if the private sector does not step in.

The prime minister is giving power giants seven months to come up with a plan to replace 1000 megawatts of power once the Liddell coal-fired station closes in 2023.

The government-owned Snowy Hydro would build the NSW gas project.

“The Commonwealth government would prefer not to step in. That is not our plan A,” Mr Morrison told a business forum in Newcastle on Tuesday.

“But nor will we shy away from taking action to protect consumers and support jobs.”

Liddell’s owner AGL told AAP it was leading investment in energy, including building the only gas generation on the east coast in the past seven years, at Barker Inlet.

“We’ve made good progress on this proposed development at Newcastle with the environment approval process under way and a final investment decision expected by early 2021.”

AGL plans to retire the first Liddell unit on April 1, 2022, and the remaining three units in April 2023.

Mr Morrison said coal would continue to have a place in the Australian electricity market for “decades”.

“I don’t care what source power comes from,” he said.

He recognised renewables would also play a key role, as the government sought to boost the economy through cheaper and more reliable energy and meet its emissions targets under the Paris Agreement.

The prime minister plans to expand a small gas hub in Queensland, which could link five gas fields, as part of a $53 million package announced in the lead-up to the October 6 budget.

“And yet Queensland has been doing the heavy lifting on gas supply and policy for the past five years,” Dr Lynham said.

“It’s about time the LNP responded to our calls, but where’s Queensland’s billion dollars?”

Mr Morrison also wants to fast-track interconnectors and build more gas pipelines to ensure electricity can be moved around the east coast.

Labor’s energy spokesman Mark Butler said the role of renewable energies such as batteries and pumped hydro was missing from the plan.

“This is the cheapest new energy in the system and it’s continuing to drop in price every single year,” he said.

“New gas power is the most expensive way to build new energy.”

Labor is also facing some scrutiny over its climate policies after a draft policy platform leaked to The Australian made no mention of specific medium-term emissions targets.

Mr Butler said the party’s position on medium-term targets would be made clear before the next election.

“It will be a position that is aligned with our net zero emissions by 2050 commitment and informed by the best available scientific and economic advice,” he said.

Build new power plant or we will: Scott Morrison