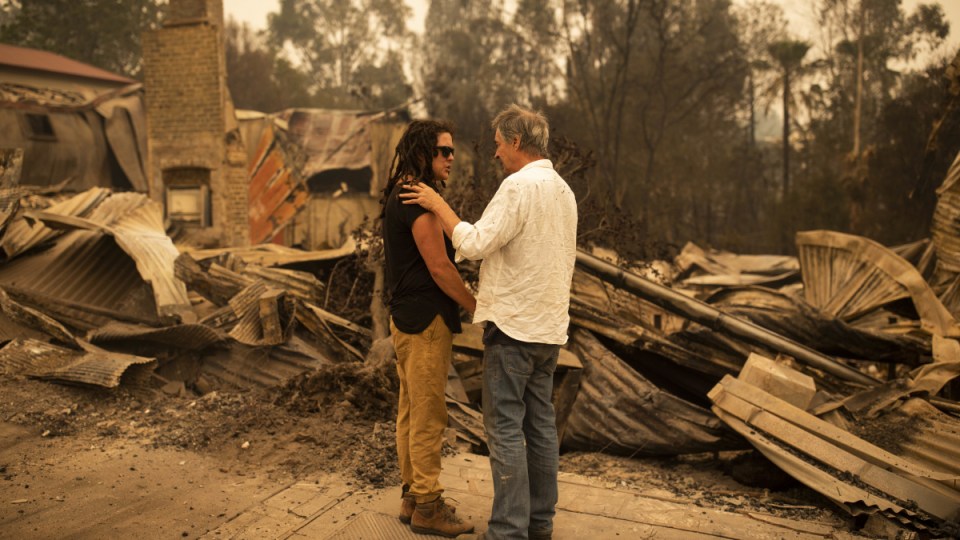 The devastation caused by bushfires in Cobargo will linger long in the memory of locals. Photo: AAP

Anthony Albanese will attempt to mobilise a protest vote against Scott Morrison’s response to the coronavirus and the bushfires to thwart the  Prime Minister’s prayers for another miracle win.

At first sight this appears counterintuitive.

Mr Morrison, like the other Australian leaders in the states and territories, is enjoying very high approval in the polls for his handling of the economy-smashing pandemic.

But on the ground in the sprawling electorate of Eden-Monaro, which takes in much of the New South Wales south coast and reaches up into the Snowy Mountains, the latest disaster is only adding insult to the grave injury of the drought-induced catastrophic bushfires.

Labor’s newly endorsed candidate, Bega mayor Kristy McBain says promised support has not arrived and the much-touted multibillion-dollar stimulus and relief packages immediately after the bushfires and now in the COVID-19 response have left businesses, thousands of workers and families out in the cold.

Ms McBain, who won praise for her leadership in the bushfires, says “you have people living in tents in weather that is getting colder and colder”.

Nowhere is that more obvious than in Cobargo, the village that gave Mr Morrison a hostile reception after his return from holidays in Hawaii.

Deputy Premier, the Nationals John Barilaro knows it. On the weekend he tweeted pictures of nine temporary accommodation pods belatedly arriving in the village “for the residents hardest hit by the bushfires”.

Nine temporary accommodation pods have arrived in Cobargo for residents hit hardest by the recent bushfires.

The NSW Government and @minderoo are doing everything to keep families and communities together in recovery. #nswpol pic.twitter.com/naUn0HbR8g

His state ministerial colleague, Liberal Andrew Constance, himself a hero and victim of the bushfires now has a clear run with Mr Barilaro’s Monday withdrawal from the race.

But even Mr Constance’s criticism of the Prime Minister at the height of the bushfire disaster may not be enough to overcome the resentment at  what are design faults in the JobKeeper and JobSeeker programs.

In JobSeeker thousands of casuals hitherto employed in the electorate’s decimated tourism industry have failed to qualify.

The design of the Jobkeeper package with its “all in” approach presumes businesses struggling to re-establish after the fires have the cash flow or the ability to instantly raise bank loans to pay staff for work that isn’t there and unlikely to be for quite a while.

Mike Kelly at his farewell news conference said every aspect of the economy in the electorate “has been completely smashed”.

Dr Kelly said the catastrophic  fires that burnt out more land than the Amazon fires, the California wildfires and the Black Saturday fires in Victoria are a foretaste of what is to come unless we “accept the science and put forward meaningful, serious, effective climate change policy”.

At last year’s election the Liberals’ candidate Fiona Kotvojs was a climate change sceptic but still managed to achieve a 2.1 per cent swing against Labor.

That was before the summer from hell galvanised public opinion to not only accept the science but to demand the government respond more seriously on emissions reduction.

Social researcher Rebecca Huntley from Vox Populi says there is evidence voters return to their pre-crisis perceptions of leaders once the initial shock passes.

She says there is a fairly quick return to business as usual.

Certainly we are already beginning to see a return to political business as usual with a highly partisan attack on the Victorian Labor premier by  Mr Morrison’s Education Minister Dan Tehan at the weekend.

The Education Minister, like his boss had been doing for weeks, was trying to leverage voters’ frustration over schools closures against the premier.

What was missed is their greater fear from the spread of COVID-19.

In an election context such miscalculations can be fatal.

So too can misreading voters’ gratitude in the run up to a bellwether by-election.

Mobilising protest votes is about the only thing Oppositions have going for them in such polls, and Anthony Albanese believes he has correctly read the resentment not far beneath the surface in Eden-Monaro.

As always the voters will be the judge of that, but he has plenty to work with.

PM Scott Morrison looking for another miracle win in Eden-Monaro