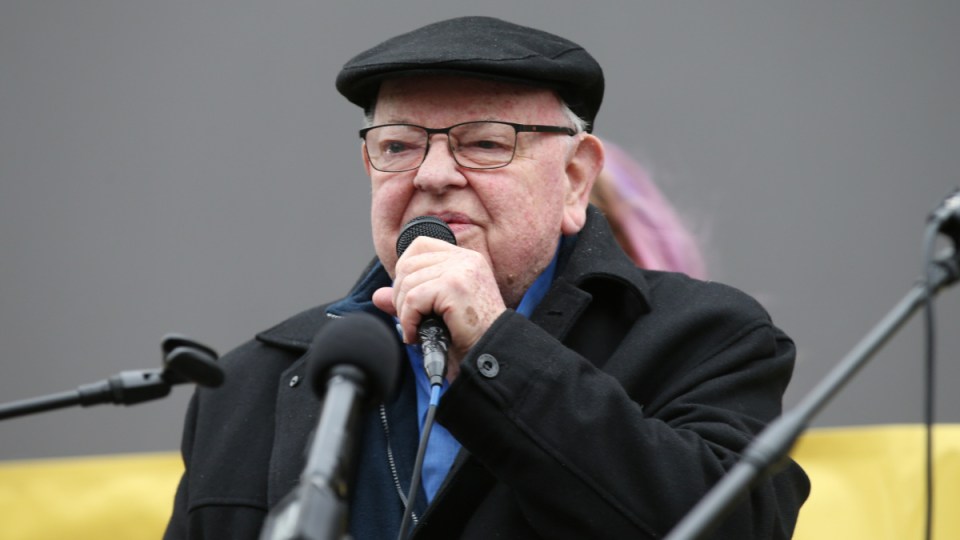 As the new coronavirus wrecks havoc across the world, Easter lunch is celebrated via Zoom, congregations gather online as priests preach to empty pews, and the Easter Bunny has been declared an essential worker.

We are living in an extraordinary time.

We are grieving for those lost to the pandemic, yearning for connection and celebrating little things, like the perfect sourdough starter.

All, while staying 1.5 metres away from each other.

Although this may feel hard, overwhelming, lonely, even scary sometimes – we will get through it, together.

Australians get knocked down, but they always get up again.

That is the message Father Bob Maguire, Australia’s larrikin priest, wants us to remember this Easter.

“We’ve already got the strategy. It is don’t leave anyone behind,” he told The New Daily.

“I got a little bit nostalgic the other day thinking about bodyline bowling and the naughty British who were against the Aussie team. They said ‘listen, bowl at the body, forget the bloody stumps, bowl bodyline’.

“Australian Bill Woodfull was batting and he got hit in the chest. The question is, was he was so badly hurt he had to leave? No, he didn’t. He was hit, hurt, but he batted on.

Instead of the usual Easter lunch, which the Father Bob Foundation has been putting on for 40 years, they are running a campaign to help end digital poverty.

He says his foundation has seen a surge in people who can’t access internet at home – so this Easter he is giving out STEM kits for children alongside takeaway hot meals.

“We’re in the trenches. We’re listening to their heartbeat and we know they’re suffering in silence.”

“For all Australians, religious or secular, the message of Easter offers the prefect reflection at this time.

“When the stones rolled back, in the grand narrative of the Resurrection, Jesus was standing there, the women went to attend to embalming and they said, ‘Oh hello’.

“Keeping in touch with one another no matter what.

“It’s about spirituality, not religion. I don’t want people to think you need to go to church to worship.

“The moon came out last night – magnificent! That’s a spiritual experience. It’s the same around here, in Albert Park —  you’ve got birds and trees. ,They’re reminders that this thing is bigger than all of us, the cosmos.”

This Easter is different. And although we have never spent this time of year so distant from family and friends, connecting has never been easier, Father Bob said.

“We’ve got technology, we’ve got iPhones. The message is: don’t leave anyone behind.

“Especially the grumpy old uncle, who we say, ‘Oh bugger him’. Ring him up – briefly! – ring him briefly and just say, ‘Welfare check, comrade, g’day’ and then hang up.

‘Hurt, hit – but not out’: Father Bob’s Easter message in the time of COVID-19