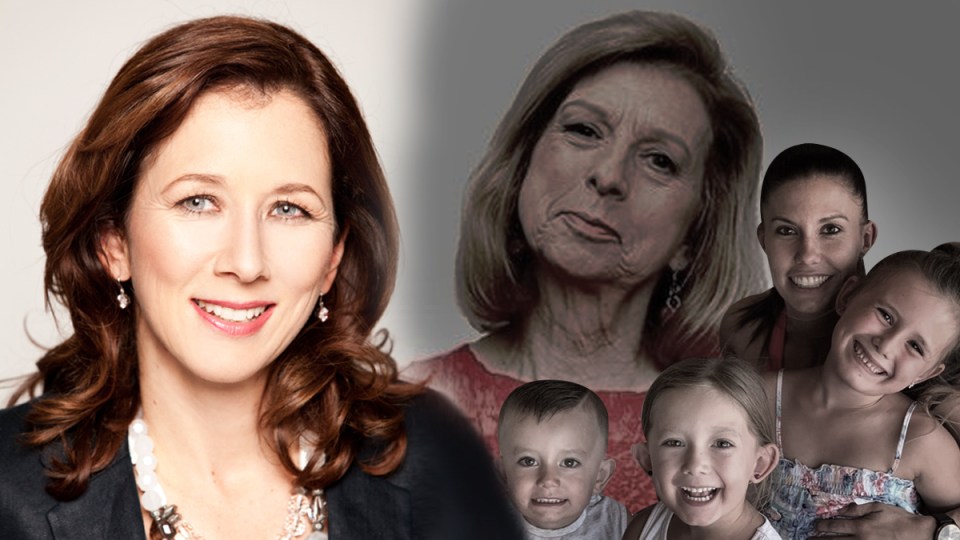 Bettina Arndt should not be stripped of her membership of the Order of Australia because of her history of attacks on the rights of women, nor her minimisation of violence against them.

After all, the controversial sex therapist did not receive the honour for her support of women.

Her AM was bestowed in acknowledgement of “a significant service to the community as a social commentator, and to gender equity through advocacy for men”.

And it is on those grounds – specifically, that she has been an effective advocate for men – that Ms Arndt has failed utterly.

That is why she does not deserve to be honoured.

In February she congratulated a Queensland police officer for his “open mind” when he suggested, perhaps unintentionally, that a man who had murdered Hannah Clarke and the former couple’s three children by burning them alive may have been “driven too far”.

Her praise for the officer, who later stood aside, was so callously inappropriate that the Senate voted in favour of a bipartisan motion to have her AM rescinded.

Of the 38 male senators, only one – One Nation’s Senator Malcolm Roberts – voted against the motion.

Although some weren’t present for the vote, it’s safe to assume the other 37 had no interest in, or need for, Ms Arndt’s style of advocacy.

37-1. As a sample of Australian men drawn from around the nation, that’s a fairly damning indictment.

Where are all the men for whom Ms Arndt is supposedly advocating?

If there are so few of them, as those numbers suggest, how can it be claimed that she is promoting “gender equity” by serving them?

In the media, too, men have made it clear Ms Arndt does not speak for them.

David Penberthy, a radio and newspaper commentator who is, by all accounts, a fairly blokey type, castigated Ms Arndt for taking “the minority of cases where divorces end particularly badly for men and conflat[ing] them to present a misleading but apparently broader truth”.

“It points to a strange desire to simply be one of the boys, adored as she is by a certain species of elderly chap who thinks his life has been ruined by conniving harpies,” Penberthy wrote.

Of course, politicians and journalists are relatively powerful people.

They have the confidence to air their views and privileged space in which to do so.

But what about the “average” man, the fellow in suburbia, the guy who’s a great co-worker, teammate and friend?

Does he need Bettina Arndt telling Australia what he needs, or the sort of behaviour he thinks is acceptable?

My mate Dave is one of those men.

For years, we stayed connected through written words alone.

As Dave travelled around the world, he would compose epic group emails and, eventually, blog posts, recounting his adventures, heartbreaks, new loves and regular movie reviews.

After that horrible day in Brisbane, when a mum lay dying beside a burning car that had trapped her babies, Dave wrote a long Facebook post to his many friends.

“When I initially heard about it, I felt nauseous. Later: heartbroken, grief-stricken. Later: enraged. Then I ran that gamut again. Still running it,” he wrote.

“The idea that a man might have been “driven too far”, I utterly despise that crap, taking responsibility away from that person for their actions … In a parallel world, there’s a version of me who didn’t manage to control himself one random time of many, and did something violent to a loved one.

“My wife and I can both have extremely busy, often stressful days at work, only to arrive home and find things can be MORE stressful there. The kids might be fighting each other, misbehaving, trashing the joint, hungry, screaming. The house is already a bomb site. The air-con is broken, and it’s HOT. The laundry is overflowing from the laundry baskets and the bills are overflowing from the bill tray.

“There are a dozen things we need to address; paying bills, chasing tradesmen, organising parties. But things are so intense and exhausting (and loud!), even trying to have a conversation about just one single issue or task can be fraught.

“Frustration with the situation can turn into defensiveness with each other. Tempers can fray. Voices can rise…and rise again. I understand why and how people – men and women – get pushed to the edge.

“I think knowing I have that capacity is one reason I haven’t committed domestic violence. I learned to control my emotions. And in large part, I conquered them (except for my tears in Pixar movies. I never controlled those). That’s not to say I don’t ever FEEL anger. I do. I just don’t release that anger with aggression.

“The Arndts of the world minimise the efforts of “good men” by giving scumbags a free pass and in many cases, celebrating them.

“I would never call myself a Good Man but I know that I do hold myself to a higher standard than that. And I actually think that MOST men in this culture are probably as good as, or better than me.”

Call them Good Men or just call them decent blokes.

They’re out there doing their best every day.

And they don’t need Bettina Arndt, or anyone else, lowering the standards for them.

Journalist Christine Jackman is the newest columnist to join The New Daily. Follow her on Twitter at @ChristineJackmn