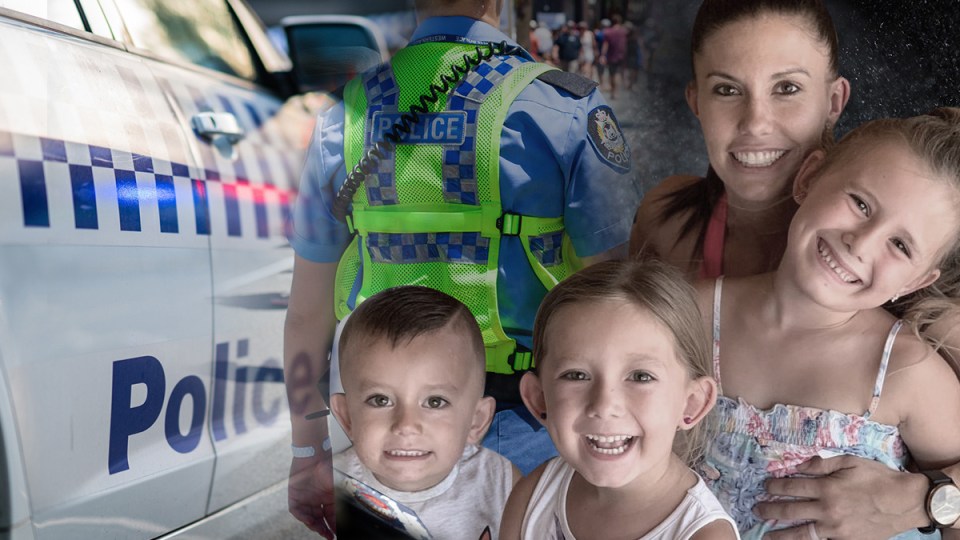 The family of slain Brisbane mother Hannah Clarke has revealed the shocking tactics her estranged husband used against her in an interview following the horrific murder of her and their three children.

Speaking with Nine’s A Current Affair on Friday night, Ms Clarke’s parents, Lloyd and Suzanne Clarke, and her brother Nathaniel, gave a glimpse into her tragic life and the lengths she went to to protect her children.

Ms Clarke’s mother revealed that her daughter feared her estranged husband Rowan Baxter would kill her and asked her family only last week: “What happens to my babies if he kills me?”

She described Baxter as “evil” and recounted how he “manipulated” her daughter and tried to control her life.

“Not all domestic abuse is physical,” Ms Clarke’s brother said. “Mental is probably one of the hardest things to pick up on.

“Even Hannah, for a few years there she said to me ‘I was thinking it wasn’t abuse because he never hit me’.”

The heart-wrenching interview comes as family violence experts say police around Australia are failing domestic violence victims in what they are calling the biggest national security problem facing Australia.

“Intimate partner violence is the most common type of violence,” Dr McCulloch told The New Daily.

“We’ve put in place a lot of good policies, invested quite a lot of money. But what we find is, even if the woman reported the violence and has an intervention order, those procedures that ensure that violence doesn’t escalate are not followed.

“The majority of woman don’t report, but when they have, often they’ve been let down.”

Ms Clarke’s family said Baxter stalked her via her mobile phone and knew where she was at all times.

He also forced her to have sex with him every night and made sure she wasn’t on the pill leading to the “surprise” of her third child.

“He was controlling. It was Rowan’s way or the highway,” she added. “She had to grovel and then he would forgive her. She was petrified”.

Ms Clarke’s mother said the night before he killed his family, Baxter was on the phone to his children crying.

She said Ms Clarke was worried she would be killed, but never suspected Baxter would harm the children.

“She said to me only last week ‘Mum should I do a will? What happens to my babies if he kills me? Because he’ll go to jail for murder, who gets my children? She said I want you and dad to have them or Nat. I don’t want his family to have them’.” 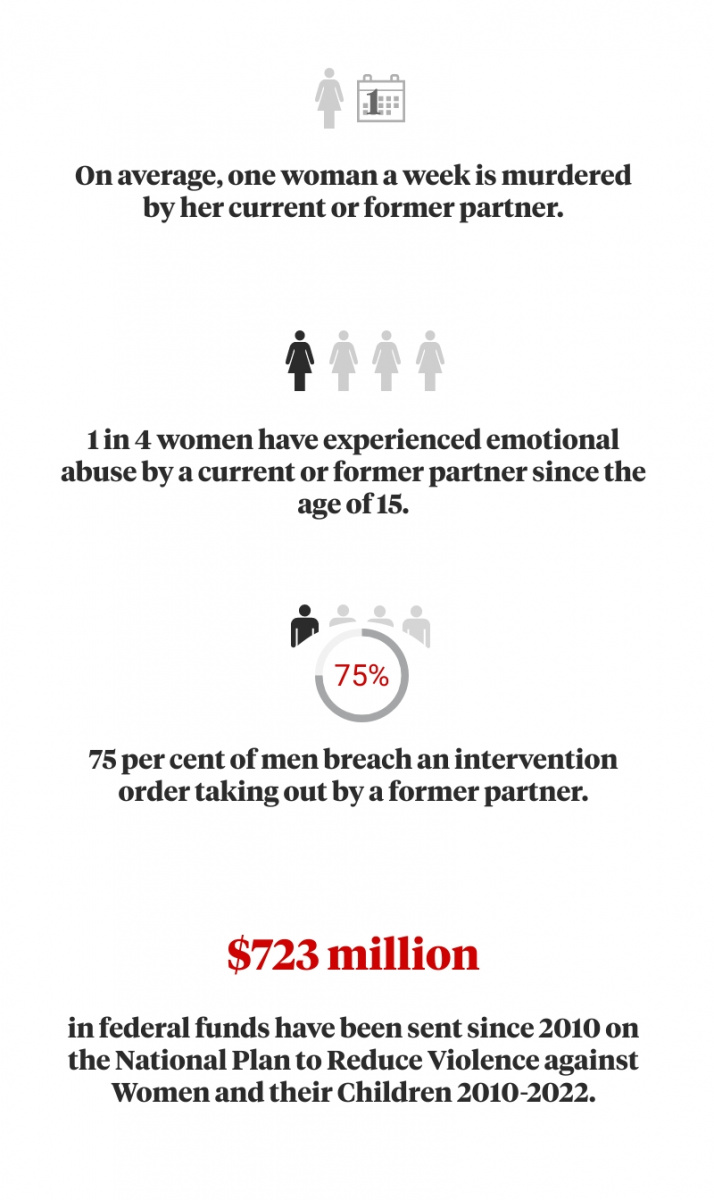 Dr McCulloch told The New Daily that husbands often breached intervention orders, with no follow up from police, “so the risk to the woman is not taken as seriously as it should be”.

To stop the growing tide of women murdered by their partners, we need to start taking violence against women seriously, she said.

Tara* is one woman taking the fight to Victoria Police for failing to better protect her, and her three children, from family violence.

The first time police intervened in her relationship with Steven*, he had broken the phones and ransacked their house. It was written into the police database as “a lovers tiff”.

In 2006 after suffering years of abuse she took out the first of four intervention orders against Steven.

He had been on a two-day drinking spree and had destroyed her house. But the order, which prohibited Steven from assaulting, threatening, or being drunk near the home, was ignored multiple times.

She said that on two occasions in 2006, police officers who were aware of intervention orders dropped Steven off, drunk, at her home.

In 2018 Tara took on the state government in court, arguing that the police breached their duty of care. The ruling in the landmark case acknowledged her legal right to sue the police officers for negligence.

Tara’s experience might be severe, but she isn’t alone said Cathy Humphreys, Professor of Social Work at the University of Melbourne and co-director of the Melbourne Research Alliance to End Violence against women and their children.

Professor Humphreys said we need to make sure women have adequate support when they leave.

“There is some notion that if she leaves me, I’m entitled to kill her. One woman a week and that’s the tip of the iceberg. It’s extremely serious stuff and that’s the sort of attitude we’ve got to break down.”

Domestic violence works on a scale. And the men might be different, but the tactics are the same, said University of New South Wales associate professor Michael Salter.

“In terms of domestic violence, it really comes down to men having to control their partners. They struggle with trust and they feel entitled to be obeyed and have their needs met,” he said.

“There are common patterns in relationships, common ways in which people find themselves undermined, their independence constrained.

“It seems like romance because the guy is saying ‘you’re so sexy, any man would be attracted to you.’ Then, ‘you shouldn’t wear that’.

“Then the jealousy, control, anger. It’s quite deceptive. So it’s easy to fall into the trap.”

But it doesn’t have to end in tragedy, Professor Salter said.

“The men that reach out are the men who have some insight and concerns about their behaviour.

“These are the men that are very likely to change, and we want them to be reaching out. We need to create as many opportunities for men to stop.”

To stop this violence, we all have a part to play said CEO of Our Watch Patty Kinnersly.

“As individuals, it starts with calling out sexist or derogatory comments at work, at home or in social situations.

“As parents, it is as simple as modelling behaviours that promote gender equality and by expanding their options beyond the confines of blue or pink.