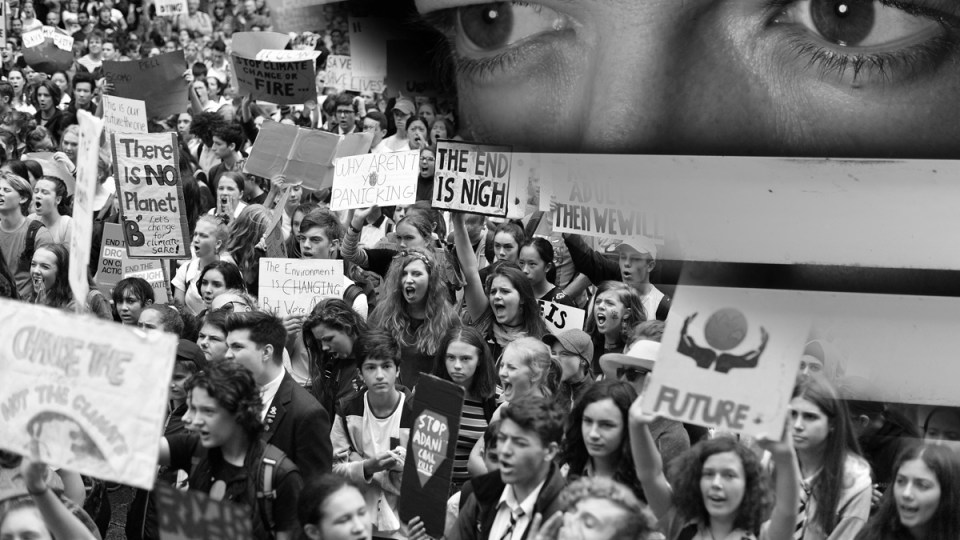 Children and young adults who go to protests are the most likely Australians to have their phones tracked and monitored by police, a prominent security analyst has warned in a submission to an inquiry cybersecurity laws.

Dr Stanley Shanapinda of La Trobe University said that politically minded youth are “the most at risk” of having their digital footprint watched by the AFP.

“They’re the most at risk because of their social media habits, they’re a lot more vocal. As a community they’re the most likely to be targeted,” he told The New Daily.

Under the metadata laws passed in 2015 the Australian Federal Police force (AFP) has the power to view the metadata of citizens who are deemed as a risk to national security, up to two years old without a warrant.

Dr Shanapinda argues that both Liberal and National politicians have highlighted young climate change activists, Adani protestors and The Greens as threats.

“Senior members of the government have labelled the protest actions of the young people and the Greens … as threats to national security and the national economic interests, openly in national media,” he said.

During the federal election, Prime Minister Scott Morrison warned that The Greens are a greater political threat to national and economic security than Clive Palmer or Pauline Hanson.

Dr Shanapinda said that these concerns over Greens policies, and young protestors could open the door to party members and activists having their metadata watched.

“Opposing the Adani coal mine and protesting against it, on climate change on ideological bases, may therefore legally be categorised by the government as posing a threat to national security, if the government wanted to, because of its economic and job creation value,” Dr Shanapinda said.

Protestors having their phones used against them has become an increasing issue around the globe.

People hitting the streets in Hong Kong recently accused the Chinese government of silencing their protests by hacking an encrypted messaging app used by thousands of demonstrators.

“To ensure the democratic right to protest free from the fear of surveillance, aided by big data analytics and artificial intelligence capabilities,” he said.

While it may sound Orwellian – the Australian government spying on school kids – when the laws were passed no one thought they would be used on journalists, a fact that was proved wrong last week, Dr Shanapinda points out.

The laws came under fire after it was revealed the AFP had accessed metadata from journalists’ phones almost 60 times within a year.

In June, Home Affairs Minister Peter Dutton confirmed that a plan to create new powers to spy on Australians is still on the table.

Speaking on Insiders, Mr Dutton said the government had no wish to spy on its own citizens but called for a “sensible discussion” about whether the Australian Signals Directorate should have the power to do so.

“I think they are reasonable discussions to have in the 21st century,” he said. “We saw an attack on the major political parties in the run-up to this election, a cyber-attack.”

Dr Shanapinda said under the current laws there are not enough protections for citizens.

“Now we realise protections for those laws don’t go far enough,” he said.

“If you want to use them on things not terror-related, that’s the big missing gap.

“When we speak about young people who want to stop climate change, there are no protections for them. Is it likely? Possibly.”

Metadata can be used to see where a person is within one-meter accuracy, what apps the person is using and who they’re calling.

While the government could seek a warrant to access the content of encrypted messages, several apps like Signal have said they would not comply with a request.

“The end-to-end encrypted contents of every message and voice/video call are protected by keys that are entirely inaccessible to us. In most cases now we don’t even have access to who is messaging whom.”