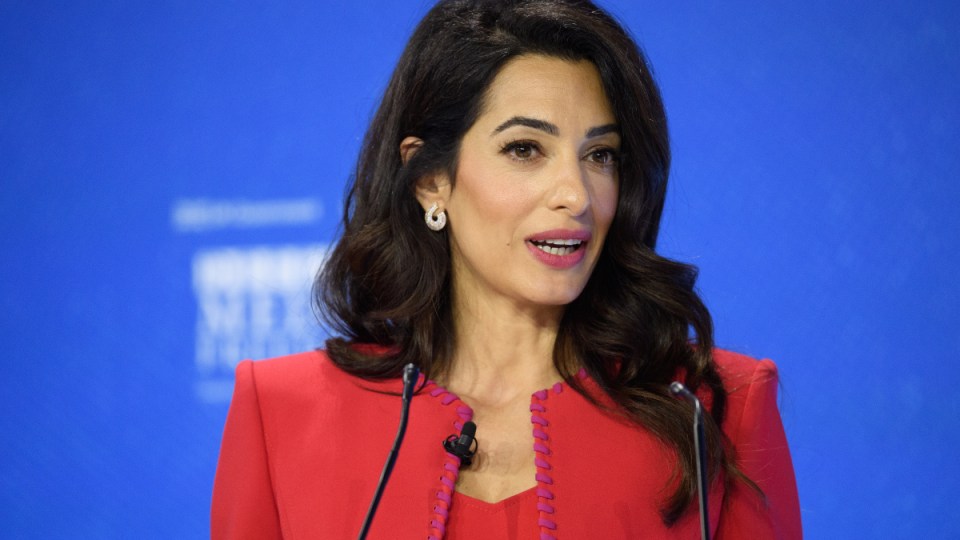 Speaking at the Global Conference for Media Freedom in London, Mrs Clooney warned the June raids by the Australian Federal Police could be used as a blueprint by other nations to suppress press freedoms.

“What happens in a country like Australia or the UK or the US will be looked at by every other leader in the world and potentially be used as an excuse to clamp down even further on journalists,’’ she said.

“All governments say they believe in a free press – the right is even enshrined in North Korea’s constitution … what matters is enforcement of this right.”

“Journalists all around the world are less safe if the rhetoric, or even policies or laws, of states that are supposed to be free are actually a threat to journalists in those countries.”

Mrs Clooney also accused world leaders of failing to protect journalists and responding with “a collective shrug” to the murder of Saudi writer Jamal Khashoggi.

Mrs Clooney’s comments came after Foreign Minister Marise Payne spoke at the conference, rejecting suggestions it was hypocritical that she attend.

“I would imagine that if Australia was not represented at a conference like this today then you would say that the government wasn’t doing their job by being here,” Senator Payne said.

“I suspect you would advance a position where the government was in a no-win situation.”

Senator Payne did not mention last month’s raids on News Corp journalist Annika Smethurst or the ABC headquarters, or the AFP accessing journalists’ metadata 58 times in one year.

“While Australia ranks relatively highly on the World Press Freedom Index, we recognise that a sensible balance needs to be reached between protecting our national interest in the face of ever-evolving security challenges and upholding the public’s right to know,” Senator Payne said.

Back home in Australia, Opposition Leader Anthony Albanese was critical of her attendance.

“I do find it quite extraordinary that a government that’s presided over these attacks on press freedom has a foreign minister overseas speaking at conferences about press freedom,” he said.

“I think that Australia would have more credibility if we get our act together right here, right now.”

In her remarks, Mrs Clooney, the British government’s envoy on media freedom, also said media freedom was declining in a worrying trend.

She noted that only one in 10 people in the world lived in a country with a free press, and warned against US President Donald Trump’s verbal attacks on journalists.

“Today, the [United States] has a leader who vilifies the media – making honest journalists all over the world more vulnerable to abuse,” she said.

According to the United Nations cultural body, UNESCO, 99 media workers were killed worldwide in 2018.