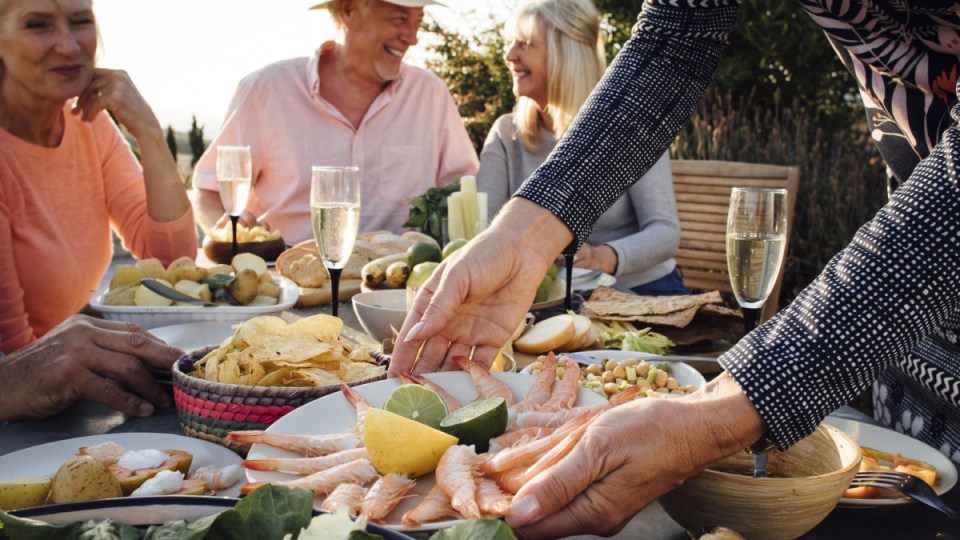 Hot summer weather coupled with poorly-handled food can be a recipe for food poisoning. Photo: Getty

From Christmas leftovers to New Year’s Day picnics and backyard barbecues, summer in Australia is a time for food and festivity, but experts warn that it is also a time for heightened food safety risks.

One in three Australians is at serious risk of getting food poisoning or live in a household with someone at risk, Food Safety Information Council (FSIC) chairwoman Cathy Moir said.

People entertaining guests over summer should be particular aware of those who fall into the vulnerable categories (pregnant, elderly or having a reduced immune system), Ms Moir said.

Rates of salmonella contamination are high in Australia, often linked to mis-handled poultry and raw or undercooked egg dishes.

There have been a number of salmonella outbreaks linked to contaminated eggs in 2019, including 235 people becoming ill in May and June.

Food recalls hit a record high in the recent financial year thanks largely to the strawberry needle contamination saga and the salmonella outbreaks.

Last year, a major listeria outbreak linked to rockmelon led to the death of seven people and a miscarriage.

The FSIC outlined a number of practical food safety tips for anyone entertaining over the summer period:

Food allergy reactions on the rise

Food poisoning isn’t the only risk to guard against this summer either, with experts raising concerns about the growing number of food-induced allergic reactions.

Food allergies are increasingly common around the world, and Australia has one of the highest incidences of food allergy among children.

Between 2005 and 2012, hospital admission for food-induced acute allergic reactions spiked by 150 per cent.

Meanwhile, the number of food products recalled due to unlabelled allergens has been steadily increasing over the past decade.

Of the 100 food recalls in 2018, 46 cases were for undeclared allergens, while 20 were due to ‘microbial contamination’ caused by potentially life-threatening bugs such as listeria, salmonella and E. coli.

In December, a study by James Cook University (JCU) revealed that hidden ingredients in imported foods are putting allergy sufferers at risk.

Potentially deadly allergens were found lurking in nearly one in two of the imported food products tested by researchers, the study published in the Food Additives & Contaminants journal revealed.

Allergens not listed on the product labelling were found in 46 per cent of the products analysed, with 18 per cent containing multiple undeclared allergens.

China was the source of products with the highest number of detectable, undeclared allergens, followed by Thailand and South Korea.

“Allergy & Anaphylaxis Australia has been telling [allergy sufferers] to be cautious of foods imported from Asian countries for many years,” she warned.

“When you look at the number of food recalls, and how many involve imported foods, it’s concerning.”

How to avoid food poisoning this summer: Food handling and safety tips