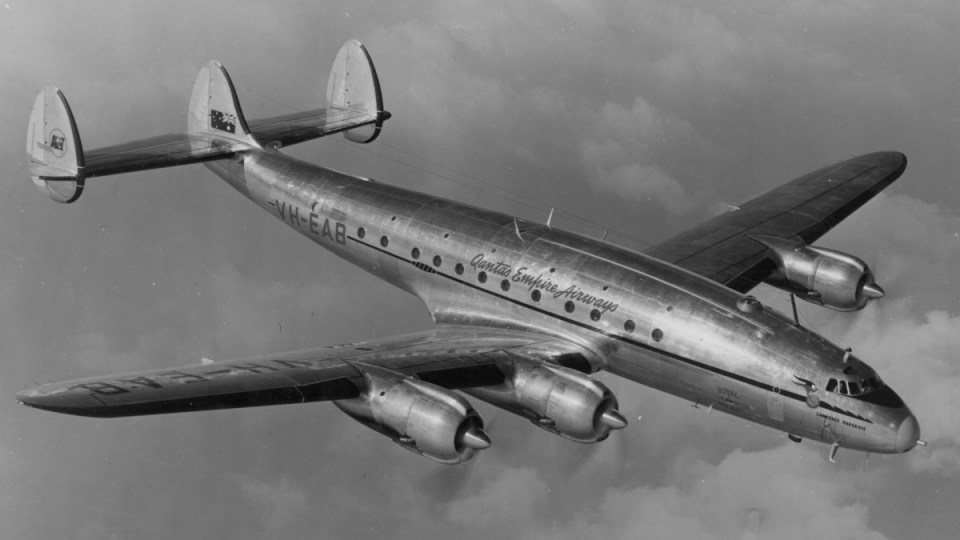 Qantas' Constellation aircraft, which the airline used for its Pacific routes from 1954. The airline begins its 100th year of operation on November 16. Photo: Qantas

Australia’s oldest airline starts its 100th year in the skies on Saturday, topping off what has been a ground-breaking week for Qantas.

On Friday, the airline landed its first London to Sydney non-stop flight, the second test flight in its Project Sunrise plan – the first being a non-stop flight from New York to Sydney last month.

As the Boeing 787 Dreamliner hit the tarmac, Qantas unveiled some of its plans for the next 12 months, in the lead-up to hitting the big 100.

First up, the new Dreamliner has been adorned with all the Qantas logos since 1920.

Named Longreach after the Queensland town that’s part of Qantas’ beginnings, the 787 centenary craft will be seen at airports across the globe, including Los Angeles, New York, San Francisco and London.

Qantas chairman Richard Goyder said the flying kangaroo was an Australian icon, because it’s been such a constant presence.

“We started in outback Queensland carrying mail and a few passengers in the 1920s. We grew as Australia grew, and we’ve had important support roles during wars, national disasters and celebrations,” Mr Goyder said in a statement.

From humble beginnings to becoming a leading airline, our spirit has stayed the same. We’re excited to be entering into our 100th year and celebrating with you. #Qantas100 pic.twitter.com/WtILfx5LJT

“Our founders talked about overcoming the tyranny of distance and through the years we’ve moved from bi-planes, to single wing, to jets to help bring things closer.”

Chief executive officer Alan Joyce mused it would be interesting for the airline’s founders to see just how far their dream had come, nearly 100 years on.

“… Qantas and Jetstar carry more than 50 million people around this country and the globe each year,” Mr Joyce said.

“I’m sure that would amaze our three founders, who held the early board meetings of this company at the local tailor’s shop because it was the longest table they could find.”

The Royal Australian Mint has also joined the party, releasing five million specially branded $1 coins, which will go into circulation.

Details of a touring Qantas centenary exhibition will also be released soon.