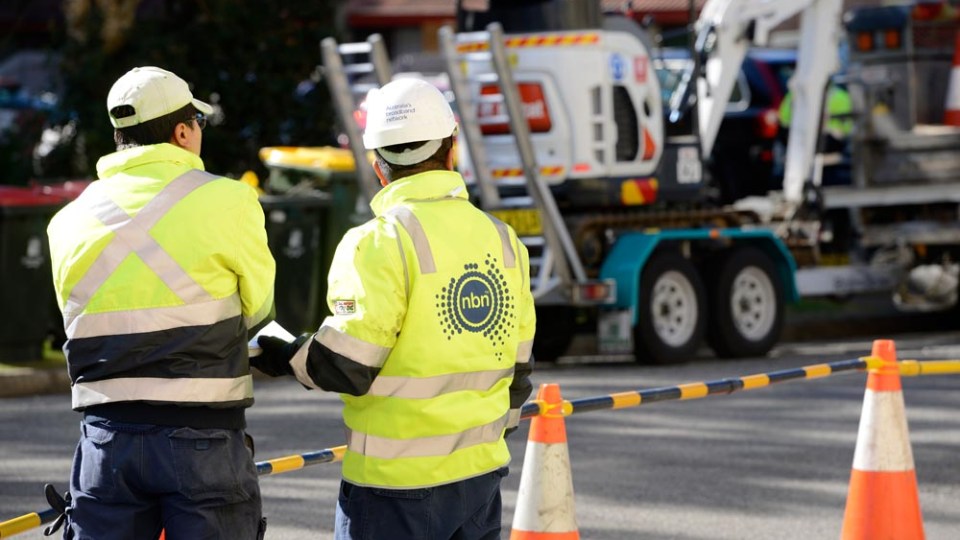 The rollout and management of the NBN has been called into question. Photo: NBN Co

The Morrison government is under pressure to call a Senate inquiry into the rollout and management of the national broadband network as the firm behind the program faces worker protests.

The protest was just the latest move in ongoing industrial action against NBN Co, with NBN workers protesting outside the firm’s Sydney office on Monday, and outside a $1500-a-head communications summit attended by NBN Co boss Stephen Rue on Wednesday.

The union representing the workers called on Communications Minister Paul Fletcher to announce a Senate inquiry into the rollout and management of the NBN.

“The NBN rollout is plagued with issues, not the least of which are dodgy sham employment arrangements, and workers won’t put up with it any longer,” CEPU National Assistant Secretary James Perkins said.

“We need an independent inquiry to get to the bottom of the dodgy dealings in the NBN rollout, how workers have been treated unfairly and how customer service has been impacted.”

In February, the Senate passed a motion slamming the $77.5 million in bonuses paid out by NBN Co at the height of the pandemic last year as “excessive, unreasonable and lacking in justification”.

“You have managers on top salaries and multi-million dollar bonuses while workers are squeezed for pay and conditions at the other end and service suffers,” Mr Perkins said, accusing NBN Co and the federal government of “turning a blind eye to these dodgy employment set-ups and faults with the system”.

A spokesperson for NBN Co said the firm had met with CEPU representatives and would continue to engage with the union.

“We are working constructively with the CEPU and we are seeking to maintain and support strong, productive working relationships with our delivery partners and their respective subcontractors,” the spokesperson said.

“NBN Co appreciates the ongoing dedication and diligence of the thousands of highly qualified field technicians and network engineers who are not directly involved in the industrial action and are continuing to work hard to maintain the reliability and performance of the NBN network across Australia.”

The New Daily sought comment from Mr Fletcher on the protests, and asked whether he would consider the calls for a Senate inquiry.

This week’s protests weren’t NBN Co’s only headache, with the firm’s pricing scheme coming under fire from a popular telco.

On Wednesday, Aussie Broadband warned that plan prices will rise or customer experience will suffer if NBN Co’s wholesale pricing scheme is not urgently recalibrated.

In 2020, as more Australians than ever worked from home due to the pandemic, NBN Co temporarily suspended fees for extra bandwidth, which are termed connectivity virtual circuit (CVC) charges.

Mr Britt said CVC charges should be permanently scrapped, with demand for data continuing to rise.

“There is no disputing that consumers’ use of data continues to increase year-on-year, with industry figures showing between 20 and 30 per cent,” he said.

“In most things telco, prices either go down or included value goes up over time. For example, in the last three years we’ve seen backhaul prices go from 15 down to 5 cents per Mbps on common routes, and in retail circles customers have seen significantly increased included value on mobile plans.

“Yet in NBN’s pricing model for CVC, if data usage goes up by 20 per cent, the cost to retail service providers doubles.”

The call follows warnings from the Australian Communications Consumer Action Network that consumers may seek alternative home broadband solutions, like 5G, if NBN prices are not addressed.

“As home broadband alternatives like 5G become more accessible in more areas across the country, NBN Co is going to have to demonstrate to cost-conscious consumers why they should choose an NBN service over these alternatives,” network chief executive Teresa Corbin said in March.

“This means that they’re going to have to provide more competitive wholesale prices if they want to keep customers in these areas.”