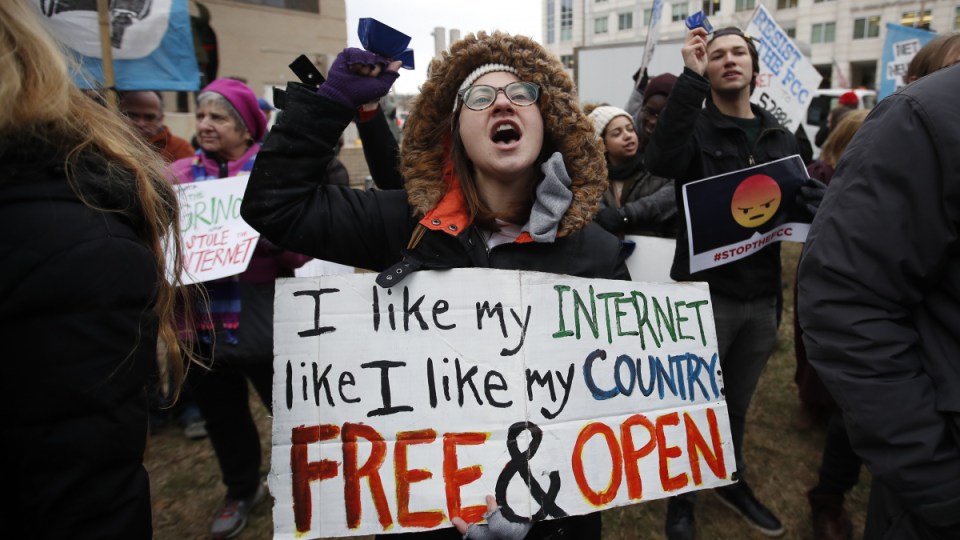 Internet freedom declined in Australia and around the world over the past year, new research has revealed.

Government surveillance via social media and digital election interference are driving the declines and pose the biggest ongoing threats to internet freedom around the world, the Freedom on the Net report released this week found.

Freedom of speech and privacy on the internet have been deteriorating around the globe for the past nine years, according to the report, which is published annually by US-based think tank Freedom House.

The report examined internet freedom – specifically access, privacy, and freedom of expression – in 65 countries, covering 87 per cent of the world’s internet users. 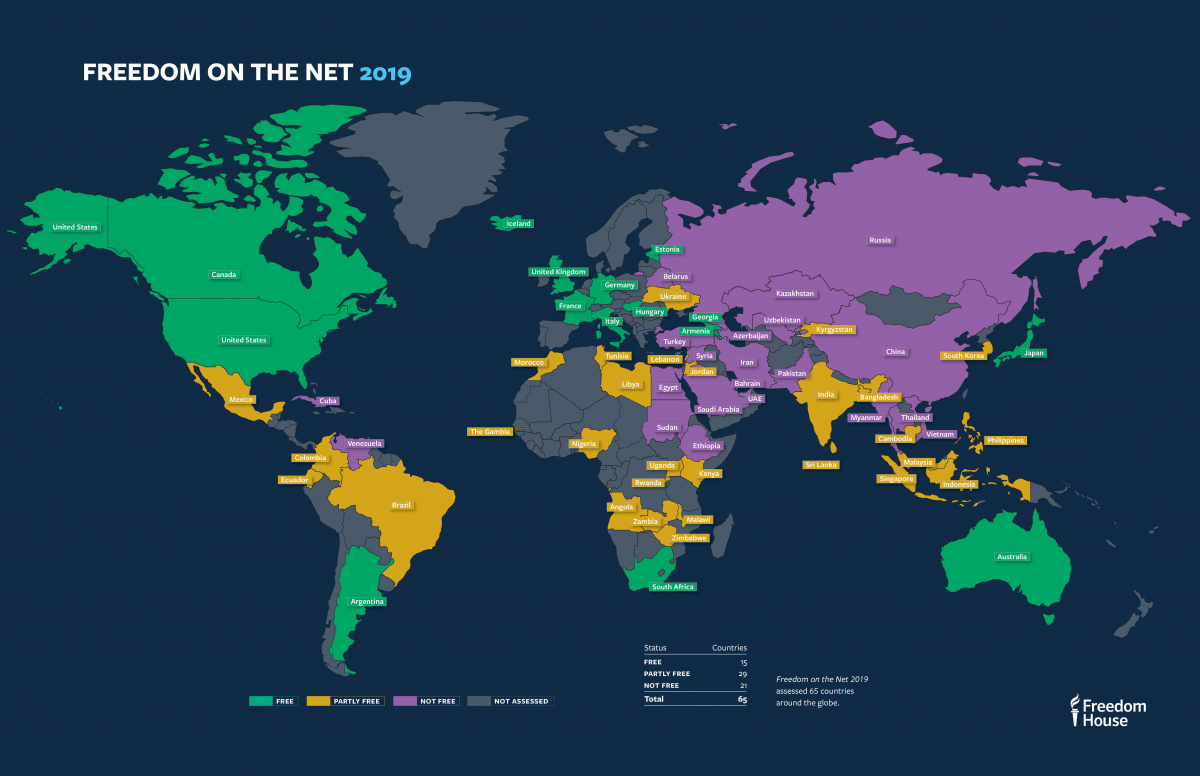 Of the 65 countries, 33 were shown to have experienced an overall decline in internet freedom between June 2018 and May 2019, compared with just 16 that registered overall improvements.

The biggest score declines took place in Sudan and Kazakhstan followed by Brazil, Bangladesh, and Zimbabwe. Our future freedoms hinge on our ability to fix social media, the report found.

“What was once a liberating technology has become a conduit for surveillance and electoral manipulation,” Freedom House researchers Adrian Shahbaz and Allie Funk wrote.

“For authoritarian and democratic governments alike, the potential for abuse presented by advanced social media surveillance is staggering,” the researchers wrote.

“In 2019, Freedom House found that 47 of the 65 countries assessed featured arrests of users for political, social, or religious speech—a record high.”

The world’s most and least free countries

Freedom on the Net rates the level of internet freedom in a country on a scale from 0 to 100 as follows:

The world leader on internet freedom is Iceland, which topped the index with a score of 95/100.

“Iceland became the world’s best protector of internet freedom in 2019, registering no civil or criminal cases for online expression,” the report said.

“Users in this island country enjoy near-universal connectivity, minimal restrictions on online content, and strong protections for their rights online.”

However, current challenges to Iceland’s internet freedom include “potentially inappropriate links between business interests and politicians, media consolidation, and conditions for immigrants”, the report noted.

Australia’s score declined from 79 to 77 in 2019, putting it on a par with the United States and the United Kingdom.

“Conditions for internet users in China continued to deteriorate, confirming the country’s status as the world’s worst abuser of internet freedom for the fourth consecutive year,” the report said.

“Censorship and surveillance were pushed to unprecedented extremes as the government enhanced its information controls, including in the lead-up to the 30th anniversary of the Tiananmen Square massacre and in response to persistent antigovernment protests in Hong Kong.

“The growing crackdown affected tens of millions of internet and mobile phone users, resulting in heightened self-censorship and a reduction in space for online mobilisation.”

“Chinese citizens’ risk of being detained or imprisoned for accessing or sharing information online has increased considerably over the past several years,” the report said.

Rapid advances in surveillance technology and greater police access to user data have helped facilitate the rise in arrests and prosecutions.”

A closer look at Australia

While Australia is a democracy with a “strong record of advancing and protecting political rights and civil liberties”, there have been recent challenges to these freedoms including “the threat of foreign political influence, harsh policies toward asylum seekers, and ongoing disparities faced by indigenous Australians”, the report noted.

An “escalating series of cyberattacks sponsored by China” was described as a profound challenge to the security of Australia’s digital sphere.

Surveillance and censorship are putting the squeeze on online freedom: Report