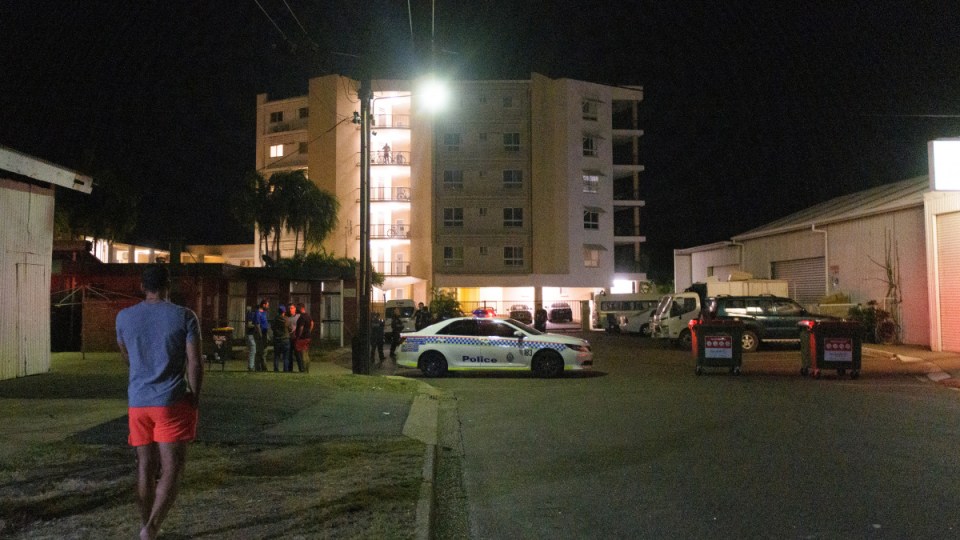 The Palms Motel in Darwin is cordoned off by police after a gunman allegedly went from door to door. Photo: AAP

New high-tech surveillance technology being rolled out in Australia could dramatically reduce crime and boost community safety like never before, but it comes at a cost – your privacy.

As part of its plan to transform Darwin into a ‘smart city’, the city’s council is installing hundreds of poles fitted with CCTV cameras, loudspeakers, sensors, Wi-Fi points and LED lights that can capture enormous amounts of real-time data and send it to the police.

It comes as the tight-knit community reels from a horror mass shooting on Tuesday that killed four men and injured one woman.

Darwin Council CEO Scott Waters said the police would use the data collected for crime prevention, and the council would use it to better understand how locals are using the city in order to identify areas of improvement.

However, some academics are concerned about the potential for this expansive technology to invade the personal privacy of citizens going about their day-to-day activities.

So far, 138 new CCTV cameras and 912 LED lights have been installed across Darwin’s CBD, feeding information to police headquarters.

Some of the lights even have infrared capabilities, allowing the police to “basically see in the dark”.

Crime in areas that attract anti-social behaviour has already reduced by 50 per cent since installing the cameras, Mr Waters told The New Daily.

“Crime will happen, we understand that’s a part of society, but we want to create an environment where it is more difficult to commit a crime,” Mr Waters said.

Another feature of a ‘smart’ Darwin CBD is a function called ‘geo-fencing’, which triggers an alarm if a person or vehicle crosses a virtual boundary.

“That can be trespassing on private property to a whole range of different restricted areas,” Mr Waters said.

Sensors and extra Wi-Fi connectivity would be used to collect data for services like car parking apps to show visitors where free car parks are in the city.

The speaker system would be used to make public announcements during times of emergencies – like in the event of a cyclone.

“We can look at vehicle movements and people movements… and be able to make better decisions and solve problems in our city based on the information we receive.”

So what’s the downside?

A major trade-off for all this new technology is our right to privacy, says Charles Darwin University senior business law lecturer John Garrick.

“There’s a very strong sales line about technology that has the seductive promise of greater protection from street crime,” Professor Garrick said, adding the recent mass shooting in Darwin would likely bolster support for increased surveillance.

“It’s a very powerful narrative, but we need to ask ourselves: where is this technology being imported from, and where will this data go? Who has control over it and who has access to this data?”

Professor Garrick said the new digital infrastructure in Darwin could lay the foundation for “harder-nosed Chinese-style surveillance” in the future.

In China, sophisticated technology is being used to develop a ‘social credit system’ by 2020 that tracks and ranks citizens’ behaviour based on their financial and social status.

It uses facial recognition systems that connects to personal information like drivers’ licences and criminal records.

However, Mr Waters defended the new technology, saying the data collected from citizens in Darwin was all anonymous.

“We don’t have the ability to drill into an individual and find out who they are,” Mr Waters said.

“Privacy of the individual citizen is one of the most important elements of democratic society.”

Darwin set to adopt ‘smart city’ surveillance, but at what cost?