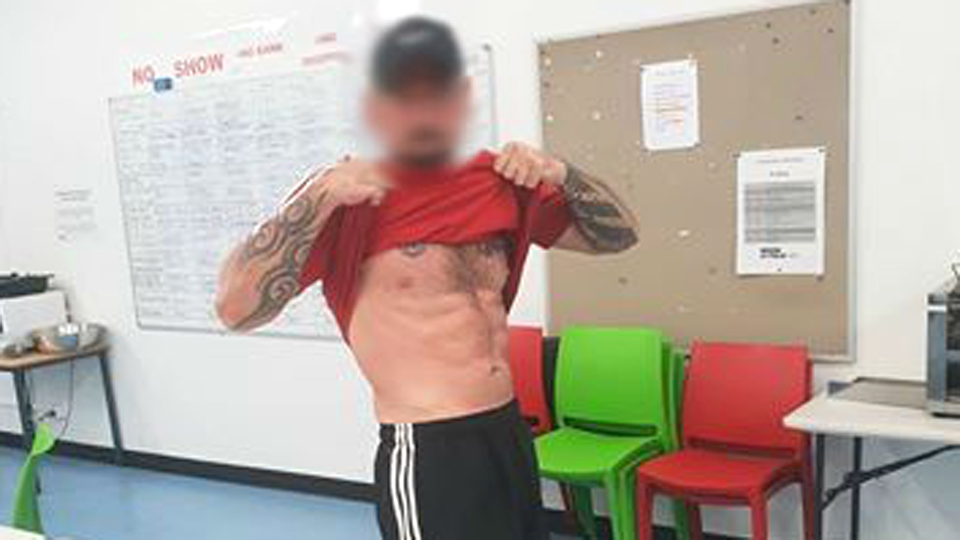 The man accused of the Northern Territory’s worst mass shooting has told a Darwin court he is “very sorry about what happened”.

Benjamin Glenn Hoffmann, 45, faced Darwin Local Court on Friday for the first time since being charged with murder over Tuesday night’s rampage that killed four men.

The heavily tattooed Mr Hoffmann appeared via video link from Darwin prison in a red T-shirt and white football shorts. He looked distressed and gaunt and appeared to have numerous cuts and bruises on his face.

When the discussion between NT Deputy Chief Judge Elizabeth Morris and Mr Hoffmann’s lawyer Peter Maley turned to whether he should remain in protective custody because he was a high-risk prisoner, he interrupted them.

“I do need help. I have asked for help,” Mr Hoffmann said.

“I am very sorry about what happened. I want to speak to Peter Maley as soon as possible.”

Mr Maley told Mr Hoffmann he could not speak to him again on Friday, but would speak to him shortly and that he should not say too much because there were many people in the court listening.

Mr Hoffmann was remanded in custody to appear in court again for a preliminary examination mention in September.

More charges are expected to be laid.

The four killings occurred within about 30 minutes on Tuesday.

The violence started at 5.39pm at the Palms Motel, where taxi driver Hassan Baydoun, 33, was shot dead during a meal break.

A 23-year-old woman at the Palms was shot in the legs and remains in hospital.

The shooter went on to kill Nigel Hellings, 75, in Gardens Hill Crescent less than a kilometre away.

Michael Sisois, 57, was killed a few hundred metres away in the Buff Club car park.

The shooter then drove two kilometres to Woolner, where 52-year-old Darwin casino security guard Rob Courtney appears to have fought for his life using a knife before being fatally shot.