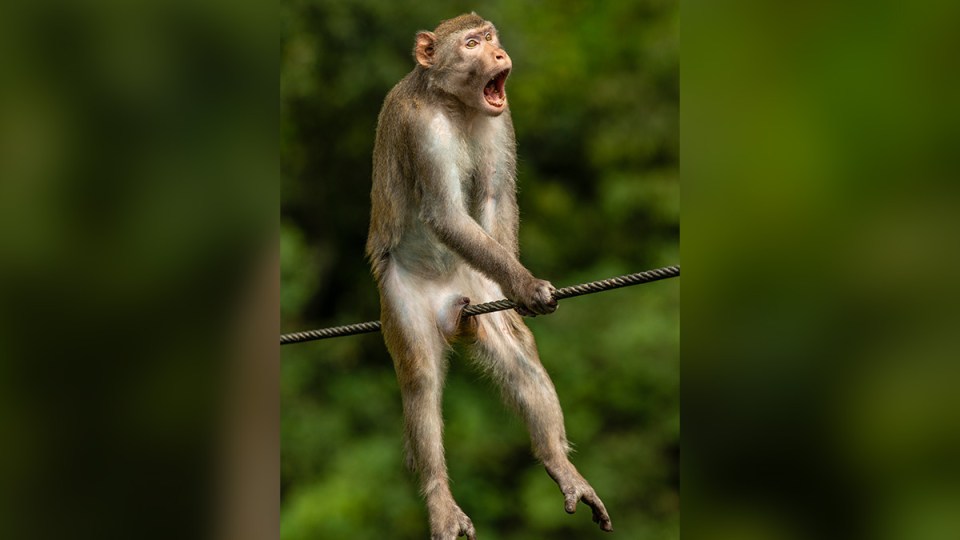 The funniest wildlife photos of 2021 have been revealed, with amateur photographer Ken Jensen taking out the grand prize for his shot titled Ouch!

Based in Britain, the competition has run for seven years and accepts entries from all over the world.

It was founded by professional photographers and promotes wildlife conservation, as well as being a chance to celebrate the funny side of wildlife photography.

From an entry pool of more than 7000, the overall winner was selected from 42 hilarious finalists.

Jensen said he was “absolutely overwhelmed” by the decision and said it was a great feeling knowing his photo was making people smile.

“The publicity that my image has received over the last few months has been incredible, it is such a great feeling to know that one’s image is making people smile globally as well as helping to support some fantastically worthwhile conservation causes,” Jensen said.

“Finally, I want to thank my wife Min, for the support and encouragement that she provides in my photography adventures.”

Ken Jensen captured the winning shot during a family holiday in 2016 and has won a safari in the Masai Mara, Kenya.

The amateur photographer from Blackburn, UK, got the timing perfect while photographing monkeys roaming and playing on a bridge over the river Xun in the Lonsheng Gorge, Yunnan, in China.

His lens caught a golden silk monkey in a very unfortunate position, with the title saying what we were all thinking: Ouch!

But based on Jensen’s description, this monkey was actually putting on a show of aggression.

So, maybe this is not quite as painful as it looks.