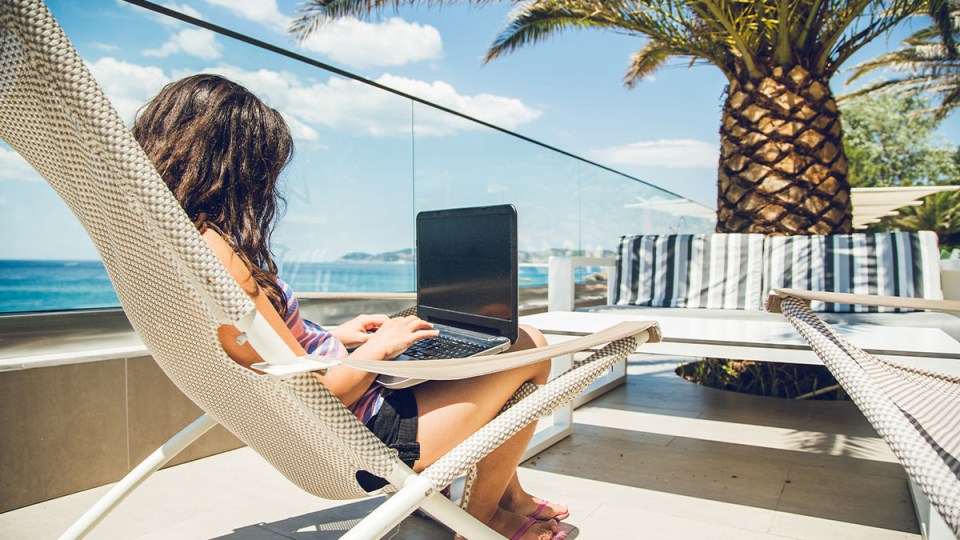 Workers are increasingly heading away from the city. Photo: Getty

The pandemic has taught many of us – and our employers – that an office full of people is not the only way to run a business.

Popular online travel marketplace Airbnb said this phenomenon, which it calls being “untethered” from the workplace, means more people are taking advantage of remote work to log in from, well, anywhere.

In September, the platform commissioned a Clearpath Strategies survey of 7500 adults across Australia, Mexico, France, UK and US.

It found that 41 per cent of Australians who work remotely would rather quit their job than return to the office full time.

And that nearly a third were more likely to live somewhere else while working remotely.

Meanwhile an adventurous 34 per cent of respondents said they might not even need a permanent residence at all in the future.

Simon Kuestenmacher, co-founder of The Demographics Group, told The New Daily that survey outcomes like AirBnB’s were limited in that they often depended on the way a question was asked.

Mr Kuestenmacher said we should be careful when it comes to future predictions and reliable data.

“People don’t know what they will want or will do in the future,” he explained.

Mr Kuestenmacher said that while respondents said they would leave their jobs, the reality of 41 per cent of the population actually leaving quitting due to an office ultimatum was unlikely.

But he said it was true that 5 per cent of the population, including farmers, worked from home before the pandemic.

That number was stagnant for about 20 years, until the catalyst event of COVID catapulted workers into a situation where, at the height of the pandemic, almost half of Melbourne was working from their homes, he said.

Business advisor and The Demographics Group executive director Bernard Salt wrote for The Australian on Thursday that after the upheaval of the pandemic, the way we work will not return to ‘normal’.

He said this is because “Australians are primarily driven by lifestyle.”

AirBNB has released a series of updates to its services to reflect this trend, including verified wi-fi connections and accessibility reviews.

Because there’s nothing more anxiety-inducing than planning to bring work with you on a trip, only to find the wi-fi is dead on arrival. 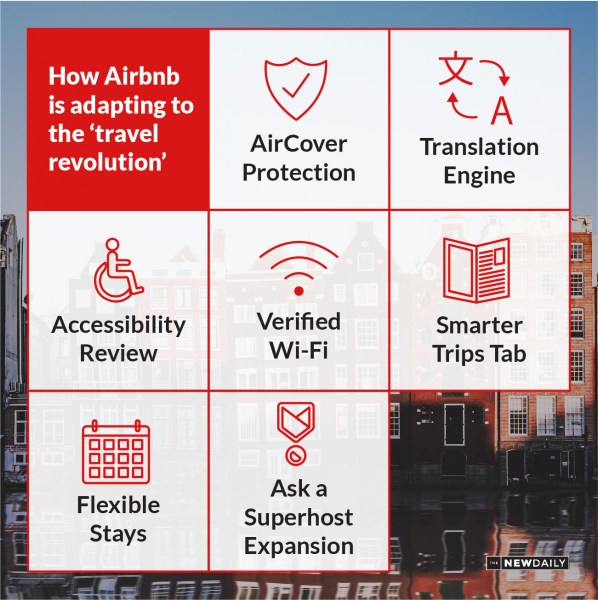 Users can also use the “I’m flexible” option on dates and locations for up to 12 months in the future, increased from six months.

Which means you could plan to try working from “anywhere” some time in the next year and it would be possible to book ahead.

But even with the return of travel and changes to the way we operate,  is a ‘no fixed address’ lifestyle realistic?

Council of Small Business Organisations Australia CEO Alexi Boyd told The New Daily we are still in a transition period.

Employers are still negotiating with their employees about vaccinations, who wants to return to the office and whether they feel comfortable.  While productivity is also a concern in some cases, she said.

This is all part of a bigger conversation, Ms Boyd said, about what society wants to see happen to our CBDs.

“Do we want CBD areas with flourishing, vibrant small business communities where we can go and work and have fun and for those small businesses to be providing that sense of community?” she asked.

Or do we want everybody working from home – whether that’s their own home or one they have rented from someone else.

Research by Australia’s Productivity Commission in September found most people want to spend at least some time working from the office.

“There are actual or perceived costs to working from home, such as reduced opportunities for collaboration and networking, reduced face-to-face interaction with managers, and consequences for long-term career prospects,” it said.

Despite these costs, the report found workers “highly value” the option to work remotely and most were “willing to change jobs or accept lower wages in order to continue working from home”.

Mr Kuestenmacher said the way offices are used will likely shift – with more focus on collaborative tasks – but they will not become obsolete.

As reported by The New Daily in December, research from Monash University’s research unit BehaviourWorks Australia found that most people would prefer to work from home three days a week.

Research fellow Dr Denise Goodwin told TND at the time she feared businesses would just see it as a cost-cutting measure, but said “if we actually put processes and practices in place that support remote working … then yes, [COVID will lead to long-lasting change].”

Labor victory fires up Tamil family’s hopes of return to their Biloela home
Analyst: Sharemarket will be anxious about a Labor pact with Greens
French foreign minister hails defeat of Morrison and his ‘notorious incompetence’
Tiger Woods quits PGA tournament after the worst round of his career
COVID claims 18 more lives as nationwide daily cases soar above 35,000
Volodymyr Zelensky: How war will end as Ukraine ‘breaks backbone’ of Russian army
Heard the term ‘revenge shopping’? Here’s what it means
Today's Stories

‘Work from anywhere’: Why big changes are coming to the workplace