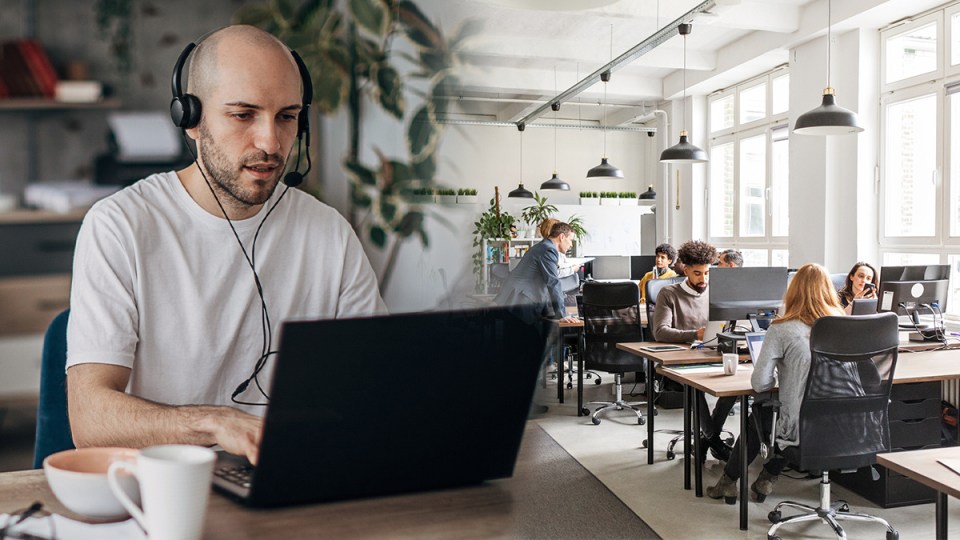 Most employees want to split their working week between the office and home. Photo: TND

After months of bedroom Zoom calls and working at kitchen tables, the findings should offer comfort to hundreds of thousands of office workers hoping their employer will offer them greater flexibility in the new year.

One study by the Boston Consulting Group found that, after coronavirus restrictions are lifted, up to 60 per cent of Australian workers want to work remotely for two or three days a week.

Kylie Blatsis, a senior account director at creative agency HBK, has been working from her home in Melbourne since March.

Ms Blatsis said she has enjoyed working in an environment free of distractions, as it has allowed her the time and space to immerse herself in her work.

In her previous roles at different companies, she said, she felt as though 80 per cent of her time was spent stuck in meetings.

But she’s nonetheless “excited at the prospect of interacting with people” in the office again – not least because she started her role at HBK just a week and a half before the beginning of lockdown.

“I think for me, and I think potentially for a lot of people who work at HBK, the ideal [working arrangement] would be being able to be in the office most of the time, but having some flexibility to be able to work from home,” Ms Blatsis told The New Daily.

“Whether that’s just because you need to be free of distractions, [as] there’s a big project and you just need to get in the zone, or whether it’s because your life requires some flexibility … I think that’s really important.

“And obviously what this year has shown is: actually, it does work.”

She says her research shows most people would like to work “around three days a week from home”, as remote working saves people time and money by eliminating the daily commute and provides greater flexibility for parents.

But she says the answer to the following question remains unclear: “How do you arrange things so that this is a win-win for the business and the employees?”

“My fear is that some organisations will just see it as a cost-cutting measure to reduce workplace space,” she told The New Daily.

“But if it’s done properly, and we actually put processes and practices in place that support remote working … then yes, [COVID will lead to long-lasting change].”

To get the most from working-from-home arrangements, Dr Goodwin said companies must give careful consideration to the systems of communication used when people are working remotely, while putting in extra effort to maintain their workplace culture.

“Moving forward, we should have new ways of working. We’ve been stuck in this era of ‘get up, catch the train, go to work, catch the train home’ for a long, long time,” she said.

“So there’s no reason why we shouldn’t be looking at different ways of working.

There’s a big opportunity here, but it’s got to be done right.”

Unfortunately, there’s evidence to suggest the transition to working from home has eroded our work-life balance.

It came after the Centre for Future Work released research showing that Australians are now working 5.24 hours in unpaid overtime every week – up from 4.6 hours in 2019.

“This year our annual survey of working hours has highlighted an insidious trend: Even when you are ‘home’, unpaid overtime is still rife,” Centre for Future Work economist Dan Nahum said at the time.

“COVID-19 has clearly heightened the challenge facing workers of balancing their paid jobs with their responsibilities at home.

“Our research shows that working from home is no panacea for this balancing act. In fact, in some ways, it makes the problem harder.”

Working-from-home revolution: Most Australians aren’t too keen on returning to the office