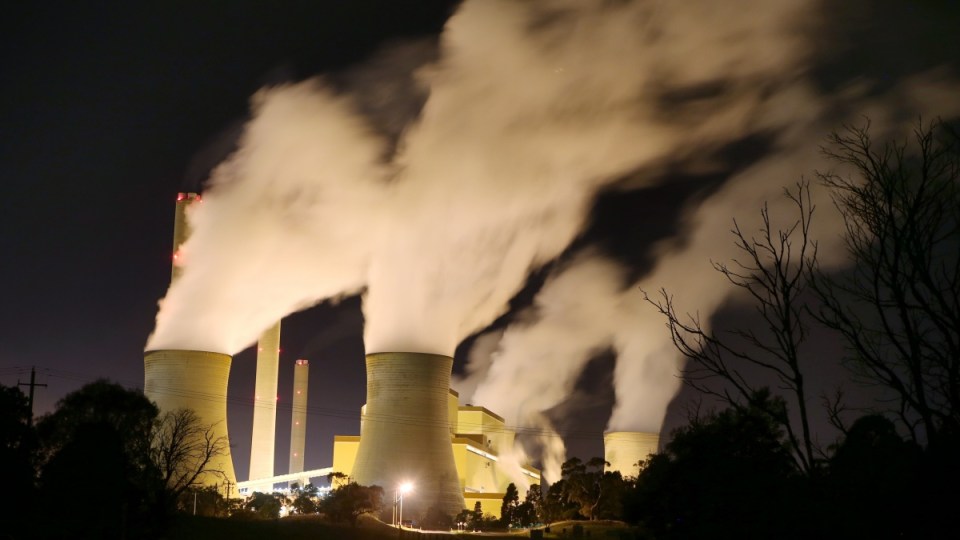 Australians are facing big jumps in electricity prices no matter who wins the federal election, with prices having already skyrocketed over the past six weeks.

That means it’s time to protect your household budget by shopping around for a better energy deal.

Just two weeks ago, the Australian Energy Market Operator announced that power prices were up 67 per cent in the March quarter and up 141 per cent compared to March 2021.

But since then, prices have spiked even more dramatically.

Hugh Saddler, an associate professor of climate economics and policy at the ANU, found that the median electricity price across the National Electricity Market jumped 97 per cent in April and by a further 39 per cent over the first nine days of May.

“That will filter through to retail prices,” he said.

Those retail price rises would be felt in July in all the eastern states bar Victoria, which allows retailers to move the standard offer price from January.

The extent to which retail prices will rise will depend on how long wholesale prices, which make up between 30 and 40 per cent of the retail price, stay elevated.

“If these prices are sustained, we are going to see some whopping big increases in prices,” said Professor Bruce Mountain, director of the Victoria Energy Policy Centre at Victoria University.

The drivers of the higher prices in recent weeks have been jumps in the prices of coal and gas along with a growing number of outages at coal-fired power stations.

Dr Saddler said those outages “are bound to get worse”.

“It’s partly due to their age but also because, as more wind and solar come into the market, they have to operate in a mode they weren’t designed for – ramping up and down as renewables come in and out of the market,” he said.

Time to check your bill

Given prices are set to rise even further, there has never been a better time to shop around for a better deal.

The first thing to do, says Liam Kennedy, a journalist with consumer group Choice, is to “review your energy plan and see if you can get a better deal”.

You need to understand the deal you are currently on to compare it to others.

First, have a look at the bill then contact your retailer to understand if you are on a fixed rate or one that varies with the time of day as market prices fluctuate.

Then, understand any incentives you might be receiving and ask if you could get a better deal.

Once you’ve understood your current deal, you need to check whether other retailers will give you a better one.

To do that, you can log into the website energymadeeasy.gov.au, which covers all the eastern regions except Victoria. 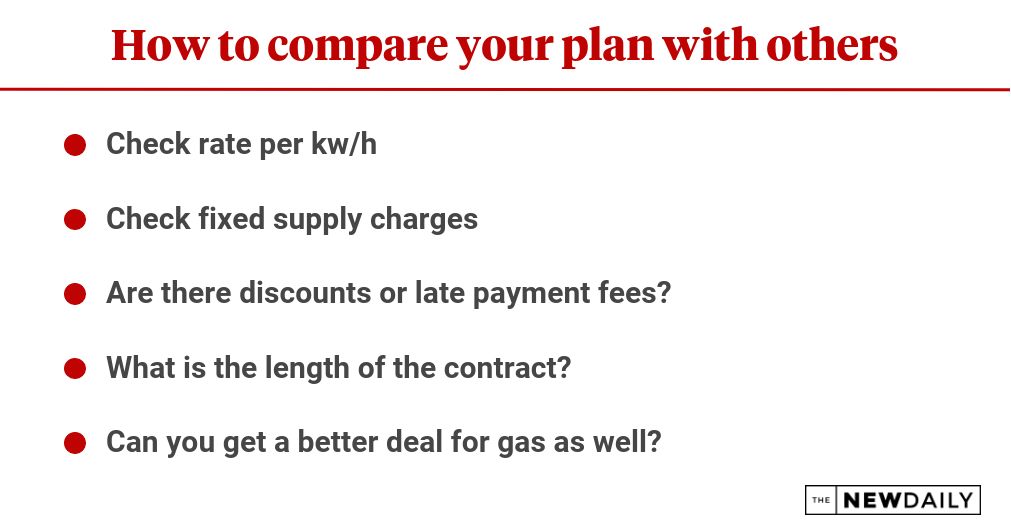 What you should check

The first thing to check is the basic price-per-kilowatt hour (Kw/h) and compare it to your current deal.

Then evaluate the discounts being offered by other providers.

“Are they dependent on you paying on time or in a certain way like with a credit card?” Kennedy said.

“Ask how long will the discount last – is it just a short time or will it remain in place while you retain the contract?”

Also, don’t forget to check whether there are late fees or penalties if you change the way you choose to pay the bill.

Power prices are skyrocketing. It’s time to shop around