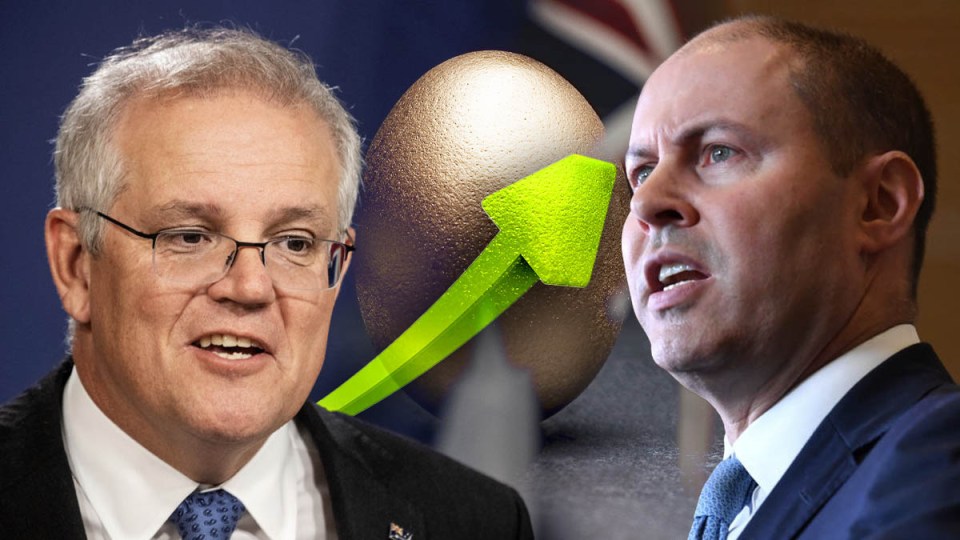 The Prime Minister and Treasurer have reportedly decided against blocking the legislated superannuation increases. Photo: TND

Australians are set to receive a 0.5 per cent boost in their superannuation payments from July as the Morrison government walks away from plans to block the legislated increases.

Although the government has made no official announcement, The Australian and Australian Financial Review have reported the government will allow the Superannuation Guarantee (SG) to rise from the current 9.5 per cent of wages to 12 per cent by July 2025 – despite calls from a group of backbenchers to block the move.

And the calls were certainly heard at the top.

Treasurer Josh Frydenberg said earlier in the year that he and the Prime Minister were reviewing the scheduled rises given the economic shock caused by the pandemic.

But given the economic recovery has exceeded expectations, the government seems to have run out of reasons to abandon the increase.

“What the government should do is to communicate clearly to Australian businesses and workers what the SG arrangements are going to be going forward.”

Research from mProjections shows that while the first step in the SG rise from 9.5 per cent to 10 per cent in July is important, completing the journey to 12 per cent is vital, especially for younger people.

Ian Henschke, chief advocate for National Seniors Australia, said increasing the SG was necessary, but the planned increases were not enough to deliver Australians the retirement balances they needed.

“We have to recognise that even with an increase from 9.5 to 12 per cent, actuary Michael Rice [of Rice Warner] found there would be the same proportion of people on the age pension in 30 years time as now,” Mr Henschke said.

“The only difference will be that there will be more part-pensioners and fewer full pensioners in 30 years’ time, because under the current system there is still not enough money there.”

He said only couples working in good jobs for the entirety of their working lives would save enough to be self-funded retirees on a superannuation guarantee of 12 per cent.

“If we want people to be fully funded, we should be looking at something around what the politicians and senior public servants get [15.4 per cent],” he said.

“We don’t want to have a system where some people are more equal than others. Recent research by ASFA [Association of Superannuation Funds of Australia] has shown that there are over a million Australians who have got no super.”

Meanwhile, economist Nicki Hutley, a partner with Deloitte Access Economics, said the decision to allow the SG rises to go ahead was to be welcomed.

“I’m really pleased to hear this because it was not a wise or rational decision on their part – more an ideological one – to block it,” she said.

“I disagreed with the position they were putting forward, saying you can either have a super rise or wages growth.

“That doesn’t sit well with what we’ve seen in recent years where we had neither strong wages growth nor superannuation rises.”

“There’s still way too many people who have super balances that are way too low, so I was never in favour of holding off, to be honest.”

Mr Jones said clarity on the future of the SG was vital given the political battle in the Coalition ranks over the past 18 months.

Although it now appears that the government has decided to allow the scheduled SG rises to occur, Mr Jones did not see it as a policy decision.

“[Mr Morrison] has just worked out that from an administrative and a political cost point of view, the move could not be blocked,” he said.

The administrative challenge is that the May budget is less than three weeks away, meaning the government doesn’t have the time or the resources to put into reversing the legislated rises.

The government would also have to get its budget agenda past the crossbench in the Senate and would not want to waste political capital blocking the SG rises, Mr Jones said.

Although it was harder for the government to mount an economic argument against the SG rise given the strength of the economic recovery, Mr Jones said that was not the main reason for the decision.

“It’s all about the politics,” Mr Jones said.

“They opposed the rise back in 2012-13 when it was legislated, and if they thought they could politically get away with canceling it they would.”

Mr Frydenberg and Superannuation Minister Senator Jane Hume did not respond to questions for this story.