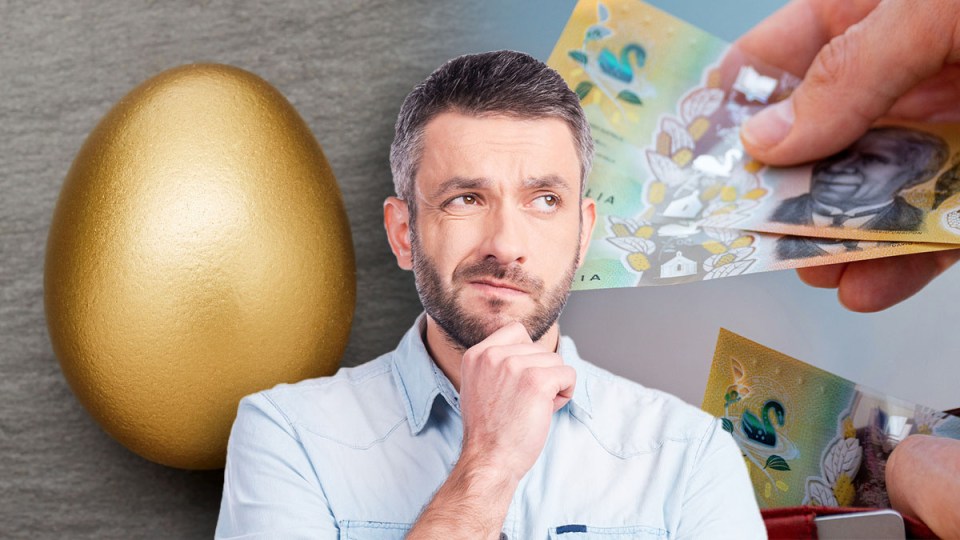 The government is considering letting Australians opt out of the legislated increases in the superannuation guarantee. Photo: TND

The federal government is mulling over a proposal that would allow Australians to substitute future increases in the superannuation guarantee for higher take-home pay.

Nine Newspapers reported on Wednesday that the Morrison government is considering letting the superannuation guarantee rise to 10 per cent in July as is legislated, but could make the next 2 per cent optional.

The SG is scheduled to rise in 0.5 per cent intervals every July until it reaches 12 per cent by 2025.

But a number of Coalition members have called for the SG to be held at its current level of 9.5 per cent. 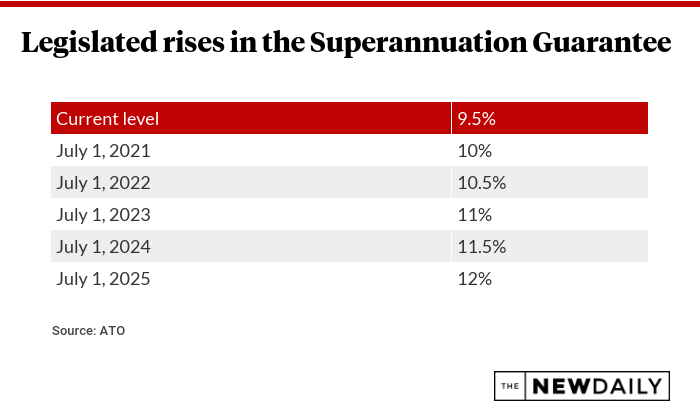 The solution aired in the Nine Newspapers seems to be a compromise between the forces wanting to scrap SG rises altogether and those – including the ALP, unions and super industry – pushing for the rises to continue as scheduled.

After the release of the long-awaited Retirement Income Review in November, Mr Frydenberg said “We will consider this report, we will consider other views that have been placed out there, and we will make a decision about [the SG] in light of current circumstances before the scheduled increase takes place [in July]”.

Labor’s shadow assistant treasurer Stephen Jones was dismissive of the proposal, describing it as “flying kites”.

“The government should acknowledge that we have a first-class retirement system and allow the SG to rise to 12 per cent as legislated,” he told The New Daily.

“This plan would see workers getting a cut in superannuation and instead having to fund their own wage rise,” Mr Jones said.

“Workers have already lost nearly $40 billion from their retirement savings through the government’s COVID early release measures. That will translate into $100 billion over [their] full working lives so we need measures to build up super savings, not cut them further.”

“I worry that it is pushing the idea that there is an either/or tradeoff between wages and superannuation,” she said.

“For the last decade, wages as a proportion of GDP have declined. What this is likely to result in is older people nearing retirement will take the money as superannuation while younger people will take it as a wage rise.

“We really need young people to save more for retirement, [but] this would turn a COVID emergency measure into a permanent option, reducing retirement balances.”

Industry Super Australia deputy CEO Matt Linden said not only would the plan reduce super savings for workers, it would also increase the amount of tax they pay.

This is because superannuation contributions are taxed at 15 per cent, while the average worker has a marginal tax rate of 32.5 per cent.

As a result, an average family consisting of two 30-year-old parents would pay $20,000 more in taxation over their working lives if they opted out of the SG rises, and have up to $200,000 less in their superannuation by retirement.

“Removing the ‘guarantee’ in the super guarantee to make it ‘optional’ is a recipe for higher taxes, lower lifetime incomes, and a red tape nightmare for business,” Mr Linden said.

“The government should follow through on the legislated increase to 12 per cent and not be exploring underhanded ways to renege on it.”

“Expert opinion says that superannuation savings need to be between 10 and 15 per cent of income to secure a reasonable retirement. If you take a middle path, it is 12 per cent or more,” he said.

“There are a lot of people struggling because of the crisis so if you were to use this as a temporary measure it would be reasonable.

“But in the long term, it is going to undermine people gaining a reasonable retirement.”

However, if other factors are included in the calculation, the move would not be detrimental to people’s retirement, according to Brendan Coates, household finances program director at the Grattan Institute.

“For most people, if their super goes to 12 per cent of income, it means that while they might pay less tax than they would outside super, when they retire they will get less age pension,” Mr Coates said.

“So they ultimately won’t lose out [if they take the pay rise instead of the SG rise], and the money would be more use to them now.”