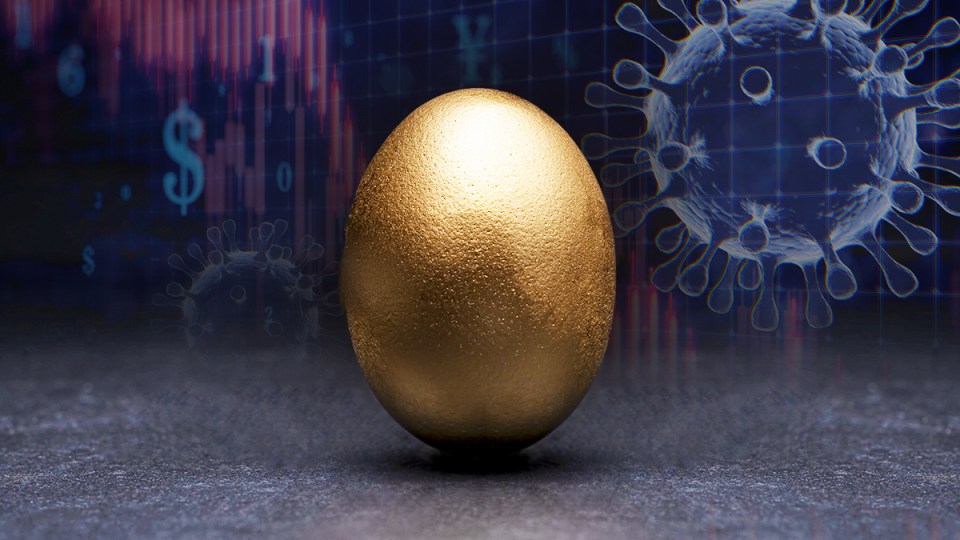 Superannuation proved golden despite the pandemic, ending the year in positive territory. Photo: The New Daily

As with everything in 2020, the pandemic turned superannuation on its head.

Prime Minister Scott Morrison said he would “carefully consider” delaying the legislated increases in the superannuation guarantee after Australia plunged into its first recession in 29 years.

And then came withering attacks from former prime ministers Paul Keating and Kevin Rudd, reigniting the political war over superannuation that has bubbled away ever since.

To say it has been a big year for super is an understatement, so here are five of the biggest stories that most affected members.

In March, the government moved quickly to give desperate Australians easier access to their superannuation to help them weather the effects of the recession.

Tranche two, from July 1 to December 30, was not quite as widely used. 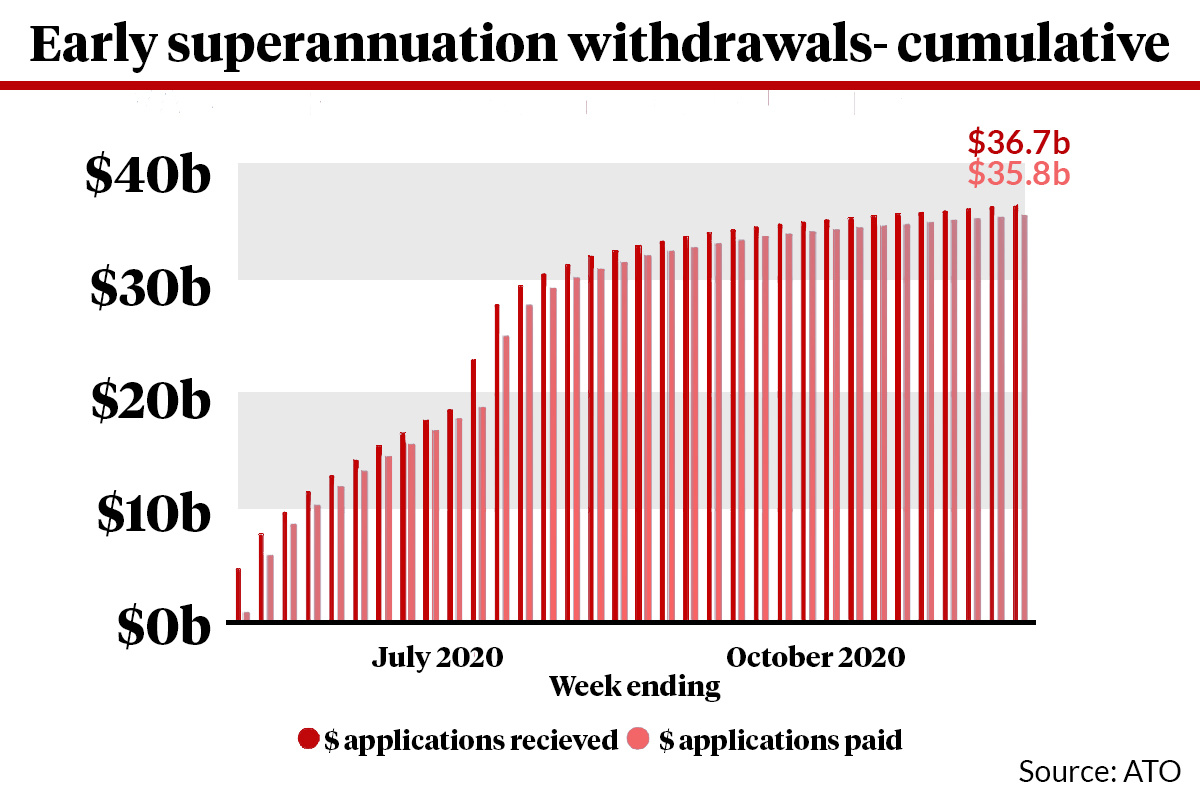 By December 13, the latest available figures, a further $15.2 billion was withdrawn for a total of $35.8 billion over both tranches.

Some 4.7 million withdrawals have occurred overall, with 1.4 million members going back for a second bite at the cherry.

Average withdrawals were $7645, while those going back for a second round after July 1 took an average of $8290.

Overall withdrawals were well below the $20,000 upper limit and the ATO has pledged to pursue people who have removed money without adequate cause.

The COVID-19 crisis hit world sharemarkets like a bomb in late February, pushing the ASX All Ordinaries Index down 37 per cent from 7255.2 points to 4564.1 in just one month.

That frightened super fund members who cast their minds back to the GFC, when the average balanced fund declined by just over 20 per cent after sharemarkets fell 50 per cent between October 2007 and February 2009, according to Industry Super Australia.

It took the average balanced fund three-and-a-half years – until September 2012 – to recover that lost ground, leaving many members pained.

But this year was a different story.

Super funds learned from the GFC and bolstered their positions by investing more in unlisted assets.

As a result, at the depths of the crash on March 23, super funds had fallen only 12 per cent from their highs and began a slow, steady recovery.

By November 30, the average balanced fund had actually gained 2.6 per cent for the calendar year and by December 31 Chant West expects that figure to reach a positive 3 per cent.

So, despite the first recession in 29 years and a frenzied sharemarket sell-off, Australians will actually make money on their super in 2020.

The federal budget delivered a surprise for the superannuation industry with new measures aimed at reducing the waste of multiple accounts.

When the relevant legislation is passed, workers entering the workforce for the first time will be signed up to a super fund that will follow them through life, unless they choose to change.

To make the choice easier, the ATO will set up a YourSuper online portal with a list of suitable super funds for new members to choose from. 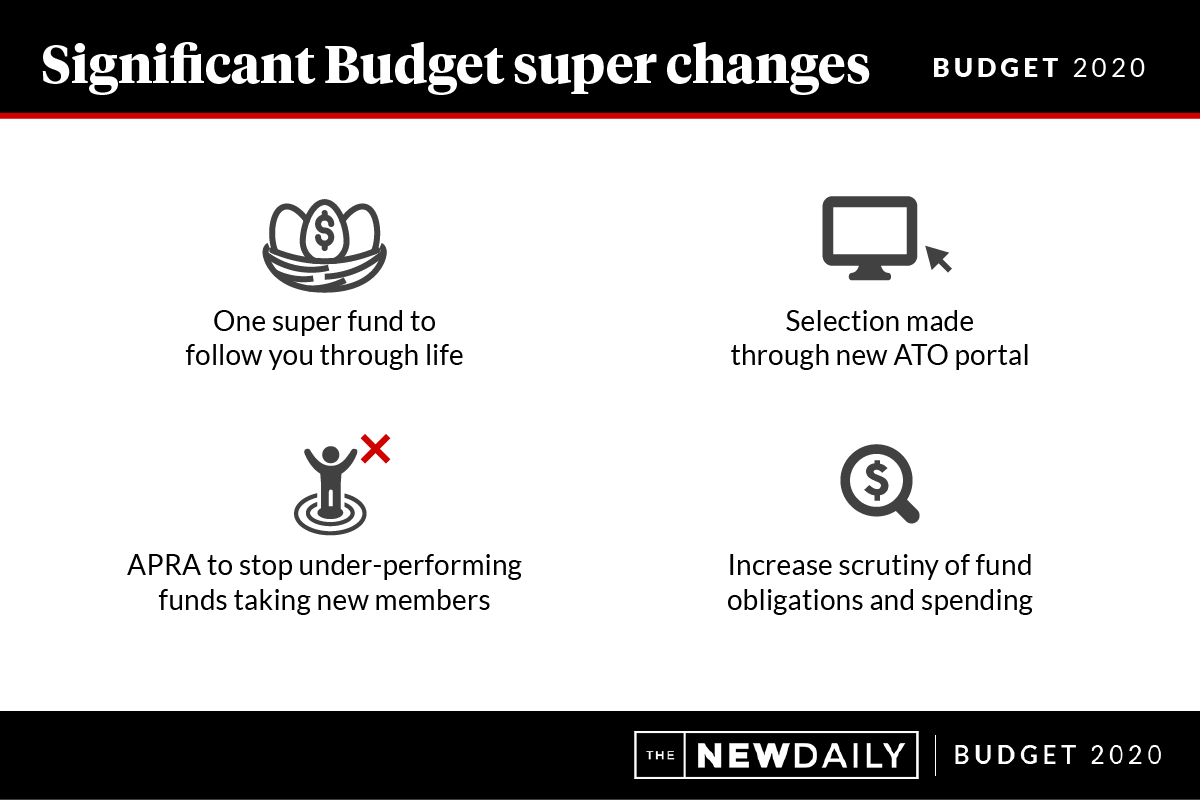 From July, APRA will also start measuring the performance of default super funds, writing to members if their fund fails to deliver financial returns that meet industry benchmarks (underperforms).

Should a fund underperform for two years in a row, it will be barred from taking on new members until it convinces APRA that it is performing adequately again.

From July 2022, APRA’s annual reviews will be extended to include choice funds, but only those deemed to be ‘trustee-driven’.

About $881 billion in Australian superannuation savings will avoid scrutiny as a result. And on top of this, only investment fees will be included in the reviews.

Administration fees will be excluded, meaning millions of retail fund members will not know whether they have a dud fund.

In November the government released its long-awaited Retirement Income Review, which reignited the debate over the necessity or otherwise of raising the superannuation guarantee from the current 9.5 per cent of wages to the legislated 12 per cent by July 2025.

Although it provided no explicit recommendations, the review leaned towards the side of leaving the SG as it is.

It claimed that lifting the SG to 12 per cent would slash working-life incomes by 2 per cent while forcing members to build larger nest eggs than necessary.

Leaving the SG at 9.5 per cent would allow lower-and-middle-income Australians to retire on 65 to 75 per cent of their working income, the review found.

It also said retirees needing more income could tap into their home equity.

Regulator APRA has been pressuring super funds to merge and improve their performance with a Heatmap first produced in December 2019 and again in December 2020.

The Heatmap found that 47 default super funds were underperforming and that, of these, 11 were forced to shut up shop in the default space over 2020.

As a result of the pressure applied by the Heatmap, 71 per cent of default super members were paying $408 million less in fees, or $47 less per member.