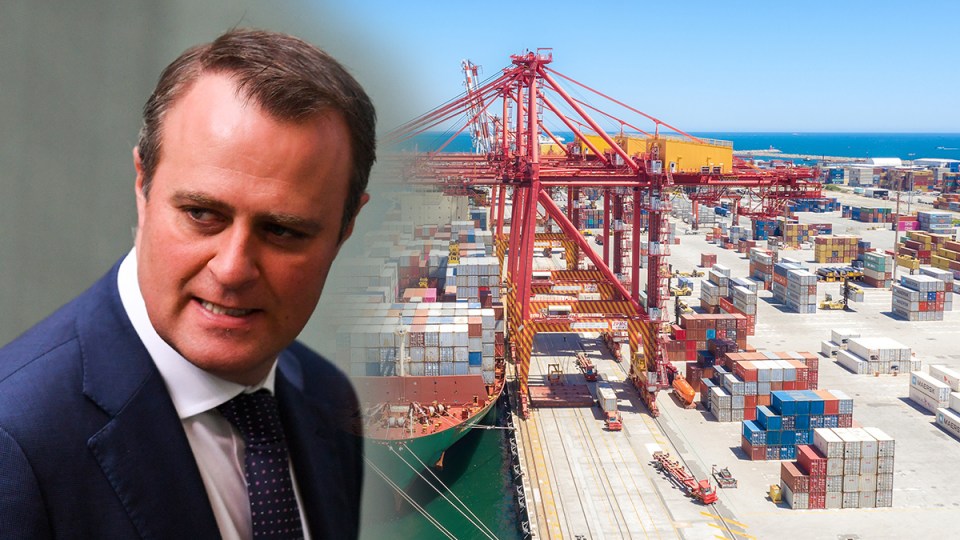 House Economics Committee chairman Tim Wilson has sent industry superannuation funds a list of questions relating to asset values and liquidity, but for-profit retail funds have not been questioned.

That news comes despite some retail funds investing in the same types of assets as industry funds, and both industry and retail funds having similar levels of liquidity.

In the letter to industry funds on committee letterhead, and signed by its banking and superannuation inquiry head Samantha Mannette, Mr Wilson’s committee asked a range of questions including the following:

“On January 1, what was the percentage share and nominal value of your listed to unlisted assets?”

It also asked for details of any write-downs in unlisted assets, whether funds had any liquidity issues, and how many members had sought to take advantage of recent permission to withdraw up to $20,000 from accounts.

When asked whether for-profit retail funds had received such questions, Mr Wilson told The New Daily they hadn’t.

“The letter was sent to industry funds as they hold unlisted assets – property and the like. It is something industry funds boast about. Retail funds don’t. They may indirectly through shareholdings, so it is priced in the share price,” Mr Wilson said.

But that is not the case.

Retail funds don’t hold unlisted assets to the same extent as industry funds, but “we have seen some increases with some retail funds now holding 10 to 15 per cent [of their assets] in unlisted assets,” said Mano Mohankumar, a researcher with Chant West.

Overall, industry funds hold about 20 per cent of their investments in unlisted assets with some, like AustralianSuper and Sunsuper, holding as much as 26 per cent.

Meanwhile, retail fund MLC group holds almost 14 per cent in unlisted allocations but has a target of 20 per cent.

AMP also has significant unlisted allocations of about 12 per cent, and Russell Investments holds close to 20 per cent.

Such holdings by retail funds were growing in some funds because they were acting as “a building block for their life cycle products,” Mr Mohankumar said.

Although retail funds may be less exposed to unlisted assets “they have larger exposure to equities, which have been marked down harder than unlisted assets to date,” said Alex Dunnin, research director with Rainmaker.

“It’s important that all sectors should be viewed on an equal footing and on their merits,” Mr Dunnin said.

Mr Wilson’s inquiries into industry fund liquidity come after speculation that industry funds would run into liquidity problems as a result of the early access to super scheme. (To date, the Australian Taxation Office has received roughly 360,000 withdrawal requests.)

However, Mr Dunnin said the superannuation system had plenty of liquid assets that could be turned into cash to fund withdrawals if necessary.

“The not-for-profit sector holds 51 per cent of this, while self-managed super funds hold 26 per cent and retail funds 23 per cent,” Mr Dunnin said.

Liquid assets consequently account for 51 per cent of superannuation assets in the not-for-profit sector, he said.

Overall, retail funds have 32 per cent of their assets in cash and bonds compared to 28 per cent for the not-for-profit sector.

“This difference reflects the retail sector being much more dominant among retirees,” who have a larger allocation to liquid assets as they no longer work and want greater security, Mr Dunnin said.

“There’s more liquidity in superannuation than we realise,” he said.

Overall, super was holding up while the sharemarket was down nearly 30 per cent.

“March super fund returns were down an average 9 per cent, and since February 20, when things started to turn, they have fallen 12 per cent. In the circumstances that is remarkable, in a good way,” Mr Dunnin said.

Shadow Assistant Treasurer Stephen Jones told The New Daily that Mr Wilson’s claims on unlisted assets showed “he is either ignorant or he doesn’t care about the reality”.

“He is is more interested in drawing attention to himself than facing the realities in front of us. The funds need to focus on important matters,” Mr Jones said.

“I presume [regulator] APRA is asking questions, but I haven’t heard them expressing concern.”

A spokeswoman for Westpac’s BT group said: “While the current market disruption is a significant and historical event, our limited exposure to illiquid assets means that we are highly confident that we will be able to meet our obligations to provide liquidity for members electing to switch allocations or make withdrawals through this difficult period.”