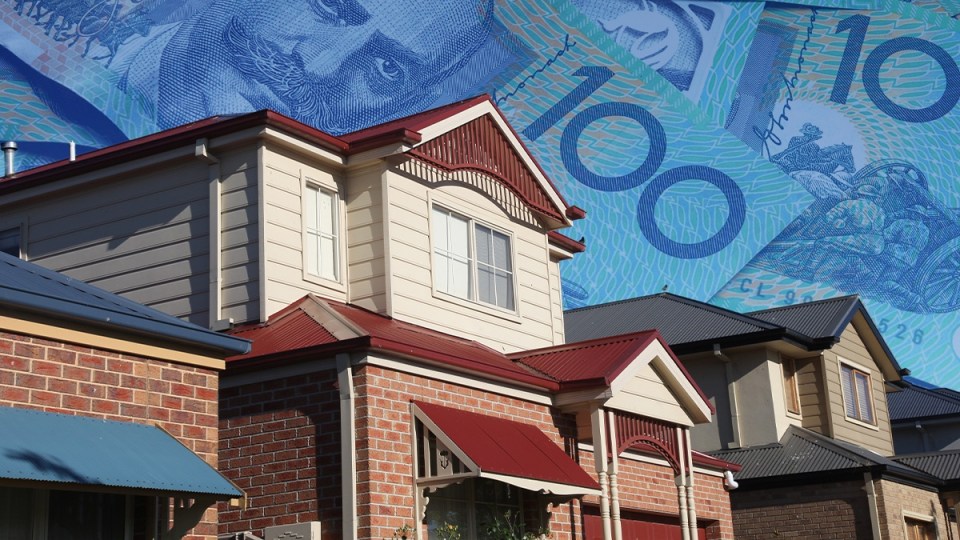 Australians are being hit with a double whammy of rising interest rates and falling property prices, with new data revealing even those who pay their mortgage bills on time could see their equity shrink by 2023.

As households brace for the Reserve Bank to raise interest rates on Tuesday for the second time in as many months, consumer comparison site RateCity has found those who bought in late 2021 face the sharpest squeeze as monthly bills soar.

Someone who bought a median-priced home in Sydney on a 20 per cent deposit could see their loan-to-value ratio (LVR) fall to just 13 per cent by the end of 2023 as house prices fall.

And those who bought with a 5 per cent deposit under federal government schemes could end up with negative equity.

RateCity’s analysis assumes property prices fall 9 per cent in 2023 as Westpac has predicted, and also applies to those who keep up with their mortgage repayments.

It’s a sign that the worst cost-of-living squeeze in two decades will eat into household wealth over the next two years.

“Some people will find themselves in mortgage prison where they can’t refinance,” RateCity research director Sally Tindall said.

“People need to be aware of these property price dips and what position they could find themselves in if they have trouble making their monthly repayments or want to refinance.”

But home owners are being urged not to panic and instead take a long-term view, because although prices are falling right now they’re expected to rebound and rise again over the next decade.

Australians are already feeling the long-expected housing correction on their balance sheets after national property prices fell in May for the first time since the middle of 2020.

Major banks expect things to get worse before they improve, tipping double-digit house price declines over the next two years as the Reserve Bank hikes interest rates on multiple occasions.

The plunge will merely unwind some of the gains booked in the 2020-21 price boom for owners who bought before COVID-19, or early last year.

But buyers who entered near the top of the price cycle late last year or in early 2022 may see their equity position shrink below the level that their bank approved, even if they pay their mortgage bills on time.

Ms Tindall said most people should be able to weather the squeeze if they can keep up with their minimum repayments.

But households coming off fixed-term loans over the next year may find themselves unable to refinance or restructure their loan to a better deal if their equity position has eroded.

“It’s when you go to refinance or restructure your loan that you’ll find there’s fewer options than you might otherwise have,” Ms Tindall said.

“Over the past two years, if you bought a house it was instant equity,” he said.

“But now you have to earn it, and the only way to do that is by being disciplined.”

“There’s no alternative,” he said.

“Don’t think that you can sell and wait for the bubble to burst – I’ve seen people try that too many times.

“You don’t need to panic. If you keep up repayments, the bank isn’t going to call the loan on you.”

The long-term view on the property market is much more positive than the near-term outlook, with prices expected to recover and rise further over the next decade, even if rates shoot up.

Mr Robertson said this means home owners should dig in and remain patient.

“Twenty years from now your property will be worth more than it is today,” he said.

How to combat shrinking equity

The best way to overcome shrinking equity is to exceed your minimum repayments where possible.

Mr Robertson said that will put owners in a good position to make the most of rebounding property prices down the track, because they’ll own more of their home when the correction has finished.

But rate hikes are adding hundreds of dollars to monthly repayments and making it harder to keep up as a result.

On Tuesday, the Reserve Bank is expected to take the official cash rate to 0.6 per cent – a decision that will add $66 to the monthly repayments on an average $500,000 owner-occupier mortgage.

That comes after another $66 increase in May when the Reserve Bank responded to surging inflation by lifting the cash rate for the first time since 2010.

Mr Robertson said households should try to prioritise their mortgage debt as these costs rise, as it can be easy to fall behind as rates go up.

“You should start to factor in higher interest rates [than currently] into your repayments – that will save you from stressing about rate rises at night,” he said.

“If you can’t, then ask yourself what you need to do to be in a position to be able to afford it.”