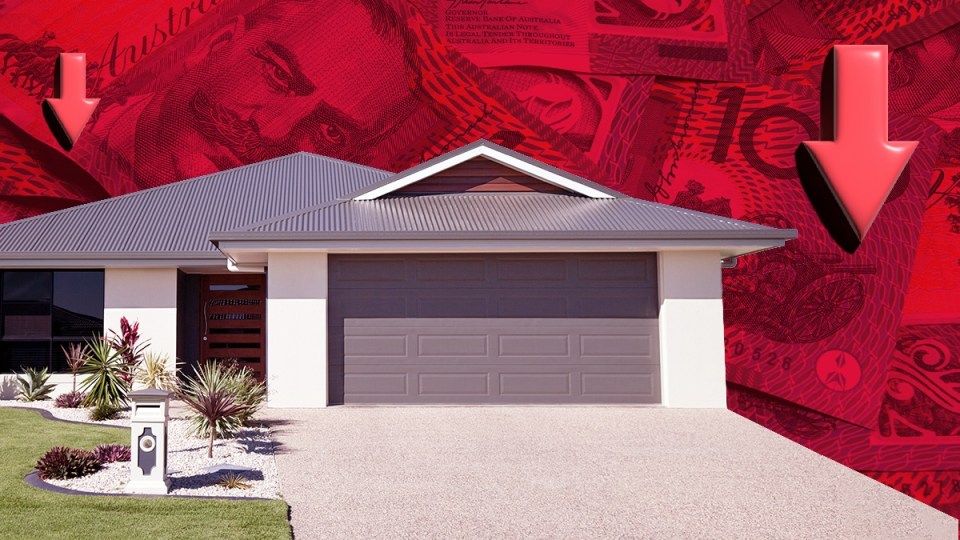 Property prices have started falling nationally, but there are still opportunities for buyers. Photo: TND

Australia’s housing market has started falling from its pandemic highs, with property prices down 0.11 per cent in May amid rising interest rates.

Figures published by REA Group’s PropTrack on Wednesday reveal the housing market has gone backwards for the first time since the middle of 2020, led by the two largest capital cities of Sydney and Melbourne.

Housing prices in regional areas have also started to decline, though smaller cities like Brisbane, Adelaide and Perth continue to record gains in a sign that a “two-speed market” has emerged.

Economists are expecting property prices to fall further in the next year as the Reserve Bank lifts interest rates and home buyers struggle to afford already sky-high prices in most capitals.

It means home owners that kept up with their mortgage payments as prices shot up in 2021-22 may want to revalue their properties to lock in equity gains before the market cools too significantly.

Australia’s two largest capital cities recorded the fastest property price declines in May, according to PropTrack.

Property prices also fell marginally in Canberra (0.12 per cent) and in Hobart (0.05 per cent).

PropTrack economist Paul Ryan said that shows a “two-speed market” has emerged during the pandemic.

“We’ve seen a big divergence open up with those more affordable capitals,” he said.

“Preferences are shifting towards larger dwellings and prices in those markets are lower.

“We’re likely to see that trend continue, at least for the rest of the year.”

The divergence in median prices between smaller capitals and the two biggest cities is also driving prices lower in Sydney and Melbourne.

Mr Ryan said buyers in these markets are suffering with affordability issues, which is combining with rising interest rates to push down prices.

The Reserve Bank increased rates to 0.35 per cent in early May and could hike to 2.5 per cent in the next few years, according to market analysts.

This will reduce buyers’ borrowing power, making it tougher to afford the sky-high property prices seen in Sydney and Melbourne during COVID-19.

Major banks estimate prices will fall by more than 10 per cent against this backdrop over 2023.

But PropTrack predicts demand will hold up in these markets – unlike in 2017-18 when property prices last fell – because migrants are returning to urban areas and investors are chasing higher rental yields.

Mr Ryan said home owners who kept paying off their mortgage during the pandemic are now in a much stronger equity position than before the house price boom in 2021-22.

That means there’s a much bigger pool of households that can afford to upsize their properties, using the proceeds from the sale of their previous home as a deposit for a new one.

Home owners looking to upsize may want to get a revaluation done before the market cools too much, because they might be able to leverage their wealth to renovate their current property or look to move up the ladder.

“Those increased prices unlock quite a lot of housing transactions,” Mr Ryan explained.

On the other side of the market, many buyers are also waiting to see how the balance between rising interest rates and falling house prices plays out before jumping into the market.

And although the outlook for these buyers remains unclear, with the RBA making decisions on interest rates each month, Mr Ryan said things may improve for buyers struggling to save a deposit.

“Conditions are tilting back a bit more towards first-home buyers, because their constraint has been the deposit, not loan serviceability,” Mr Ryan said.

“Over the past two-and-a-half years, prices have grown faster than buyers can save, but in slower market conditions they have time to catch up.”

‘Two-speed market’: Property prices are falling as rates rise, but not everywhere