Property prices are growing at their fastest pace since 2003

Property prices are growing at their fastest pace in more than a decade, and the likelihood of further rate cuts means they’ll reach record highs within months.

But economists worry record debt levels will discourage consumers from spending, and consequently keep a lid on economic growth.

According to CoreLogic, national property prices are now 4.7 per cent higher than their trough in June, after recording their fastest monthly growth rate (1.7 per cent) since 2003.

Sydney and Melbourne experienced the largest increases, with prices over the month rising 2.7 per cent and 2.2 per cent respectively.

And even Perth, which has been struggling since the end of the mining boom, saw values increase.

There, prices lifted 0.4 per cent – meaning Darwin was the only capital city to see prices fall. 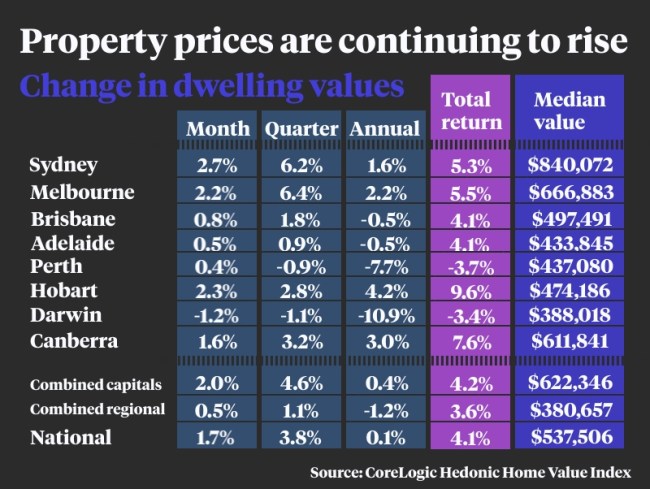 Low levels of stock and the prospect of further interest rate cuts have also played a role, he said.

As has “an improvement in housing affordability following the recent downturn”.

“The Australian housing market is now five months into an unexpected period of rapid recovery,” he said.

“The question is, how long can such a high pace of capital gains be sustained?” 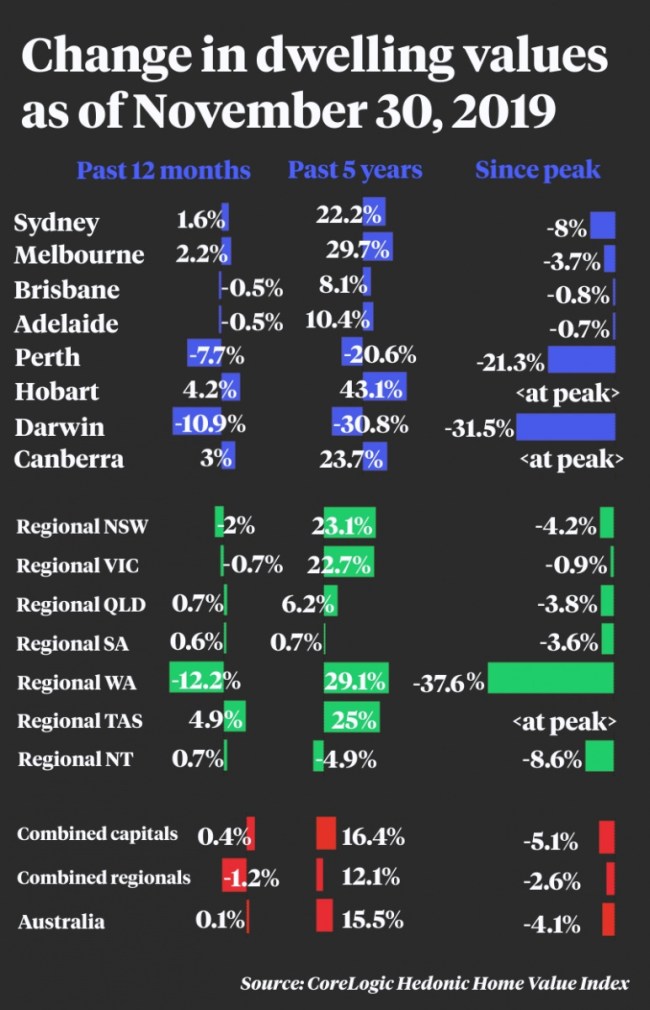 Analysts are split on that question.

SQM Research managing director Louis Christopher is tipping prices to rise between 8 and 13 per cent in 2020, if the RBA drops the official cash rate to 0.5 per cent.

“Bearing in mind that further rate cuts are pretty much consensus [opinion] amongst private-sector economists, you’d think there still is a fair way to go in terms of this upswing in prices, particularly in Melbourne and Sydney,” Dr Joiner told The New Daily.

Absent a major economic shock, he’s predicting prices to reach their 2017 peaks in the second quarter of 2020.

And a combination of looser lending standards and the “fear of missing out” will see prices rise beyond that, he said. 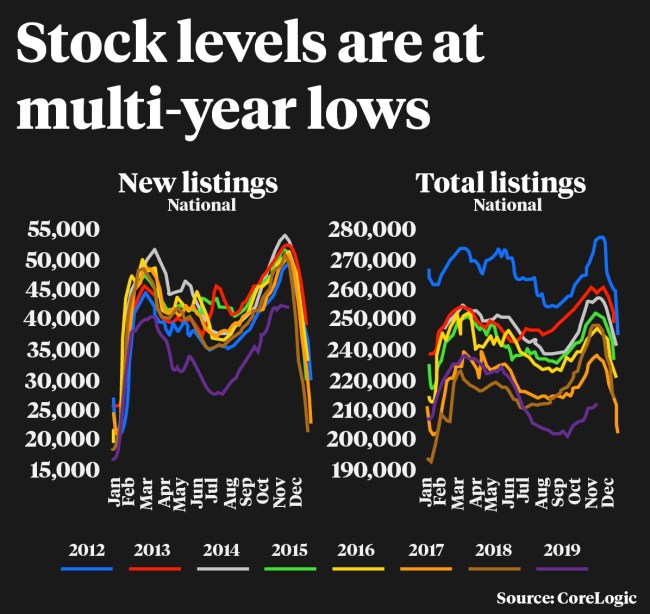 According to CoreLogic, the number of properties available for sale in November was at its lowest level for this time of year since 2009.

“So as we see a pick up in supply, you would expect the monthly increases in house prices to moderate in Sydney and Melbourne,” she said, adding weak consumer sentiment and decreasing affordability would also dampen growth.

“It’s hard to imagine prices continuing at this pace because some of the increase in demand has been from first-home buyers, where we saw some some improvement in affordability,” she said.

“So as you reverse that, you would expect first-home buyer demand to become a bit softer, and for those affordability issues to rear their heads again.”

Most economists expect the central bank to hold the official cash rate at 0.75 per cent, before cutting to 0.5 per cent in February.

AMP Capital chief economist Shane Oliver said the strength of the house price recovery would “no doubt cause some consternation at the bank”.

But with housing credit growing at just 3 per cent a year, he said it would be at least six months until APRA or the Reserve Bank considered introducing policies aimed at slowing down the housing market.

“As we saw over the 2012-17 period the RBA will do what it believes is right for the “average” of Australia as opposed to a couple of cities,” he said.

“In other words, we don’t see the rebound in the Sydney and Melbourne property markets as a barrier to further [rate cuts].”

Property prices are growing at their fastest pace since 2003