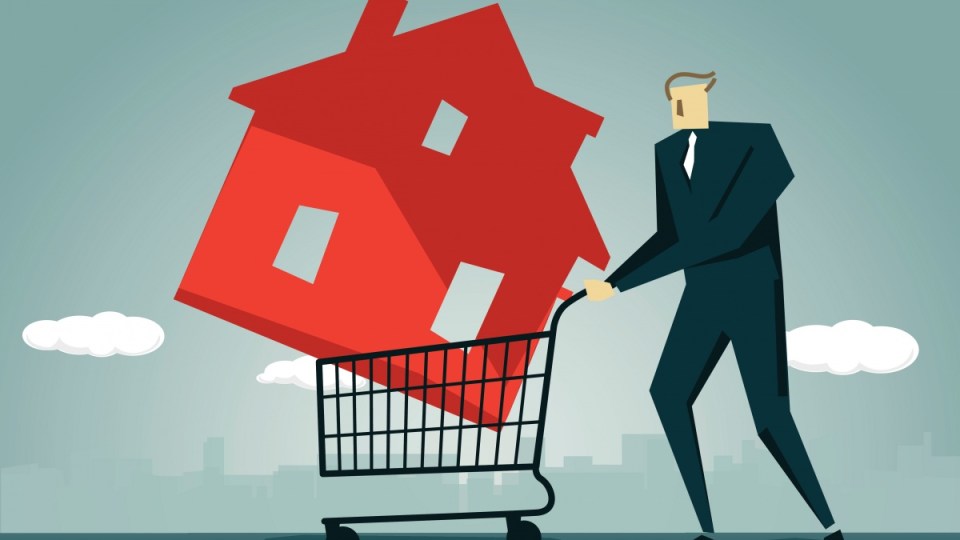 Fresh data has revealed property is continuing to recover at pace.

For while home loans grew for the fourth consecutive month in September, on Friday the RBA downgraded its GDP growth forecast for 2019 from 2.4 to 2.25 per cent.

According to ABS figures, lending to owner-occupiers increased 3.2 per cent in September – after lifting 1.9 per cent in August – while investor lending, surprisingly, fell backwards (4 per cent).

AMP Capital senior economist Diana Mousina said the data was yet more evidence of a rapid recovery in the property market.

“It’s definitely a sign that the housing market has turned a corner – and it’s likely to stay that way for the next few months at least,” Ms Mousina told The New Daily. 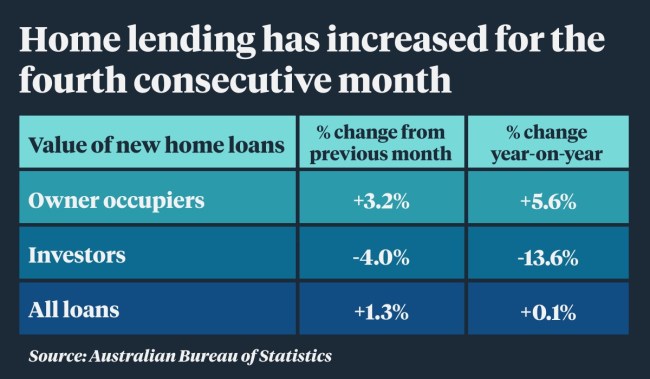 Lending to owner-occupiers has now increased 17.3 per cent since its May 2019 trough, and is currently at its highest level since July 2018.

Master Builders Australia chief economist Shane Garrett said the figures were the latest development in an “unfolding good news story” – one which would support greater spending and investment down the track.

“The state of the housing market has a huge impact on people’s willingness to spend and invest,” he said.

“The continued improvement in the housing market will assist in this respect.”

Other economists, however, would beg to differ.

Perhaps unsurprisingly, that rapid growth rate has economists concerned about spiralling household debt and its negative impact on spending – with the RBA finding in March that households owed $1.90 for every $1 they earned in income.

“Housing is responding much more sharply to recent rate cuts than either household spending or business conditions,” ANZ economists Adelaide Timbrell and David Plank wrote in a note to clients on Friday.

“The resultant upward pressure to our already high household debt weighs on household spending and may make Australian households more vulnerable to an economic shock.”

In its quarterly statement on monetary policy – which predicts growth rising to 2.75 per cent in 2020 and roughly 3 per cent by 2021 – the RBA said the housing “turnaround has come sooner and faster than had previously been expected”.

But it said it’s unclear whether rising house prices would lead to a pick-up in household spending – after previously finding that a 10 per cent increase in debt led to a 0.3 per cent decline in consumer spending.

“There are still a lot of negatives weighing on households, like low wages growth and high household debt, which might negate the impact of higher home prices,” Ms Mousina said of the RBA’s consumption outlook.

And with household consumption comprising roughly 60 per cent of GDP, that means the prospects for growth are poor – and perhaps worse than the RBA is letting on.

For while the RBA’s 2019 forecast of 2.25 per cent is already more than 1 percentage point lower than the 3.3 per cent it forecast last November, it’s still significantly higher than the International Monetary Fund’s forecast of 1.7 per cent.

“The RBA is too optimistic on the labour market, which then flows through to wages growth, inflation, and the general wellbeing of the economy,” Ms Mousina said.

“All the forecasts are too optimistic.”

The RBA’s 2019 growth downgrade comes after a string of weak economic data.

The Federal Chamber of Automotive Industries announced on Tuesday that new vehicle sales in October were down 9.1 per cent year-on-year – marking the 19th consecutive month of falling sales.

And ABS figures on Monday revealed retail sales had grown at their slowest annual pace since the 1990-91 recession.