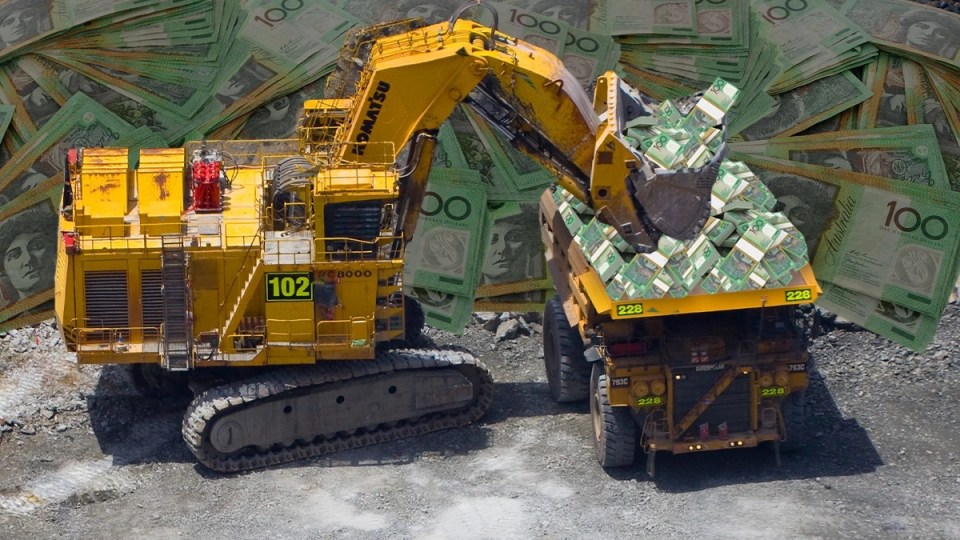 New analysis has found rising profits are to blame for inflation, but not everyone agrees. Photo: TND

You’ve seen it at the supermarket and the petrol bowser – Australians are suffering under the worst bout of inflation in more than two decades.

But what, or who, is driving this monumental cost-of-living crisis?

New analysis from progressive think tank The Australia Institute suggests soaring profits are to blame and not fears about rising wages.

In a report published on Monday, the institute’s chief economist Richard Denniss said it’s businesses, not workers, who must tighten their belts.

He said a breakdown of economy-wide price changes over the past eight months shows profits have accounted for 60 per cent of inflation, while wages growth has contributed just 15 per cent.

But other economists disagreed, arguing that while some firms may be hiking prices above and beyond their costs, Dr Denniss’s analysis doesn’t prove that profits are driving overall inflation.

The causes of the current bout of inflation have been at the centre of economic debate as the rate of price rises picked up sharply, reaching 5.1 per cent annually over the March quarter (the highest level since 2001).

Some commentators have argued that, in addition to global cost pressures, companies passing on the cost of higher wages are to blame for the sharp price hikes in Australia.

But Dr Denniss said that’s wrong. Instead, he argued soaring profits are a much bigger driver.

His analysis compared price changes across the economy with a breakdown of Australia’s national income into profits and wages.

It found that profits are rising much faster than wages as prices go up.

Dr Denniss argued this shows firms are raising prices to maintain and expand their margins in the face of higher costs – not because workers are being paid more for the goods and services that they’re producing.

“The national accounts show it is rising profits, not rising costs, that are driving Australia’s inflation,” he said on Monday.

“While workers are being asked to make sacrifices in the name of controlling inflation, the data makes clear that it is the corporate sector that needs to tighten its belt.”

Not wages, but profits?

The report caused disagreement among economists on Monday.

The claim that rising wages aren’t to blame for the current bout of inflation was widely accepted. But economists were sceptical that profits were the main driver.

Economist Saul Eslake said the data does show that a higher share of income growth in the past two decades has gone to profits over wages.

But that doesn’t mean that rising profits are driving the latest round of inflation.

“It’s drawing a long bow to say that the rise in inflation in Australia over the past three quarters is primarily driven by further increases in profit margins,” he said.

One issue Mr Eslake and Professor Holden had with the analysis was that it leans on very broad measures of prices, wages and profits.

These are known as the GDP deflator and factor incomes of production.

Professor Holden said the relationship between the share of income from production flowing to wages versus profits and how prices change across the entire economy is quite “murky”.

“They painted it as though a couple of mean, greedy companies are driving inflation,” he said.

For example, in Australia’s case, changes in national income can be largely influenced by our huge commodity exports, which have run rivers of gold lately as global prices have soared.

This pushes up profits on an economy-wide basis, but doesn’t reflect all the decisions being made by individual firms across myriad industries.

“It is fair to attribute a good deal of the rise in inflation to business’ ability to pass on cost increases,” Mr Eslake said.

“Whether that’s merely to maintain their profit margins or expand them further is something that can probably only be ascertained on an industry-by-industry basis.”

In other words, while it could be the case that many firms are lifting prices faster than their costs are rising, we can’t really draw sweeping conclusions about it from such broad datasets.

According to Professor Holden, the rising share of profits relative to wages largely reflects wider global shifts in the balance of power between capital and labour over the past two decades.

This includes the growing role of technology in capital costs and the globalisation of job markets.

For its part, the Australia Institute argued in its report that businesses could – theoretically – have not raised prices and instead simply have dealt with rising costs through lower profit margins.

“If firms choose to absorb all of an increase in cost rather than increase prices then cost increases will lead to a reduction in profit, not an increase in prices,” the report said.

“Similarly, if firms pass on price increases that are more than enough to cover an increase in their production costs, then profits will rise.”

It’s clear firms have hiked prices, and while it’s hard to know how much profiteering is going on, Mr Eslake said it’s no mystery why companies are getting away with it.

He put it down to soaring consumer demand for goods and services since COVID-19, which has enabled businesses to raise prices without sacrificing too much in the way of sales.

Basically, because governments and central banks stimulated the economy during the pandemic, there’s a lot of pandemic savings flowing into elevated purchases of goods and services.

That’s allowed companies to hike prices without losing many customers.

And it’s a cycle the Reserve Bank is trying to tackle now by raising interest rates, which increase mortgage bills for many households, preventing them from spending that money elsewhere.