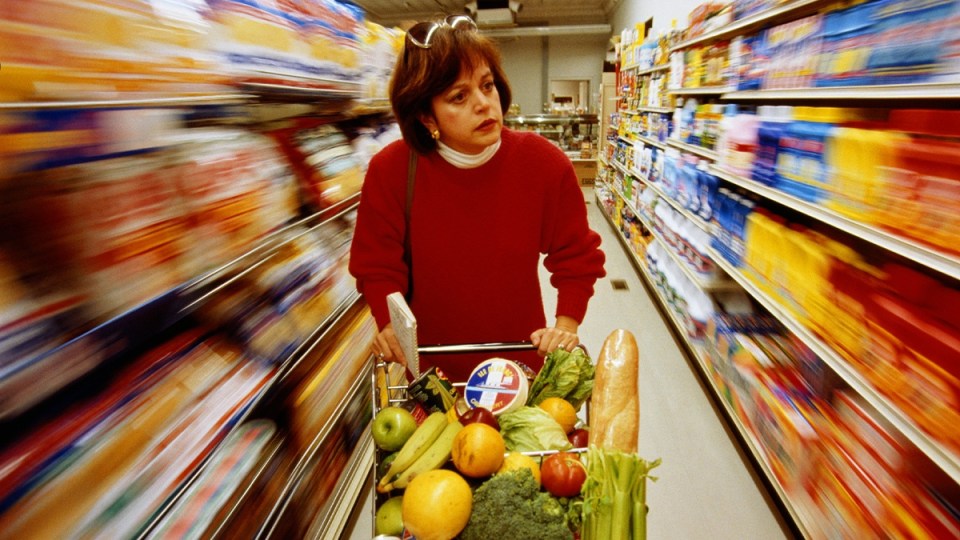 Consumers are responding to the cost-of-living pinch by tightening their belts, new data shows. Photo: Getty

The worst cost-of-living squeeze in two decades is pushing Australians to make major changes to their spending habits, a new report reveals.

And the highest inflation rate since 2001 is also prompting a series of lifestyle changes, including fewer “micro treats” like snacks and long-awaited holiday plans being delayed or cancelled.

“Consumers are not only noticing price increases more (particularly when spending on groceries, transport and utilities), but are changing their spending habits and lifestyle patterns in an attempt to tackle them,” NAB economists Dean Pearson and Robert De lure said.

Unsurprisingly, consumers in the lowest income brackets were much more likely to have cut back on spending than other households, with 40 per cent admitting to dipping into their savings to tide themselves over until pay day.

NAB said consumers are feeling the sharpest cost rises at the supermarket, followed by transport and energy bills – though more than half said eating out has also become more expensive.

Those perceptions broadly match up with official inflation data, which found prices rose by an annual rate of 5.1 per cent in March, led by soaring petrol prices.

Just under half (46 per cent) of consumers surveyed said they were cutting back on driving to avoid higher petrol costs.

But one type of hip pocket pain that hasn’t been reflected in official data yet is utility bills.

In response, 48 per cent of consumers said they were cutting back on their electricity use, making sure they turn off appliances and lights.

Other essentials like groceries are also squeezing households, with more than half of shoppers (54 per cent) switching to cheaper brands or taking extra time to research the best prices.

Food and alcoholic beverages prices shot up 2.8 per cent over the March quarter, according to ABS data, including a 6.6 per cent spike in vegetable prices and a 4.9 per cent rise in costs for fruit.

These higher prices for essentials like food, petrol and power are forcing Australians to cut back on discretionary purchases, too.

That much has been seen in recent consumer spending and confidence data, but it also showed up in NAB’s survey.

About 43 per cent of shoppers are cutting back on food delivery apps like UberEats, while 40 per cent are spending less on entertainment.

About a quarter (26 per cent), meanwhile, said they have cut back on the gym or sport.

Such large-scale cuts in spending are ominous because, as Reserve Bank governor Philip Lowe said this week, inflation has yet to peak.

According to the RBA’s latest forecasts, inflation will worsen through the remainder of 2022 and peak at 7 per cent in annual terms by the end of the year.

Price growth is tipped to slow after that as global issues like shipping delays are gradually resolved – though high commodity prices will keep prices for other essentials like petrol and power elevated for some time.

“We’ll need to wait and see whether spending lifts in the last week of June,” she said.

“If EOFY sales disappoint we may have a slowdown on our hands”.