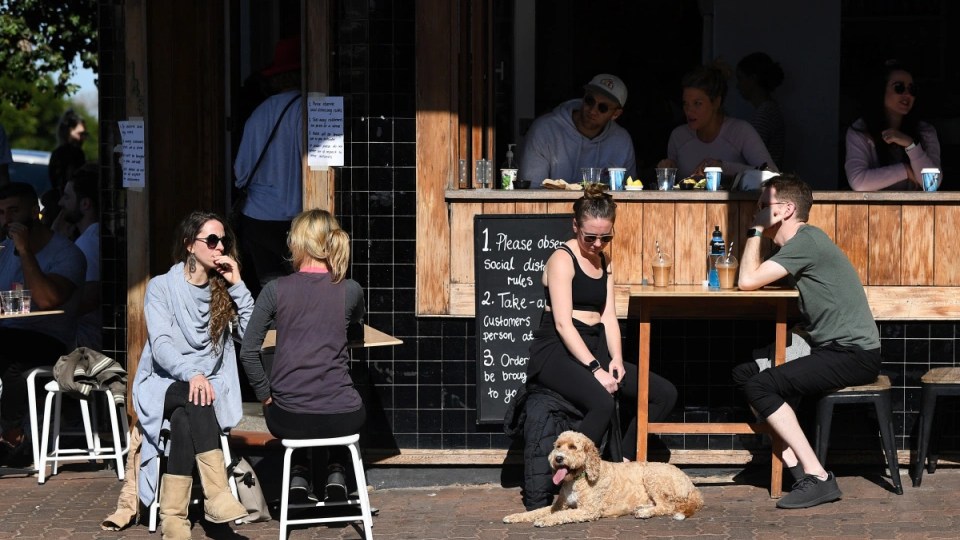 A return to restaurants and tourism has driven a "strong" first quarter for Australia's economy. Photo: AAP

Australian households spent more money eating out and travelling the country over the March quarter, helping the national economy weather the Omicron outbreak and natural disasters.

But prices for everything from food to petrol and electricity are rising fast, threatening to bite into savings accounts later this year after businesses refilled their stock levels with costlier imports.

Economists said this means the outlook for households is souring, despite national accounts data on Wednesday revealing a “bright” start to 2022, with annual growth running at 3.3 per cent.

“The data shows the economy is looking pretty resilient to what we’ve gone through,” APAC Indeed economist Callam Pickering said.

“But it’s still very early in terms of what’s going to be a fairly long-term inflationary spike.”

Gross Domestic Product (GDP) grew 0.8 per cent over the March quarter, in what economists called a “very strong” reading amid the effects of Omicron and flooding in New South Wales and Queensland.

“The headline result is solid considering the surge in COVID-19 cases due to the Omicron outbreak as well as the east coast floods,” Commonwealth Bank’s economics head Gareth Aird said.

Economic growth remained slightly above long-term averages, reflecting a continued rebound from lockdown-induced recessions throughout the pandemic in 2020 and 2021.

And it was consumer spending that again drove the economy forward, with a rush to restaurants and tourist hot spots helping to push household consumption up by 1.5 per cent in annual terms.

Discretionary spending spiked 4.3 per cent – returning to pre-pandemic levels for the first time.

The household savings rate fell from 13.4 per cent to 11.4 per cent during the March quarter.

However, economists warn the outlook for households is souring as prices rise, with inflation threatening to eat into household savings and reduce household spending throughout 2022.

Such price rises were evident in Wednesday’s data, with businesses that replenished ailing stock levels during Omicron paying much higher prices for imports than they previously did.

“The nominal measure of GDP grew much faster than the price-adjusted measure,” she said.

“It means we’re paying more for many imports and businesses are passing on price increases and no longer absorbing them.”

“At some point you come up against this squeeze on household budgets,” Mr Langcake said.

“Growth will be slower than otherwise than if inflation was lower.”

But economists are still confident the economy will grow at a relatively robust rate in 2022 as businesses relish the absence of lockdowns and a global commodity boom supports national income levels.

The huge run up in commodity prices amid a surge in post-COVID demand and shortages exacerbated by the Ukraine war has been felt in the bottom lines of Australia’s mining giants.

Profits (as measured by operating surplus) skyrocketed 14.7 per cent for miners in the quarter, but most of this benefit flowed to shareholders and other investors – not into wages for workers.

It means more of the growth in national income is going to profits than into wages, with the profit share rising to a record high of 31.1 per cent in the quarter as wages fell as a proportion of GDP.