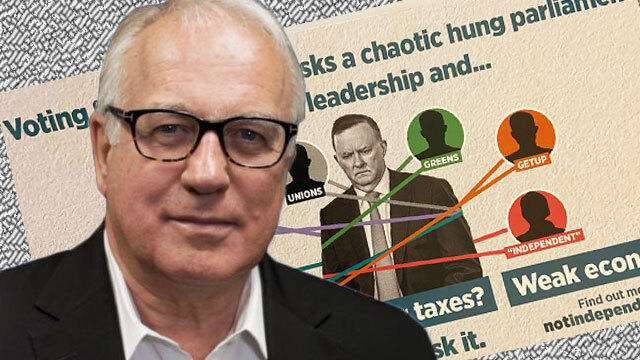 It's a bit rich for the Liberal Party to whip up hysteria about the prospect of a hung parliament, writes Alan Kohler. Photo: TND
opinion

It’s pretty amusing that a party that has had three prime ministers and three treasurers in nine years is warning about the chaos and instability of a ‘hung parliament’.

The Liberal MPs in danger of losing their seats to independents, backed by a riotously melancholy chorus at News Corp, are warning of wild consequences if some of the MPs on whom the next PM relies for his numbers are not subject to the discipline of the party whips.

Which is ironic given how much of the past nine years has been characterised by indiscipline and chaos.

Make that two decades. The factions in both parties have been behaving like unruly independents for 15 to 20 years, sacking leaders willy-nilly and controlling government policy.

Labor’s factional instability seems to have been largely policy-free, just warring tribes, fighting for the hell of it, because that’s what they do, but in the Coalition it has been all about policy, specifically one: Climate change.

The fossil fuel warriors removed Malcolm Turnbull as leader in 2009 and again as PM in 2018. He was then replaced by Scott Morrison, who applied for the job in February 2017 when he was treasurer by waving a lump of coal around in Parliament. His application was accepted.

Last year, the Nationals and the Liberal Party’s right wing allowed Morrison to do a partial pivot on climate change ahead of the Glasgow conference as part of a deal in which they were threatening to cross the floor. In other words, they behaved like independents.

The result is minority rule, since a clear majority of Australians want stronger action on climate change.

And now as a direct outcome of that inadequate deal, the members of the Liberal Party’s moderate faction who lost the argument in the party room are facing the loss of their jobs to a wave of climate change independents. The MPs include Treasurer Josh Frydenberg.

The right-wing “independents” within the Coalition and the fossil warriors in News Corp have only themselves to blame for the prospect of a hung Parliament – or as my colleague Bruce Guthrie would prefer, a “balanced Parliament” or ‘mixed Parliament” (with which I agree, by the way).

Would it be chaotic and unstable? Well, maybe. But that depends on whether the PM who had persuaded enough independents to support him delivers on the promises he made to get that support.

Julia Gillard delivered on her promises to Tony Windsor and Rob Oakeshott between 2010 and 2013 and, as a result, 561 pieces of legislation were passed – more than Kevin Rudd managed between 2007 and 2010 and even more than John Howard got through when he controlled both houses of parliament between 2005 and 2007.

The volume of legislation is not the only measure of stability, of course, but it wasn’t Windsor and Oakeshott who sacked Gillard in June 2013 – it was the “independents” in her own party.

During the only other hung Parliament – between 1940 and 1943 – the two independents who supported Robert Menzies as PM did bring him down after 12 months, in 1941, and installed opposition leader John Curtin.

But in this piece for The Conversation, Frank Bongiorno, professor of history at ANU, and David Lee from UNSW, argue that “the instability of that [Menzies] government had nothing to do with the independents. Its problems were self-inflicted, coming from within.”

Curtin then led a stable government that implemented ground-breaking legislation, including the uniform tax laws that led to the federal government monopolising income taxation.

The idea that chaos will haunt any Parliament in which independents hold the balance of power is ridiculous, especially when you consider what’s been going on within the parties over the past 20 years.

What’s also ridiculous is the notion that the independent candidates have to have a full set of economic and social policies before they can be taken seriously.

Their job is to represent their electorates, push any policies they actually campaigned on (i.e. climate change and a federal corruption commission) and support someone to be prime minister who can then choose a cabinet and run the country.

And if that PM doesn’t do what he said he would do, then they should sack him, of course.

Alan Kohler: Oh, for the stability of a ‘hung parliament’