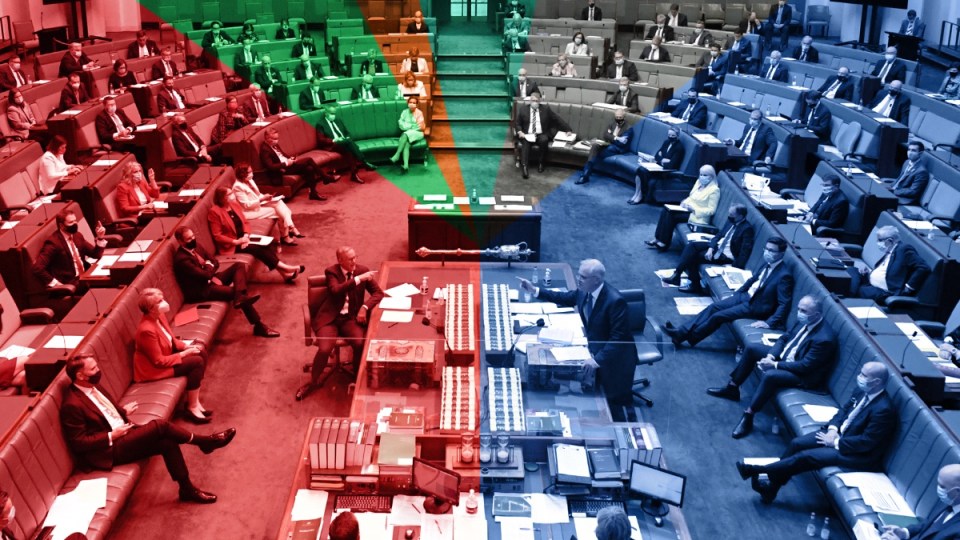 Australia might be just weeks away from a lower house that reflects the true breadth of our ideals, writes Bruce Guthrie.
opinion

There’s a lot that’s wrong with the language of politics, but there’s a tired and tedious term we need to dispense with right away: Hung parliaments.

Australia might be just weeks away from getting a House of Representatives that reflects the true breadth of our opinions and ideals, and yet we’re being conditioned to feel we will have failed on election day if it comes about.

Day after day we are being told that neither of the major parties will have a majority of the 150 seats in the next parliament and one of them will have to do a deal with independents to get to the 76 seats needed to form government.

Pollsters, pundits and media outlets – including this one – keep referring to this prospect as a ‘hung parliament’.

The phrase appears to have emerged from Fleet Street in the 1970s to describe some fraught British politics. So it’s hardly a holy sacrament and could quite easily be consigned to the dustbin.

It’s no longer relevant at a time where voters are wanting more nuance than the major parties can deliver.

The term comes from the same place as ‘hung juries’, which always end in mistrials, frustration and a lot of wasted money.

We need look no further than our 2010 ‘hung parliament’, where neither Labor nor the Liberal-National Party won an absolute majority.

The subsequent parliament turned out to be anything but a mistrial. They actually got a lot of good things done.

We’re taught to be suspicious of these political marriages because that scepticism serves the interests of the two major parties who’ve dominated politics in this country in the modern era.

Which is ridiculous, really, especially given one of the two major parties (LNP) is itself a coalition and, based on party-room ructions, defections and resignations, a particularly unstable one at that.

So the major parties are quite happy to use terms like ‘hung’ or ‘unstable’ parliaments because it shores up their political dominance. But we shouldn’t allow it.

We need to come up with a better term for describing a parliament that reflects a multitude of parties and positions.

After all, we accept the Senate will pretty much always be a mix of majors, minors, independents and assorted crackpots who will have to compromise constantly to reach consensus. And isn’t that a good thing?

So what to call this new multi-hued parliament if it comes about after May 21?

‘Mixed’ might work. Or ‘Open’, like an open share register in business. Overseas, where in many constituencies single-party majorities are rare, they sometimes use ‘Balanced’ to describe a parliament of many components. Multi-Party maybe?

I could live with all of them. Certainly, any is better than ‘hung’.
Please feel free to take part in our poll below.

We’re actively discussing this now at The New Daily and will adopt a new term shortly. We will take reader views into account.

We want your vote!

Bruce Guthrie is The New Daily‘s co-founder and editorial adviser.

Hung parliaments: Time to hang up on this piece of political-speak