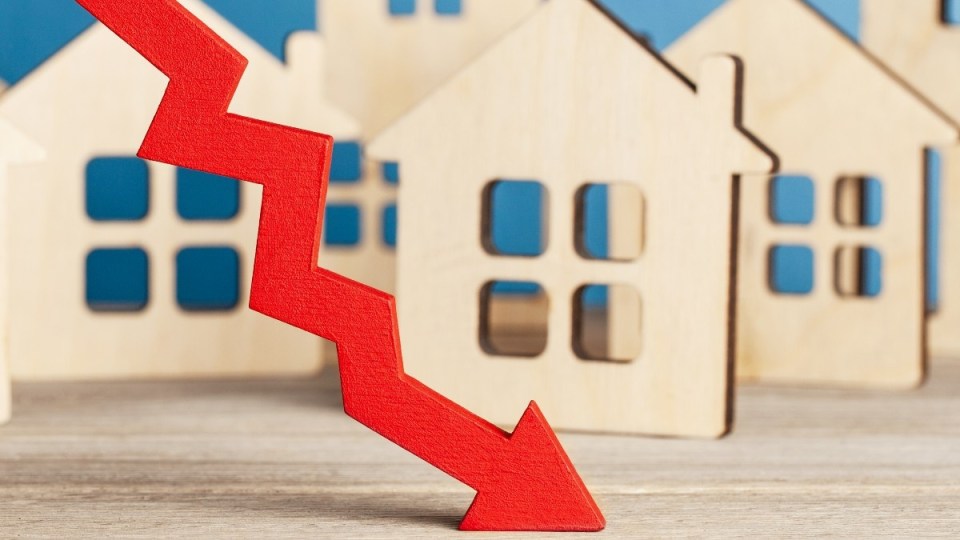 New data shows the property market is starting to turn ahead of an expected rise in interest rates. Photo: TND

The property boom that sent house prices to stratospheric levels during COVID appears, finally, to be ending – at least in Melbourne and Sydney.

Economists believe it’s a sign of what is to come, with large falls in prices predicted in the next two years amid an eventual rise in interest rates.

But there’s still a bit of puff left in the boom at a national level, with prices up 0.7 per cent in March thanks to big jumps across Brisbane and Adelaide.

Still, all signs point to a further slowdown in coming months, CoreLogic research director Tim Lawless said in a statement circulated on Friday.

“Virtually every capital city and major rest-of-state region has moved through a peak in the trend rate of growth some time last year or earlier this year,” he said.

March house price falls in Sydney and Melbourne will be welcomed by buyers after a two-year boom that’s seen property values rise by 18.2 per cent over the past year alone.

Median house prices are now $1.1 million in Sydney and $805,000 in Melbourne, levels that are unaffordable for most Australian households.

Dr Wilson said the CoreLogic data confirms the COVID boom “is over”.

Separate Australian Bureau of Statistics (ABS) data on Friday supports that theory, with lending commitments falling 3.7 per cent in February as new owner-occupier loans declined for the first time since last October.

“The most pain is being felt in the first homebuyer segment where lending is down 9.7 per cent from January and a massive 29 per cent from a year earlier,” he said on Friday.

“There are 36.7 per cent fewer first home buyers than in February 2021, underlining just how tough they are doing it.”

With interest rates predicted to begin rising for the first time in more than a decade over the next two years, economists say the property market is likely to cool further.

The Reserve Bank has maintained a rate rise in 2022 is “plausible” but it has also outlined a desire to wait for higher wages growth to occur first.

When rates do rise, mortgage holders will be slapped with hundreds of dollars in extra costs and it will become harder to get a new home loan.

Commonwealth Bank (CBA) expects a rate rise this year followed by an “orderly correction” in the property market over 2023 that will push down prices by about 8 per cent.

CBA chief economist Gareth Aird said on Friday that the latest ABS and CoreLogic data confirms a cooling market across most major regions.

“The level of lending is still elevated. But the change in lending over the month fits in with a property market that is showing signs of cooling, particularly in Sydney and Melbourne,” he said in a research note.

Rising rates combined with falling house prices are a potentially painful double whammy for home owners, because their mortgage repayments would rise at the same time as their household wealth went backwards.

Households that bought in the past 6-12 months would be particularly punished because they haven’t benefitted as much from the price boom.

But economist Saul Eslake said history teaches that the start of a rate-rise cycle isn’t necessarily accompanied by big falls in property prices.

“An extended period of gentle declines in house prices of the sort of magnitude we’ve seen in Sydney and Melbourne in March would not necessarily be a bad thing,” Mr Eslake said.

Dr Wilson has a similar view, saying the market isn’t looking at anything like a “correction” and will instead emerge “flatter” from the pandemic.

‘It’s over’: The COVID property boom is ending as prices fall in Sydney and Melbourne