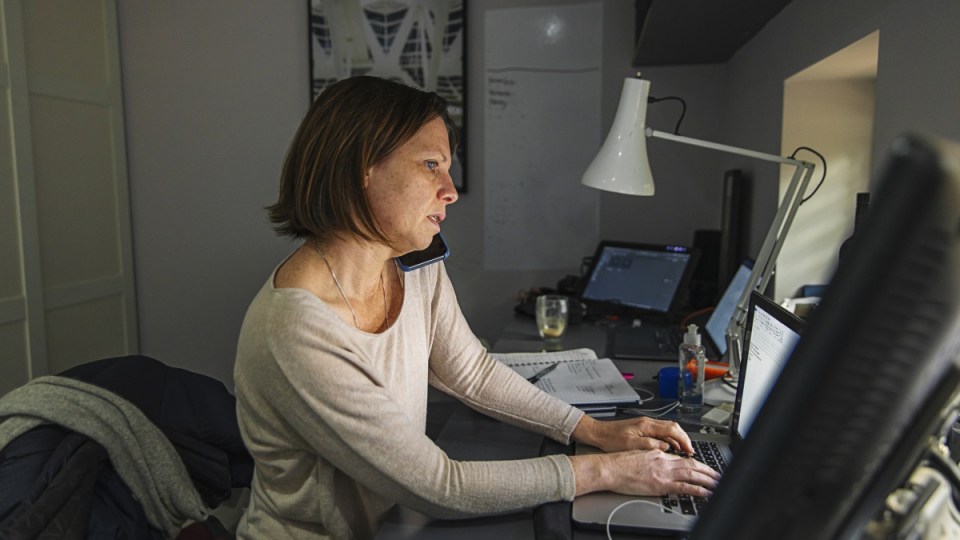 The work from home tax deduction many have enjoyed is set to go on July 1. Photo: Getty

A COVID-19 measure allowing people to easily claim work-from-home expenses needs to be extended beyond June 30 because of changes to work realities, according to Phillip London, tax leader at Tax and Super Australia.

The measures, which allow people to claim 80 cents per hour in tax deductions while working from home, will be scrapped from July 1.

There are fears this will leave many people unable to claim as much on their tax returns  – even though they work at home much more than before the pandemic.

“I think the home to work arrangements have completely changed for many professional, clerical, administrative and IT staff,” Mr London said.

“Going forward, many of those people are going to be working from home on a full-time or, more likely, part-time basis. The number of days you work from home could be three or four per week.”

Under the pandemic tax measures, workers only needed a letter from an employer to prove they were working from home.

It’s not a free-for-all, though, as you must have spent the money you are claiming back from the Tax Office and those costs have to be directly related to earning your income.

But if the system is scrapped on July 1 then a lot of people will find themselves out of pocket in the new world of part-time working from home.

“I think it ought to be extended to stay in line with the changing world of work,” Mr London said.

“If we go back to the old rules then fundamentally you need to set up a distinct workplace, a home office.” 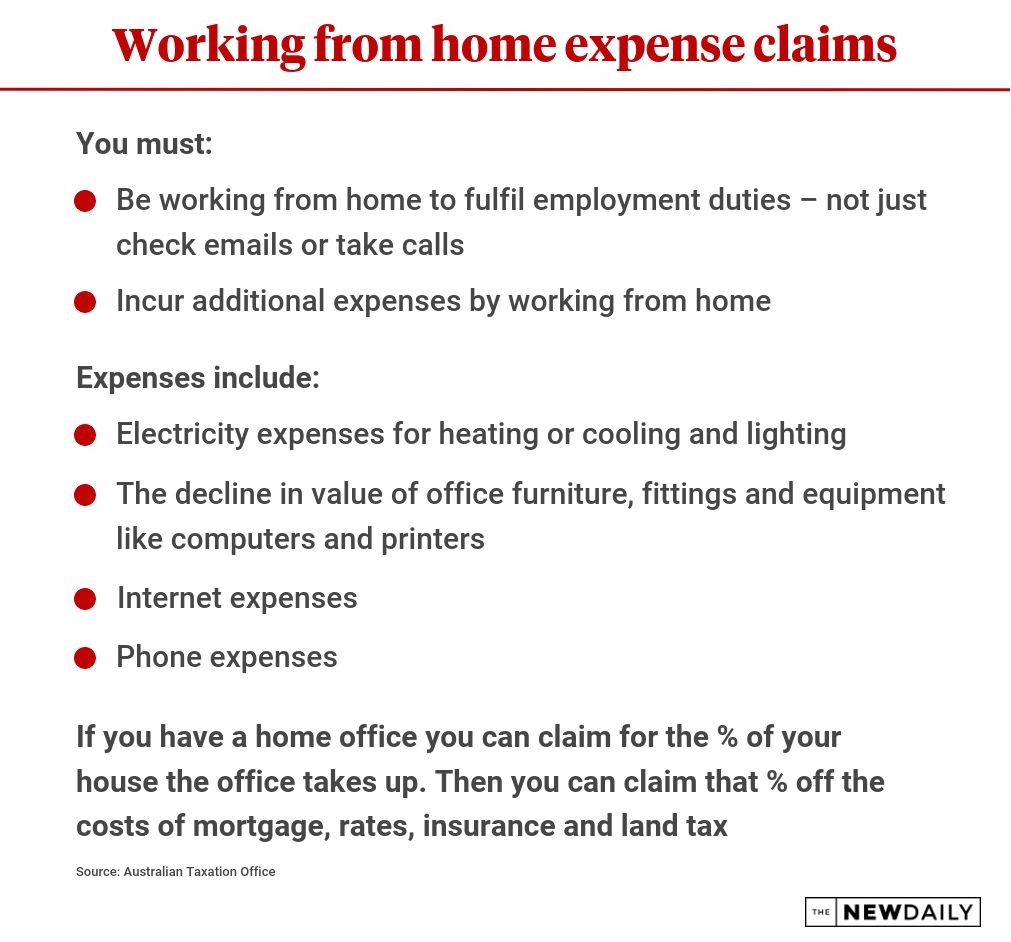 If you are working off the kitchen table or in the bedroom, that is not a dedicated space and you won’t be able to claim.

Even if you have a home office, the mechanisms for claiming become very complex, said Ray Barrett, principal of Melbourne-based accountancy Barrett Walker.

“It takes time because you have to keep a lot of records,” he said.

Those costs would include a percentage of mortgage payments, rates, insurance and land tax.

You could also claim the relevant percentage of power and gas for heating, cooling and running your computer.

The full costs of consumables such as printer ink, paper, stationery and repairs to your computer are also claimable.

Claiming a percentage of costs

“If you are claiming for a home office you might actually be able to claim more than the 80c an hour shortcut method, but it’s a complicated calculation and it takes time to do it,” Mr Barrett said.

The claims made against home offices also have to be verified, which can involve keeping a logbook – a time consuming process.

Mr Barrett questioned the whole idea of employees claiming for work-related costs for working at home.

“The question you have to ask yourself if employees are spending their own money and claiming a tax deduction for it is ‘Why aren’t they asking their boss to pay it?’,” he said.

Work-related expenses are costing the ATO a lot, so if you are claiming them you need to be sure you can substantiate them if asked.

If you do receive an allowance for such costs from your employer then you must include this allowance as income in your tax return, the ATO says.

Mr London said moving to close off the 80 cent shortcut would be premature. “I don’t think there’s been any rush back to the cities now,” he said.

Were workers overwhelmingly to go back to working in the office full time then a change would be justified, Mr London said.