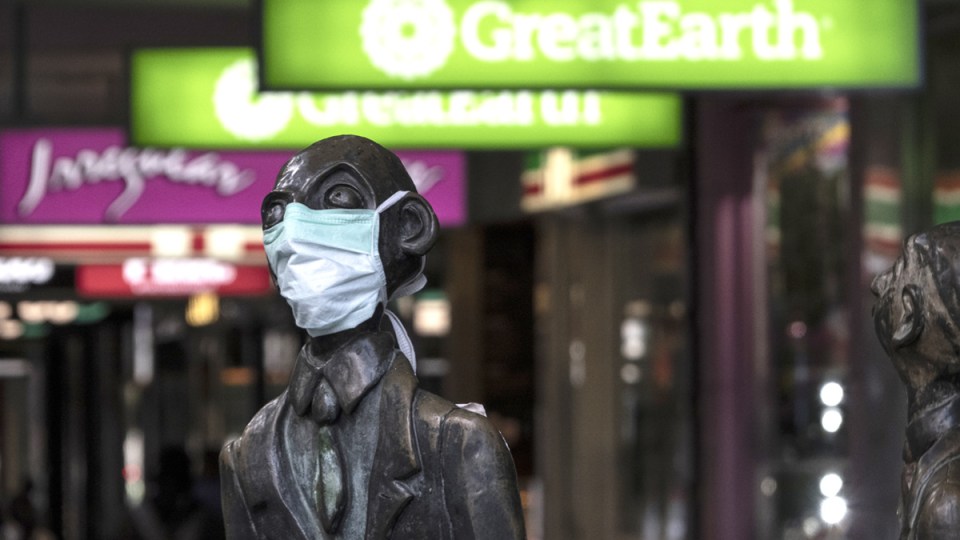 Masks will be required only in limited settings in Victoria from the end of the week.

Victoria is easing indoor mask-wearing and working from home rules and bringing back elective surgery in major changes to its COVID-19 pandemic health orders.

The changes, including the removal of requirements for Victorians to work or study from home, will come into effect from 11.59pm on Friday, Health Minister Martin Foley said on Tuesday.

The widespread easing of virus measures come as the numbers of Victorians in hospital continues to decline and the numbers with third vaccine doses rises.

Victoria reported another 6786 COVID infections on Tuesday, and 14 more deaths.

There are 345 virus patients in the state’s hospitals. They include 48 in intensive care and eight on ventilators.

“Victorians have done such a great job getting vaccinated so we’re able to take safe steps to get more people to return to the office,” Mr Foley said.

Masks will remain mandatory on public transport, in taxis and ride shares, on planes and in airports and at hospitals and care facilities.

Primary school students in year 3 or above will continue to wear masks for now, as will teachers, but secondary students will not.

Premier Daniel Andrews said the changes were also about aligning Victorian COVID rules with those in NSW, where most mask requirements will also be dropped later this week.

“The last three or four months, we have been better off in NSW and Victoria, and the country has been better off, because the two biggest states have worked hard to try to have the similar rules,” he said.

“I was very confident we would get to this place and here we are, same rules as Sydney, masks off and people back in the office from the end of this week. That is a good outcome.”

Victoria’s announcement came amid reports that health officials from the Australian Health Protection Principal Committee were also considering scrapping the requirement for asymptomatic household contacts of COVID-positive people to isolate for seven days.

The plan, being considered by NSW and Victorian health officials, would mean people who have received booster shots would be able to leave isolation to go to work, according to the Nine newspapers on Tuesday.

NSW confirmed another 8752 virus infections on Tuesday, and 14 deaths. It has 1293 COVID patients in its hospitals, including 71 in intensive care.

The Victorian government has also decided to lift all remaining restrictions on elective surgery from Monday, February 28.

The government has also extended the COVID-19 third dose vaccination mandate for education workers for a month to March 25, assuming they had their second dose on or before October 25.

All fully vaccinated workers who still need to get their third jab will have three months and two weeks since their second dose to do so.