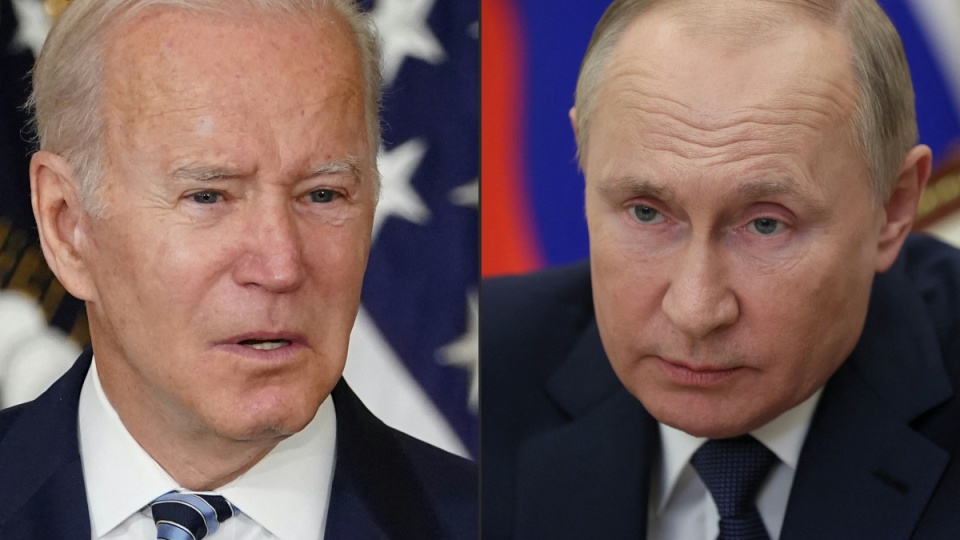 The US, Russia and Europe are waging a high-risk financial war over Ukraine. Photo: TND

Moscow is waging a full-scale military war against its western neighbour, while European nations and the US are retaliating, in the main, through a growing financial war on Russia’s economy.

The damage on both sides is already substantial, but in the case of western sanctions, experts still doubt whether efforts to take a wrecking ball to Russia’s financial system and key industries will force Moscow to back away from what it sees as a core national security issue.

But while the outcome of the war in Ukraine is uncertain, the destruction of 30-plus years of progress integrating Russia into the global economic order will likely leave a long legacy.

And there’s a risk the shockwaves of the largest disruption to the world order since the Berlin Wall fell could flow to Australia, particularly if trade bans spark a recession in Europe or a NATO-imposed no-fly zone over Ukraine creates a bigger military conflict.

“The biggest worry is if it becomes a trade war,” University of Technology Sydney chief economist Professor Tim Harcourt told The New Daily.

“I’m concerned about financial contagion … if the markets panic and think this is really going bad then they make sudden decisions, that could be a worry.”

But Australians should “remain calm”, Professor Harcourt said, saying a global recession is still unlikely at this stage.

The financial side of the Ukraine war has escalated rapidly this week.

After the first week of the financial war focused on freezing Russia out of the global financial system and padlocking its foreign reserves, the past week has focused on attacking Russia’s oil and gas export industries.

After the US imposed a ban on Russian energy, European nations pledged to wean themselves off their reliance on Russia’s gas.

They’re now scrambling to implement extreme measures that, if successful, will redraw the structure of their energy markets.

The EU imported 45 per cent of its natural gas from Russia in 2021.

It will now look to reduce this by about two-thirds by the end of the year, saying the effort will be “bloody hard, but possible” earlier this week.

Experts have a different view, with many saying it will be impossible.

“It’s a brave sentiment, but I don’t think they can do it in a year,” Professor Harcourt said.

Meanwhile, the efforts to cut Russian gas and oil out of world markets are lighting a fire under energy prices, hurting consumers worldwide.

The US, for its part, is looking to help Europe and motorists throughout the west by defrosting relations with oil-producing nations like Venezuela and Iran, efforts that could ease global oil supply fears in coming weeks.

Crucially, this could reduce Moscow’s leverage over European nations.

Russia is responding with an economic restructuring effort of its own, nationalising assets of Western companies abandoning the country and looking east to China for new energy export markets.

It follows earlier moves to hike rates and ban foreign currencies leaving the country, steps that were taken to prevent a run on domestic banks.

And after playing defence last week, the Kremlin unveiled its first major salvo in the financial war on Friday (Australian time), placing export bans on more than 200 products to 48 nations.

Russia has stopped short of imposing sanctions on energy exports and has instead focused on a ream of other industries such as agricultural, medical and telecommunications products.

Professor Harcourt expects the impacts of these bans to be minimal, especially for Australia, which only trades with Russia across the kangaroo meat and vodka industries.

Curtin University associate professor Alexey Muraviev said the scope and severity of sanctions on Russia have surprised the Kremlin, inflicting a “massive hit” to its economy.

A plunge in the value of the Russian rouble against the US dollar and the euro has been one of the most significant impacts of the financial war on Moscow so far.

It threatens to spark an untenable inflation spike, with Kremlin leaders this week conceding the financial war is having a big economic impact.

Inflation has risen 2.2 per cent over the past week alone, and there’s now speculation Russia may default on its debts.

But efforts to ensure financial stability in Russia to prevent anything like a financial meltdown appear to be working, making it unlikely the financial war will deter Moscow’s war, Professor Muraviev said.

“It’s an economic shock and awe campaign,” he said. “But if it was supposed to achieve an immediate effect on the war, I think it was certainly a miscalculation.”

“Putin and the Kremlin haven’t changed their minds in regards to Ukraine.”

Russia’s currency has begun to stabilise against the US dollar and euro over the past few days, signalling Moscow’s effort is having an impact.

Support from China is proving crucial, with eastern buyers stepping in to purchase Russian oil last week, while on Friday Beijing agreed to double trading volumes between its currency and the rouble, it was reported.

Professor Harcourt said Russia still thinks it has enough financial reserves to get through sanctions in the medium term, a belief that’s now being tested in real time.

“Sanctions are going to make the cost of military conflict higher, but this is very emotional for Putin,” he said.

“The Soviet Union was creaky and industrially protectionist, but it still kept going.”

Even if the financial war doesn’t spark an implosion of Russia’s economy, there are still risks for the global economic order in this massive decoupling of west and east, Professor Harcourt said.

Though unlikely, he said that if a trade war expands and creates a recession in Europe, then the resulting financial panic could trigger economic pain in Asia and Australia as well.

“The financial flows and the market psychology is the concern,” Professor Harcourt said.

Further, Professor Muraviev said the imposition of a NATO-supported no-fly zone over Ukraine could expand the conflict into a broader European war, which may lead to economic devastation.

The US and Europe are reluctant to approach such a threshold, though, and Professor Harcourt doesn’t think Australians should start panicking.

“For Australians, remain calm – I would expect to pay more for petrol, but there isn’t much else in this that should be worse than that,” he said.

‘Remain calm’: Financial war against Russia gets hotter, but don’t panic just yet