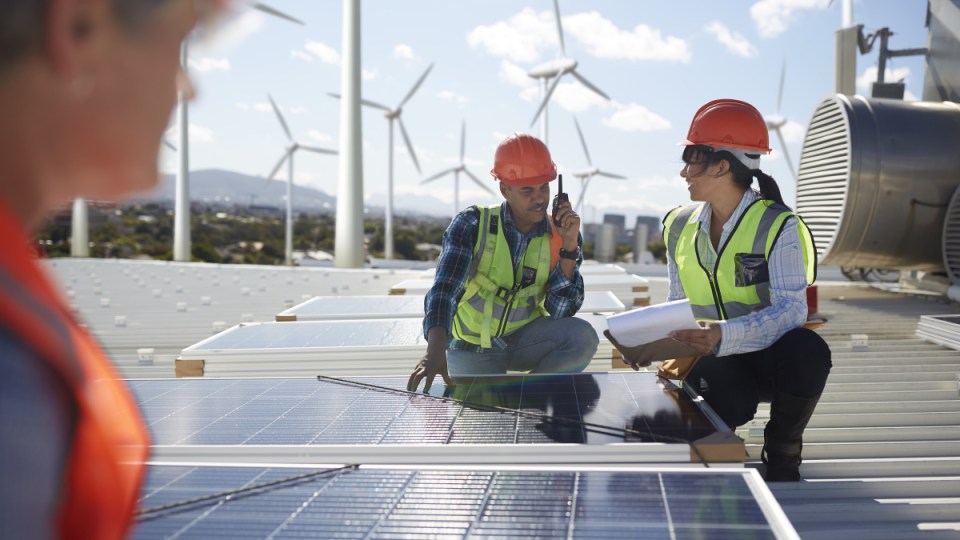 Governments will have to plan renewable energy quickly to protect consumers and the power network. Photo: Getty

The move, which will take 20 per cent of NSW’s electricity generation out of the national electricity market, will be a shock to a system that has little spare capacity because, despite closures in recent years, coal still provides 60 per cent of Australia’s power.

“It’s too early for me to take a strong view but you’d have to say that the pressure [on power prices] would be on the upside,” said Professor Bruce Mountain, director of the Energy Policy Centre at Victoria University.

Federal Energy Minister Angus Taylor described Origin’s decision, announced on Thursday, as an “early and sudden closure” that risks higher prices, “like the 85 per cent increase we saw after the closure of the Hazelwood Power Station and a less reliable grid.”

“If the government does its job properly and gets new capacity in place then that needn’t happen,” he said. 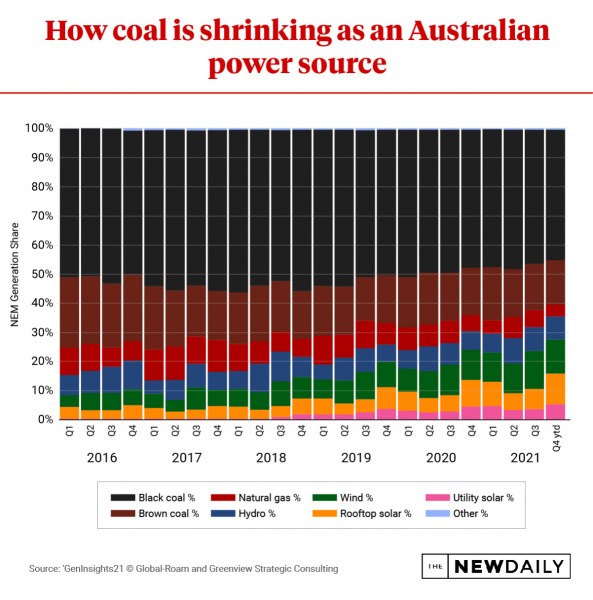 Professor Mountain said the obligation to act lay with the NSW government and, to a lesser extent, the Victorian governments as those energy markets were where the shortfall would be.

Electricity supply is a state issue, he said.

To replace Origin’s 2880 megawatt Eraring power station each state will have to facilitate 4400 megawatts of wind power, 6200 megawatts of solar generation or a mixture of both, Professor Mountain said.

“We need to get government money on the table to contract [for power supply] and provide certainty,” Professor Mountain said.

Professor Mountain said the situation was more critical than the Hazelwood closure in 2017, when rises were largely the result of generators having gamed the market to push prices higher.

“There is not enough power generation capacity at peak times in NSW and there is no excess generation in Victoria,” he said.

That meant extra generation capacity was critical to ensure prices did not spike when the station was closed.

Minister Taylor’s characterisation of Origin’s move as “early and sudden” did not tally with reality, said Greg Foyster, campaigns manager at Environment Victoria.

“AEMO [the Australian Energy Market Operator] has modelled Eraring to close in 2026, which is not much different to the 2025 announced by Origin,” he said.

The coal generators had all estimated that their plants would close later than AEMO’s latest estimates because they did not want to frighten share markets, Mr Foyster said.

“However, in November AEMO introduced a step change in its Integrated Systems Plan,” he said.

That plan saw the regulator wind back its closure dates to well before the generator’s stated plans.

Victoria’s largest coal plant, Loy Yang A, which its owner AGL claimed this week would close in 2045, will be gone by 2032, the AEMO said.

That means Victoria, too, will have to ensure significant new renewable capacity is introduced in the next decade.

The moves to close out coal much earlier than companies predicted “means everyone from the governments to the power industry is scrambling to find a way to fix it and recover as quickly as we can,” said Andrew Richards, CEO of the Energy Users Association.

“We’re going to have to start to have more honest conversations about it.”

As well as new renewable generation a lot of other technology, such as battery storage and other stabilising mechanisms for the power network, would need to be brought in, he said.

As the above online interactive chart shows renewable energy comes into the market intermittently and can push coal power back to 40 per cent or less of total generation.

However the reverse happens when sun and wind wane, so much more generation will have to be in place to replace Eraring.