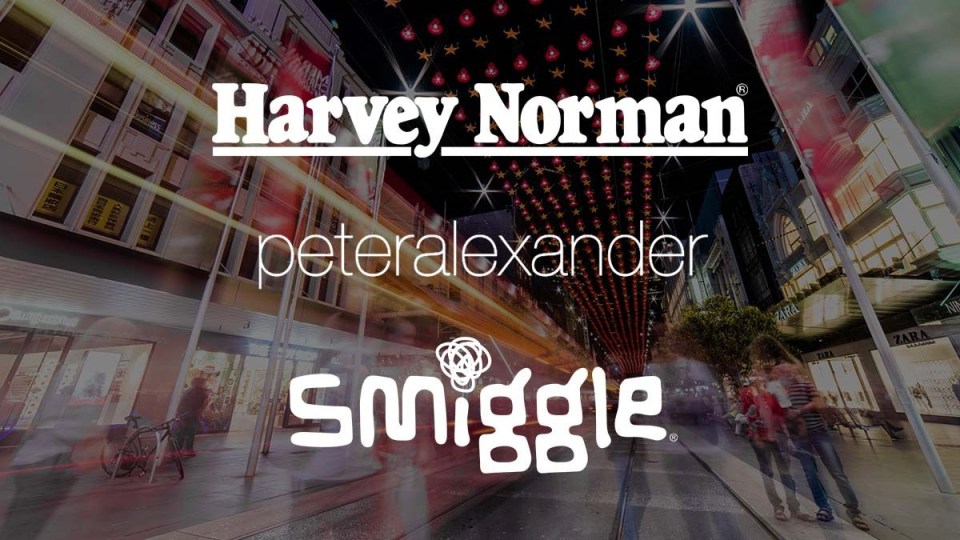 Some of Australia's largest retailers are betting on a big Christmas. Photo: TND

Some of Australia’s largest retailers are betting on a big Christmas after a spate of lockdowns forced them to close their doors for months earlier this year.

Retail veteran Solomon Lew is among them, revealing on Thursday that his retail empire, Premier Investments – owner of Just Jeans, Smiggle, Peter Alexander and Jacqui E – saw sales fall 3.5 per cent since July 1.

Sales fell 9.5 per cent in the seven weeks to September 18 after Sydney and Melbourne were plunged into lockdowns to curb COVID-19 outbreaks.

As Premier’s share price fell 1.2 per cent on Thursday morning after the news, Mr Lew said 2021 had been an “incredibly difficult year”.

“To say conditions were unprecedented is an understatement,” he said.

The comments follow Harvey Norman telling the market last week that its sales were down 8.8 per cent annually between July and November.

Both retailers were earlier named among the largest recipients of the JobKeeper wage subsidy, with Mr Lew and Harvey Norman chair Gerry Harvey copping widespread public criticism over the subsidies.

The latest disclosures show Premier took $86.9 million in JobKeeper – much more than previously estimated – and only returned $15.6 million.

But it did not disclose a further $15 million paid to its franchisees.

Both Harvey Norman and Premier reported soaring profits in 2020 after taking the government wage subsidies, but neither benefitted from government help during the most recent Delta lockdowns.

Instead, the retail giants will depend on a strong Christmas trade to beef up their lacklustre sales figures, retail consultant Brian Walker told TND.

“This year’s Christmas period will be even more critical for specialty retailers,” Mr Walker said.

“The retail Christmas period has started now with Black Friday.”

Premier said on Thursday that things are already looking up for its retail businesses, with sales momentum returning after lockdowns ended.

“For the past three weeks, Premier retail was able to open all stores globally for the first time this financial year, with sales up 10.5 per cent on the same three weeks last year,” the company told investors.

“Premier is pleased with how its product resonated with customers.”

Australians are predicted to spend about $58 billion over Christmas – slightly lower than last year – as the economy braces for a consumer-led recovery heading into 2022.

The national accounts this week showed households socked away tens of billions of dollars during lockdowns – money that federal Treasurer Josh Frydenberg hopes will “be spent across the economy as restrictions are eased and Australians go about their daily lives”.

“The recovery will be led by household consumption and pent-up demand,” Mr Walker said.

“We see it every time shops reopen; sales are always very strong.”

Mr Walker said many large retailers offered smaller discounts this Black Friday as shoppers were already keen to get out and spend money after lockdown.

He said that was good news for retailers, because uncertainty surrounding the new Omicron variant had made maintaining strong profit margins all the more important.