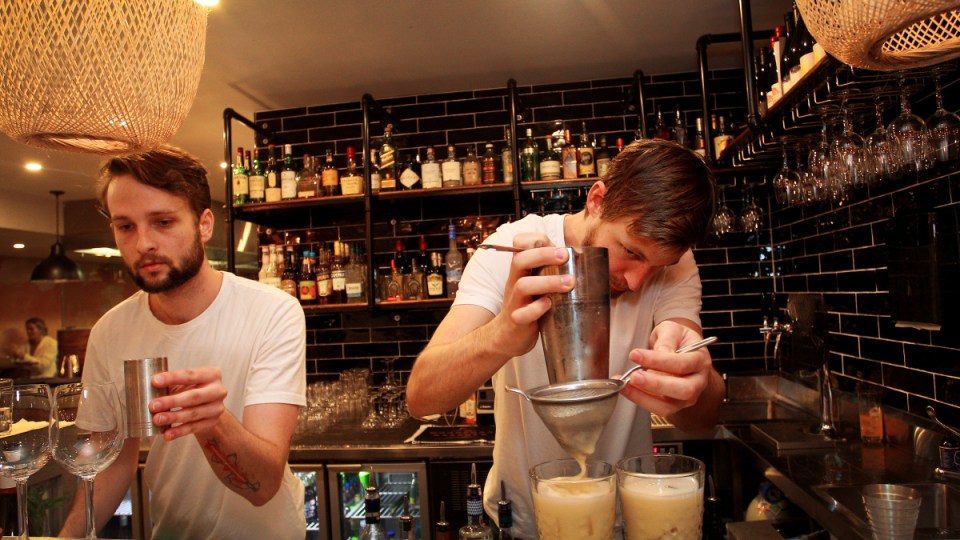 Workers have returned to the labour market in droves as restrictions eased. Photo: Getty

Workers are looking for jobs faster than businesses can hire them after lockdowns ended in New South Wales and Victoria, new data reveals.

It has given rise to predictions that hiring employers will be spoilt for choice over the next few months and won’t be under much pressure to increase wages.

But once hundreds of thousands of people who lost their jobs during the lockdowns return, economists believe workers will be in a good position to negotiate their first decent pay rises in a decade.

About 12,400 people started looking for work again in the final two weeks of lockdown in October, according to ABS data unveiled on Thursday.

This combined with falling employment in the last weeks of Victoria’s lockdown pushed up headline unemployment to 5.2 per cent – rising from a decade low of 4.6 per cent in September.

It means 81,000 extra workers were available to fill immediate job vacancies as lockdowns ended, which is music to the ears of employers who are hiring to keep up with surging Christmas spending.

Economist Saul Eslake said the data shows the economy had started recovering from the Delta outbreaks before the lockdowns had lifted last month, after 281,000 workers had no choice but to exit the jobs market over July and September.

“We’re in for a strong recovery,” Mr Eslake said.

“By the March quarter next year [the jobs market] could be back to where it was [before the Delta outbreaks].”

The bad news for workers is that this will temper pressure on bosses to lift wages in the short term because they will have more workers to choose from.

The ABS said on Thursday that about 391,000 workers are currently not being counted in the labour force, despite being attached to a business.

Bosses will be able to draw on all that labour as the economy opens up.

Angela Jackson, lead economist at Equity Economics, said there will be plenty of competition in the jobs market over the next several months.

“You’re going to see a lot of extra people looking for work – there will be a lot of competition for those jobs,” Dr Jackson told The New Daily.

“There probably won’t be a lot of wage pressure in the next few months.”

But once the dust settles and employers realise they need more staff to meet rising demand into next year, economists think the jobs market will tighten again, boosting the prospects of much stronger wages growth.

APAC Indeed economist Callam Pickering said the forward-looking data on the jobs market points to a “stellar” recovery through to Christmas.

He said that will push down the unemployment rate and put workers in a good position to ask for higher wages early next year.

Their position will be strengthened by the brief period in which Australia remains closed to international workers, which will make labour shortages worse.

“This is one of the more favourable jobs markets for job seekers that we have seen since the global financial crisis,” Mr Pickering said.

“They have more leverage now than they did before the pandemic.”

Economists agree the jobs market will become considerably tighter over the next six months, with payrolls data on Wednesday showing a 1.3 per cent lift in jobs in the week after lockdowns eased in NSW last month.

This should create new opportunities for higher wages growth because bosses will have fewer choices when trying to find new workers.

Annual wages growth was a low 1.7 per cent in the June quarter, but the Reserve Bank expects it to rise between 2 and 2.5 per cent before the end of 2021.

This is expected to coincide with unemployment falling to 4.75 per cent.

The RBA is expecting underlying inflation to rise by 2.25 per cent over the December quarter, which means the cost of goods and services could rise at a faster rate than your wages – just in time for Christmas.

Cost-of-living pressures are on the rise as global supply chain problems and more than $300 billion worth of government spending combine to push up both business costs and demand for goods and services.

It’s a simple formula: When demand increases and the cost of servicing that demand rises, prices for things like petrol, electronics and furniture rise as well.

The question hanging over workers going into next year is whether they will be able to negotiate big enough rises in wages to offset this inflation.

“Even if we saw 3 per cent wage rises today – which we aren’t anywhere near – it still wouldn’t be a real wage increase,” Dr Jackson said, referencing even higher headline inflation figures.

“If inflation gets out of control, the [wages growth] will get eaten up.”

Mr Pickering said no one knows whether wages growth will beat inflation.

“What we’re looking at right now is the very real possibility that real wages will be negative in the near term,” Mr Pickering said.

“Its a very real concern for Australian workers right now – there are very few workers out there getting annual wage increases of 3 to 4 per cent.”

But Mr Pickering said higher inflation may trigger workers and unions to start pushing for higher wages in 2022, which may boost pay packets.

“There’s this possibility that because inflation is high that [that] will trigger higher wage demands, particularly from some unions.”

Australian Council of Trade Unions (ACTU) secretary Sally McManus told The Guardian on Wednesday that workers were in a position to negotiate higher wages.

Jobs recovery begins as workers look to higher wages. But there’s a catch