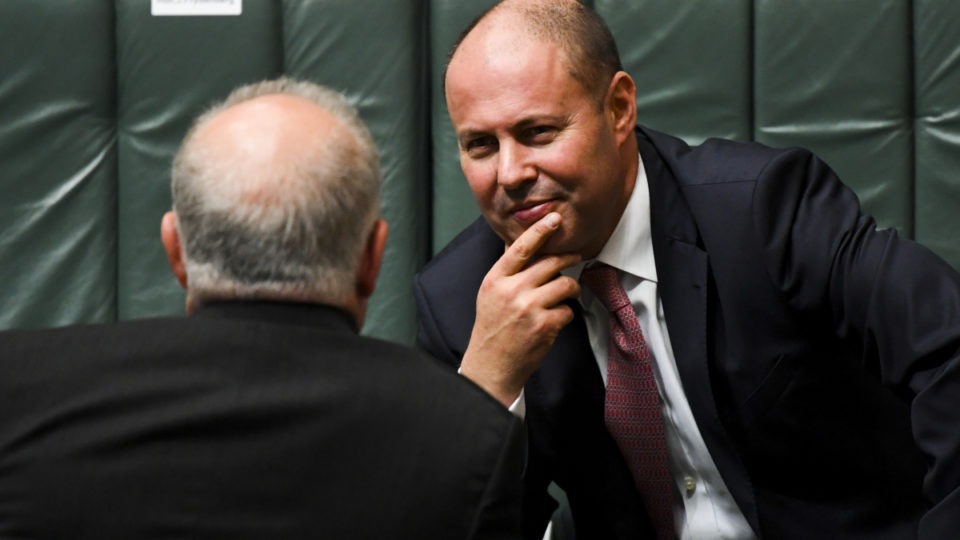 A stunning fall in unemployment is rapidly resetting expectations for wages growth, raising the prospect of an interest rate rise before 2024.

Economists say the Reserve Bank is likely to bring forward its timetable for the COVID recovery after unemployment fell to 5.1 per cent in May, matching pre-pandemic levels.

The result surprised the market as many analysts had expected the removal of JobKeeper to result in thousands of job losses over the month.

But more than 115,000 people found work instead, according to ABS data published on Thursday.

“We easily exceeded that.”

Mr Pickering, a former RBA economist, said the jobless rate had fallen to pre-pandemic levels nearly six months faster than the RBA had predicted, clearing the way for wages growth to pick up much sooner.

“The Reserve Bank is probably going to need to rethink things,” he said.

Treasurer Josh Frydenberg celebrated the job figures on Thursday and said 84,000 new jobs have been created since JobKeeper ended in March.

However, data provided to Senate committees shows there are still about 250,000 more people on JobSeeker than before COVID-19.

Leading economists believe the strength of the jobs market recovery means the RBA is likely to hike rates in 2023 rather than in 2024 as it previously predicted it would.

“The RBA should reconsider its guidance, in particular with the border being closed,” independent economist Saul Eslake told The New Daily.

“You only need 5500 jobs a month to get unemployment to come down. We’re getting a lot more than that.”

The RBA has previously said it will only increase rates once underlying inflation is sustainably back within the target band of 2-3 per cent.

Wages growth of more than 3 per cent (currently 1.5 per cent) will be needed to get us there, which the RBA hasn’t forecast before 2024 “at the earliest”.

That’s because when more people have work there’s more pressure on businesses to increase wages to attract labour – in theory anyway.

Mr Eslake said if the current rate of jobs growth were to be maintained, the unemployment rate would fall to 2.8 per cent by the end of the year.

“At half the pace of the last five months, we would gain 26,000 jobs a month, that would give an unemployment rate of 4.1 per cent,” he said.

“[It’s] clearly somewhere in the range that the RBA has in mind as being sufficiently tight to generate the sort of wages growth that would push inflation sustainably into the 2 to 3 per cent band.”

“Nevertheless, even taking the two together it tells you the recovery is not just continuing, but it’s broadening.”

Ms Masters said the RBA wants to see two or three quarters of inflation within its target range before it lifts interest rates, which will take time.

“[RBA governor Philip Lowe] thinks full employment could be below 4 per cent, so they would argue we’re still some way [away],” she said, using the definition of full employment as the unemployment rate below which inflation and wages growth begins to accelerate.

“The risks are building that interest rates hike earlier than 2024 rather than later than 2024.”

In a speech on Thursday, Dr Lowe said the labour market was tightening and particularly in regional areas, where the jobless rate is now lower than it has been in more than a decade.

“The labour market is uneven, though,” he explained.

“Many people are still struggling to find work, while, at the same time, some firms are reporting that they are finding it difficult to find workers.”

Dr Lowe said the RBA has seen no wages growth in response to labour shortages though, as “businesses feel they are operating in a very competitive marketplace and that they have little ability to raise prices” if they were to boost wages to attract more labour.

“As a result, there is understandably a laser-like focus on costs: If profits can’t be increased by expanding or by raising prices, then it has to be achieved by lowering costs,” Dr Lowe said.

“This has become the predominant mindset of many businesses.

“This mindset can be helpful in making businesses more efficient, but it also has the effect of making wages and prices less responsive to economic conditions.”

However, in a suggestion that the RBA’s view on interest rates might change, he indicated the conditions for a rate rise could be met in 2024.