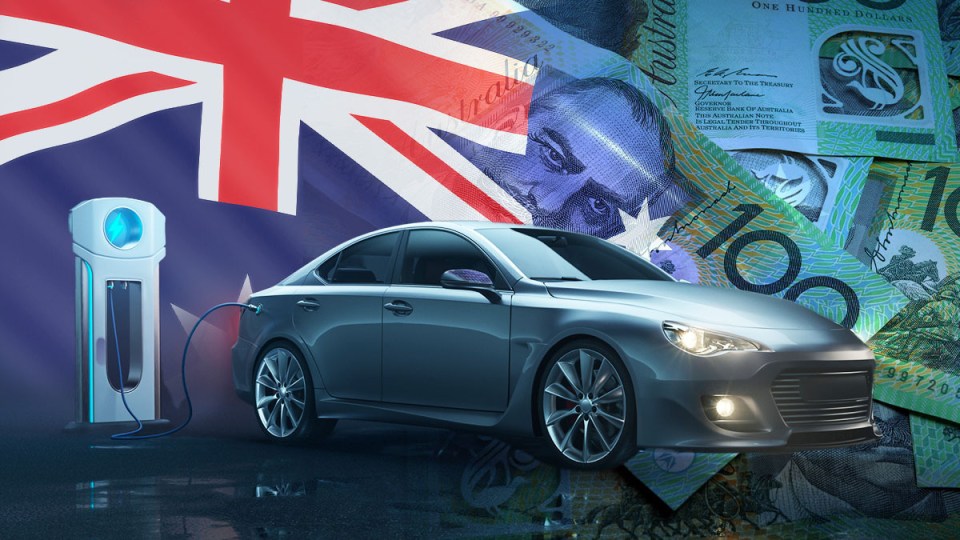 Most Australians support the introduction of subsidies for electric vehicles. Photo: TND

Almost two in three Australians believe the government should subsidise the purchase of electric vehicles and a majority would support a ban on petrol and diesel cars from 2035.

The findings are based on new research by the Australia Institute and come a day after the Victorian government introduced legislation to tax EV owners to compensate for their avoidance of fuel excise tax.

Richie Merzian, director of the Australia Institute’s climate and energy program, said the research showed Australians were “ready to make the switch” to electric vehicles even if state and federal governments were dragging their heels.

“Unlike Scott Morrison, Australians can see that EVs will not ruin the weekend,” Mr Merzian said in a statement.

“Australians want the government to make it easier for them to get behind the wheel of an EV and for the sale of petrol cars to be phased out sooner rather than later.” The Australia Institute’s polling found that almost two in three Australians (62 per cent) supported the use of taxpayer subsidies to reduce the costs of buying EVs – including 65 per cent of Coalition voters and 64 per cent of Labor voters.

It found support for the subsidies outweighed their opposition across all age groups, with people aged 40 to 49 the most in favour (74 per cent) and people aged older than 60 the most opposed (31 per cent).

The overall majority held across the four largest states, too. New South Wales led the pack with 67 per cent of residents in favour of subsidies, while Queensland came up the rear with 54 per cent in favour. 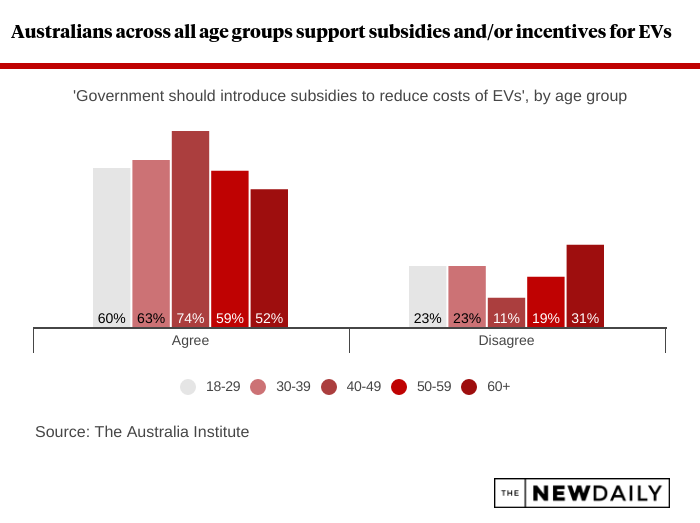 As for the second policy question, three in five Australians said they would support a ban on the sale of new fossil fuel vehicles from 2035, including 49 per cent of Coalition voters and 65 per cent of Labor voters.

“A majority of voters across the country and in every age group back these policies but, for some reason, the government is refusing to support the uptake of EVs in Australia in any meaningful way,” Mr Merzian said. 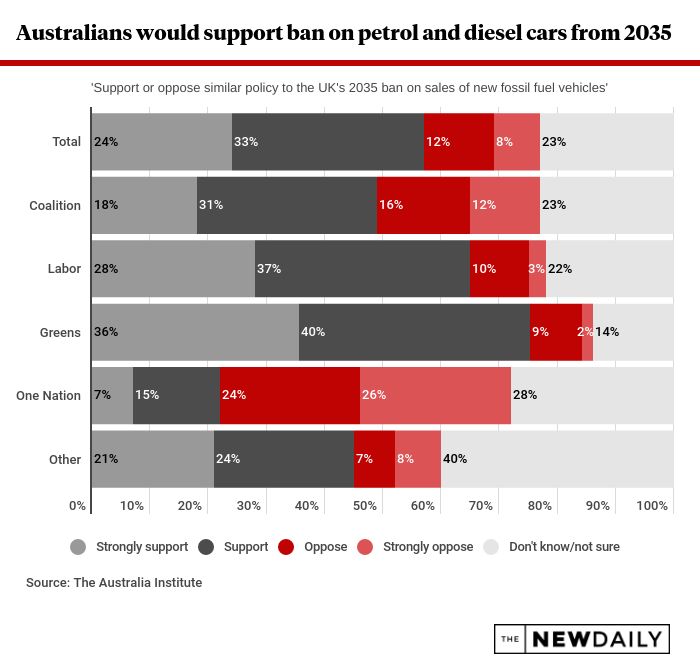 The research was released to coincide with the next meeting of the Parliamentary Friends of Climate Action, to be held at Parliament House on Thursday.

It comes after the Morrison government in February ruled out introducing taxpayer subsidises in its much-maligned Future Fuels discussion paper, despite official advice provided to the Turnbull government in 2018 describing them as the best way to encourage faster uptake. 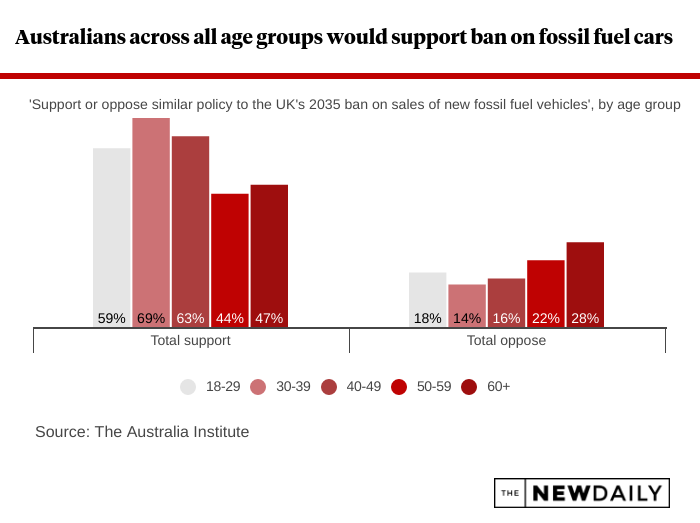 The parliamentary forum on Thursday will discuss the slow uptake of EVs in Australia and will hear from EV entrepreneur and JET Charge CEO Tim Washington, the Norwegian ambassador to Australia, the corporate communications manager at Mercedes-Benz Australia, and a former deputy chief of the Royal Australian Air Force who is an expert in fuel security.

The group was established by crossbenchers Rebekha Sharkie and then memberfor Wentworth Dr Kerryn Phelps, but it counts Labor, Greens, Liberal and independent MPs among its members, including independent member for Warringah Zali Steggall and Liberal MPs Tim Wilson, Dave Sharma, and Trent Zimmerman.

In a speech to Parliament this week, Mr Zimmerman said expanding the market share of electric vehicles “must be a focus of our work” if we are to achieve net zero emissions by 2050 – “which surely must become our goal”.

Mr Zimmerman said electric cars would have to account for close to 100 per cent of cars in Australia by the mid-2030s for the country to reach this goal, as the average age of cars on the road today was just over ten years.

“Adopting such an ambitious target would provide an important signal to the car industry and the certainty they need about Australia’s intentions,” he said.

The federal MP for North Sydney added that state governments should follow the Berejiklian government’s lead and aim for 100 per cent electric or low-emissions bus fleets by the end of this decade.

He also said Australia should be open to “early and short-term subsidies” for EVs and called for the removal of the luxury car tax at the federal level and cheap car registration, stamp duty discounts and toll relief for EVs at the state level.

“What [state governments] should not do is follow the lead of the Victorian government in implementing new road user charges on EVs while the market is so thin. The Victorian approach is a disaster for encouraging motorists to buy an electric vehicle,” he said.

TND readers can have their say below