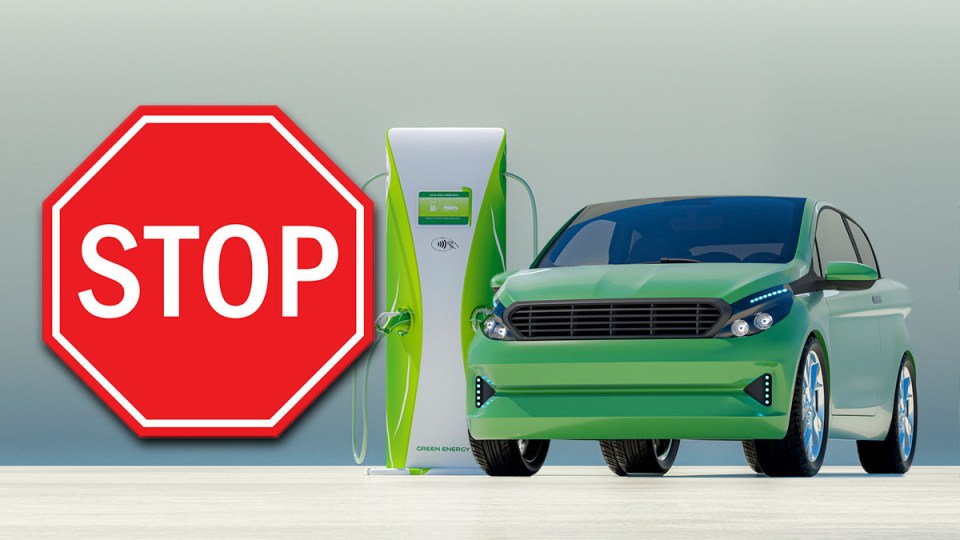 Critics say road-user charges will slam the brakes on the transition to electric vehicles. Photo: TND

The state governments of Western Australia, Tasmania and the Australian Capital Territory have either categorically ruled out or downplayed the possibility of introducing road-user charges on electric vehicles (EVs).

A week after the Electric Vehicle Council released data showing EVs accounted for less than 1 per cent of total cars sold in Australia in 2020, The New Daily can reveal Victoria is the only state government with plans to introduce a levy on zero- and low-emission vehicles this year.

South Australia was the first state to announce its intention to tax EV owners: Treasurer Rob Lucas revealed in the state budget in November that, subject to the measure passing state Parliament, his government would introduce a road user charge from July 1.

But Mr Lucas then issued a statement on March 4 revealing the South Australian government would delay introducing the charges until July 1, 2022.

Since then, The New Daily has asked every state and territory government whether they are considering introducing a tax on electric vehicles, and only the Victorian and South Australian governments revealed concrete plans to do so.

The ACT categorically ruled them out, Tasmania said it was “definitely not on our radar”, and Western Australia said its EV strategy “does not propose the introduction of any road user charge for electric vehicles”. 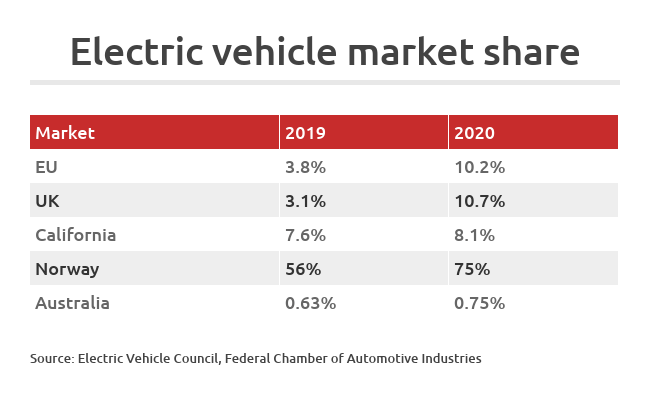 Meanwhile, a Queensland government spokesperson kept the door open to a road-user charge on EVs, telling The New Daily the issue required “genuine leadership from the federal government” and would “need to be considered more broadly by all governments in coming years”.

New South Wales confirmed it is investigating the possibility of introducing an EV road-user charge, with state treasurer Dominic Perrottet saying “it is unfair that somebody who is driving around in an EV doesn’t have to pay tax for using the roads, but a tradie driving a HiLux does”.

And the Northern Territory did not respond to The New Daily‘s questions. 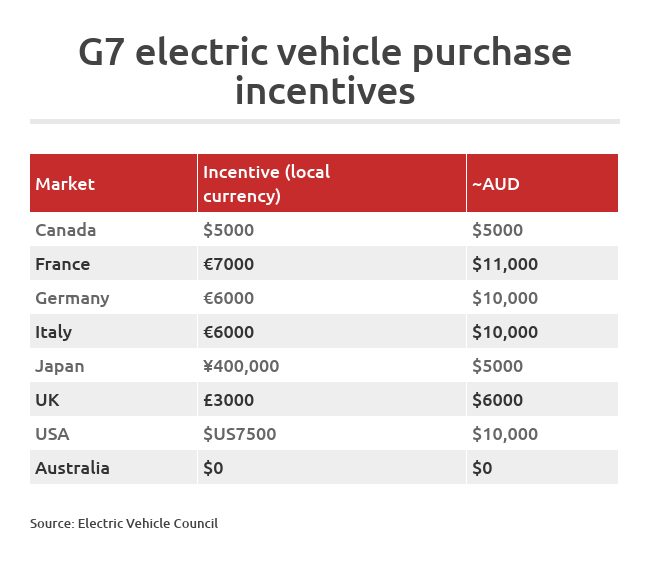 The state treasurers of Victoria and South Australia said they wanted to introduce road-user charges for EVs to ensure all motorists contributed fairly to road maintenance, as EV owners pay no fuel excise tax.

But critics argue that money raised through fuel excise is not specifically dedicated to road funding and is instead funnelled into general budget revenue.

Research conducted by the University of Queensland also shows that introducing road-user charges for EVs would prevent Victoria and South Australia from achieving their target of net-zero emissions by 2050.

The academic behind the study, Dr Jake Whitehead, says it will be impossible for the states to hit these targets if electric vehicles comprise less than 90 per cent of the nation’s light vehicle fleet by 2050.

The federal government’s own modelling suggests that, even if the states decide against introducing EV taxes, the national fleet will only be about 65 per cent electric by 2050 – a figure that could fall to 40 per cent if Victoria introduces its tax without announcing more incentives.

Shane Rattenbury, the ACT’s minister for emissions reduction, said the state had ruled out road-user charges as they “would send a negative signal to the market and prospective buyers at a time when we need to be supporting the nascent electric vehicle industry”.

“A new charge would add complications for current and prospective electric vehicle owners, creating yet another barrier at a time when we really need to be incentivising uptake,” Mr Rattenbury told The New Daily.

“We are seeing what is happening in the rest of the world where the use of electric vehicles is surging due to governments who are actively supporting their rollout.

In its state budget last month, the ACT government said it would give electric vehicle owners free car registration for two years and provide interest-free loans worth up to $15,000 for people hoping to buy one.

The territory hopes to reach net-zero emissions within 25 years.

“We need to do everything we can to rapidly reduce emissions, and that means an efficient and strategic shift away from vehicles that are powered by fossil fuels,” Mr Rattenbury said.

If passed, Victoria’s road-user tax would charge EV users 2.5 cents for every kilometre travelled and cost the average motorist between $260 and $330 a year.

The Victorian government expects to raise about $30 million over four years from the tax – less than the $45 million the state government allocated towards EVs in its November budget.

Asked if he was worried the EV tax would discourage Victorians from buying electric cars, Victorian Treasurer Tim Pallas referred The New Daily to other Victorian government policies aimed at driving faster uptake.

“We’re encouraging the uptake of zero- and low-emission vehicles with discounted vehicle registration fees and stamp duty concessions, investing in fast-charging networks for motorists across major highways and tourism destinations, a state-wide trial to investigate solutions to achieve a zero-emission bus fleet, and funding to introduce electric vehicle-ready provisions for new buildings from 2022,” Mr Pallas said.

“We are also ensuring that all motorists, including commuters, couriers, tradies and Tesla owners, pay their fair share to use our roads.

“Low-emissions vehicles will continue to pay a fraction of what conventional diesel and petrol engine vehicles pay, and the amount we expect this excise to generate each year is less than our more than $45 million investment in supporting the use of zero- and low-emission vehicles.”

Nevertheless, Australia lags far behind comparable countries in electric car sales, with advanced economies like the US and Norway having introduced taxpayer subsidies and the Morrison government having ruled them out.

Victoria goes it alone with electric vehicles tax this year